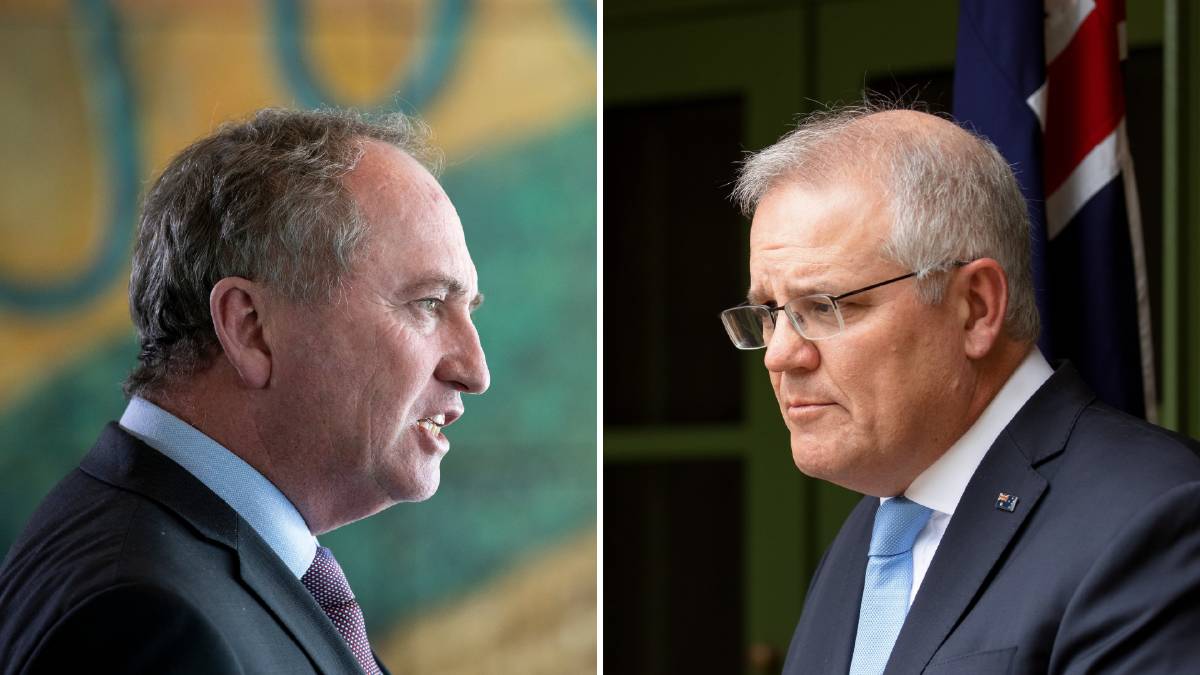 Senior Nationals have warned the climate brawl "could get ugly" if the government pushed through a net-zero target, however Prime Minister Scott Morrison has already made moves to sideline the junior Coalition party if it can't come to an agreement.

SENIOR Nationals have warned the climate brawl "could get ugly" if the government pushed through a net-zero target, however Prime Minister Scott Morrison has already made moves to sideline the junior Coalition party if it can't come to an agreement.

The proposal to reduce greenhouse gas emissions to net-zero by 2050 will be discussed again on Tuesday, but details of the discussions are being kept behind close doors. Despite the public stoush, the plan was not mentioned by the Coalition leadership at the joint party room meeting.

The Prime Minister is under international pressure to bring stronger climate action commitments to the United Nations Climate Change Conference in Glasgow at the end of the month.

Nationals Senator Matt Canavan, who is "dead set against" a net-zero target, has complained the government hasn't provided any modelling for its 2050 net-zero plan, and promised to campaign and vote against any associated legislation.

However, Mr Morrison has already made a number of shrewd political moves to ensure Nationals politicians will have no option but to get on board.

Mr Morrison will put forward the new climate action plan as a Nationally Determined Contribution - a formal United Nations term for a climate target, rather than a non-binding statement - which doesn't need to be voted on by parliament, leaving disgruntled politicians such as Senator Canavan without the opportunity to cross the floor.

Nationals leader and Deputy Prime Minister Barnaby Joyce conceded the decision would be made by the Cabinet and not his party room, but left the Prime Minister with a warning that it was best for everyone to listen to the concerns of the Nationals.

"It is correct that a decision of Cabinet is not a decision that comes to a vote or has anybody crossing the floor," Mr Joyce said.

"But I'll add to that: a decision of Cabinet that does not carry the view of [some] Cabinet ministers has a couple of outcomes - some of them are not what you want for harmonious government."

Nationals Resource Minister Keith Pitt said he was against a net-zero target, however as a minister outside of Cabinet on the government's executive team, he would back whatever the government's decision was.

Mr Pitt made it clear that so far, no decision had been made.

"It's a 'no' as the Deputy Prime Minister has said, but those discussions are ongoing," Mr Pitt said.