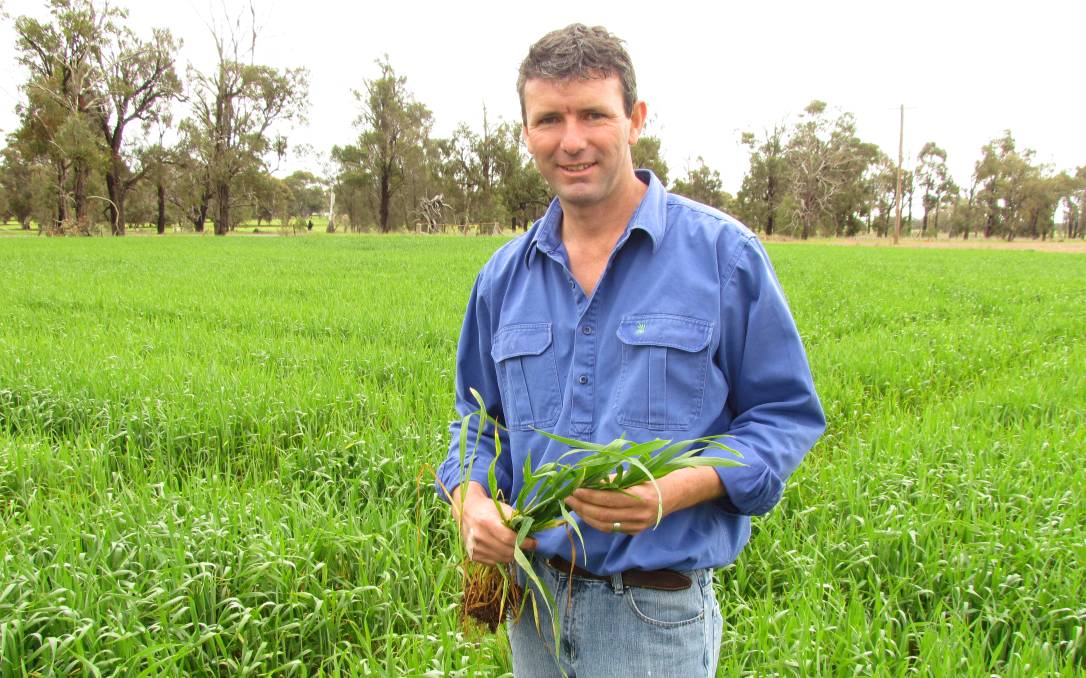 While supportive of the Victorian government's vaccine roll-out, Grain Growers chairman Brett Hosking said he did not feel a vaccine mandate for ag workers was necessary.

The grains industry is worried COVID-19 policy such as vaccine mandates and disrupted cross border mvoements could upset a busy harvest.

NAVIGATING the nuances in COVID-19 policy across different state jurisdictions is proving a headache for the grains industry as harvest begins to heat up.

Of particular concern is the Victorian government's mandate for compulsory vaccines for all essential workers.

Agricultural workers fall under this banner.

Further to the north, farmers on the Queensland / NSW border say some ag workers are uncomfortable crossing the state borders for fear that constantly changing regulations may leave them stranded.

Grain Growers chairman Brett Hosking said the vaccine mandate was another layer of complexity for Victorian farm businesses to manage and added to the challenge of attracting staff.

"There is already a shortage of staff but farmers may find themselves in the position of having to knock back potential workers if they have not had their jabs."

Mr Hosking, based in Victoria's Mallee, said while he supported vaccination and all those working in his own business were covered, he was not sure the mandate was required in agriculture.

"We've been zooming through our vaccination targets in better than expected time, I think the carrot has been working so I don't know that there is the need for the stick," Mr Hosking said.

"Another problem is the constantly shifting goalposts, farmers are nervous about whether requirements for a single dose will be changed to a double dose as we've seen in other sectors, it is not always easy to bring forward bookings in rural areas," he said.

"Finally I think the responsibility for compliance will have some growers in a cold sweat.

"Harvest is a busy time, people are coming onto the farm all the time, whether its contracting staff, transporters or mechanics, is the grower going to have to take down vaccination details in every instance?"

He said the ever-changing regulations had eroded trust so people were not keen to take risks on venturing from Queensland to NSW.

"At present the cross-border bubble should allow people across but the concern is if a case is found somewhere in the bubble and suddenly a worker is forced into 14 days quarantine just as harvest heats up," Mr Woods said.

"There are farm businesses which are not sending their technicians into NSW as they feel the risk is too great as we move into full swing with harvest."

Brendan Taylor AgForce grains section president said the limitations on cross border movements were creating a strain on the harvest workforce, but so far crops were coming off in a timely fashion.

"Queensland has always relied heavily on contractors from the south and with the disruptions it is making things a little more difficult, however for the most part people have it worked out, you just have to have your ducks in a row in advance," Mr Taylor said.

"Lots of people are talking to each other looking for workers, but potentially the smaller harvest in Central Queensland has meant more workers that normally work there have come to the south where there is more grain, so that works in our favour."

"Some of the initiatives such as Grain Producers Australia's Operation Grain Assist are also helping get more workers where they are needed, they are probably more short-term solutions but every bit helps and hopefully next season the landscape is a little different," he said.