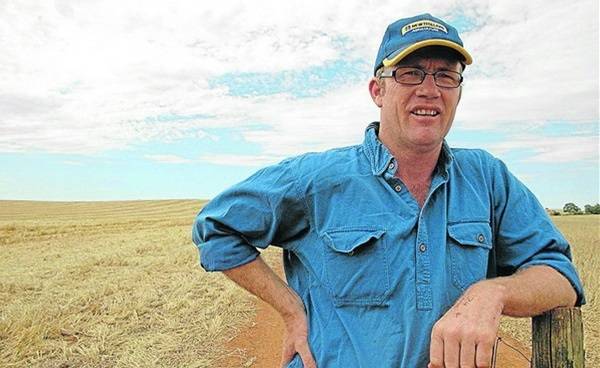 South Australian grower Stephen Ball is resigning from the Grain Producers Australia board to concentrate on an expanded farm business.

SA farmer Stephen Ball has stepped down from the Grain Producers Australia board meaning there is a vacancy for a southern director.

GRAIN Producers Australia has a vacancy for a southern director to fill on its board due to the resignation of Stephen Ball due to increasing work commitments.

GPA, one of the country's peak grain grower lobby groups, will have a casual vacancy left by Mr Ball's departure, which will then be ratified at next year's annual general meeting.

Chairman of the organisation Barry Large paid tribute to the work of Mr Ball, who was a director for six years before stepping down in light of expansion in the family farming business.

Mr Large said there was now an opportunity for a grower in the organisation's southern zone, encompassing Victoria and South Australia, to step up.

"GPA provides a great opportunity, like Steve Ball has done, to represent growers' interests on national issues and contribute your time and energy to making our industry better," Mr Large said.

"GPA also has important legislative responsibilities representing all levy-paying growers to the Grains Research and Development Corporation with oversight of strategic investments in RD&E (research, development and extension) valued at about $200 million per year.

"We also represent and protect growers' interests on biosecurity, through Plant Health Australia.

"Another strength of GPA is the make-up of our Policy Council where State Grains Councils and their leaders represent grass roots networks of growers, to champion their voices on the real issues they want solved and advocated.

Nominations for the vacant GPA Southern Region Director are open to GPA Members in Victoria and SA and can be submitted to admin@grainproducers.com.au by Wednesday 10 November 2021.