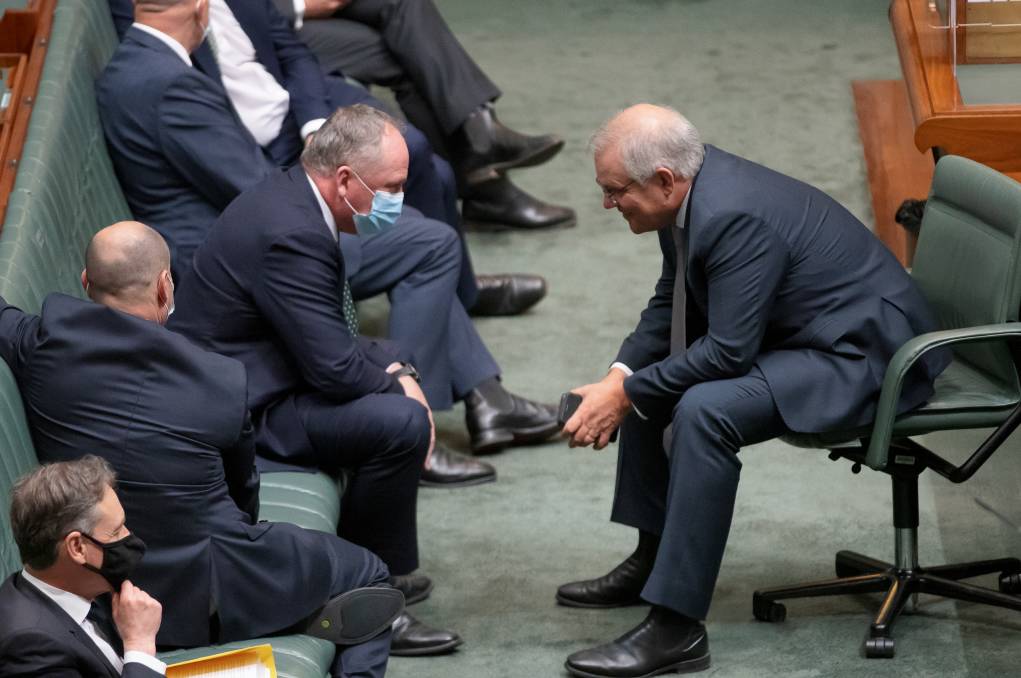 Senior Liberals have insisted Australia signing up to a 2050 net zero climate target will not cost farming and mining jobs as Scott Morrison mulls the Nationals' demands.

Senior Liberals have insisted Australia signing up to a 2050 net zero climate target will not cost farming and mining jobs as Scott Morrison mulls the Nationals' demands.

It is understood the list is a broad set of principles rather than a wishlist of specific projects or spending commitments.

The Nationals will meet again on Sunday afternoon to receive an update on the negotiations.

Mr Morrison is confident he will be able to take a 2050 net zero target to COP26 climate talks starting in just over a week, with federal cabinet making the final decision.

He told reporters on Friday there would be a decision made early next week and make an announcement before jetting off to Glasgow for the conference.

"I expect to see some further information today and we'll work through that, and determine what we'll take forward to cabinet next week," the prime minister said.

"It's not a binary choice between a strong economy and a lower-emissions future. We can have both. That's our plan," he told Sky News.

"Obviously we'll have more to say in coming days."

Defence Minister Peter Dutton said Australia would not sign up to anything that would damage the farming or mining sector.

"But equally we need to be realistic about - from the Queen, Rupert Murdoch down - people have signed up to zero 2050 target," he told Sky.

"That's the reality for many of our trading partners."

Mr Dutton warned his coalition colleagues that infighting on climate policy could be fatal if it continued into a campaign.

"From our own perspective, we can be fighting about climate come the next election - we'll lose that election," he said.

"We can have a pragmatic government that is about making sure that we can secure jobs, we can keep small businesses going."

Deputy Labor leader Richard Marles said the government was risking jobs in regional Australia if it did not take more action on climate change.

"The person who is really the prime minister of this country is Barnaby Joyce," he told the Nine Network.

"That's how it works under this government. He is the one who is calling the shots here."

At the heart of the Nationals' concerns is the impact of deeper emissions cuts on rural and regional jobs and industry, especially mining and farming.