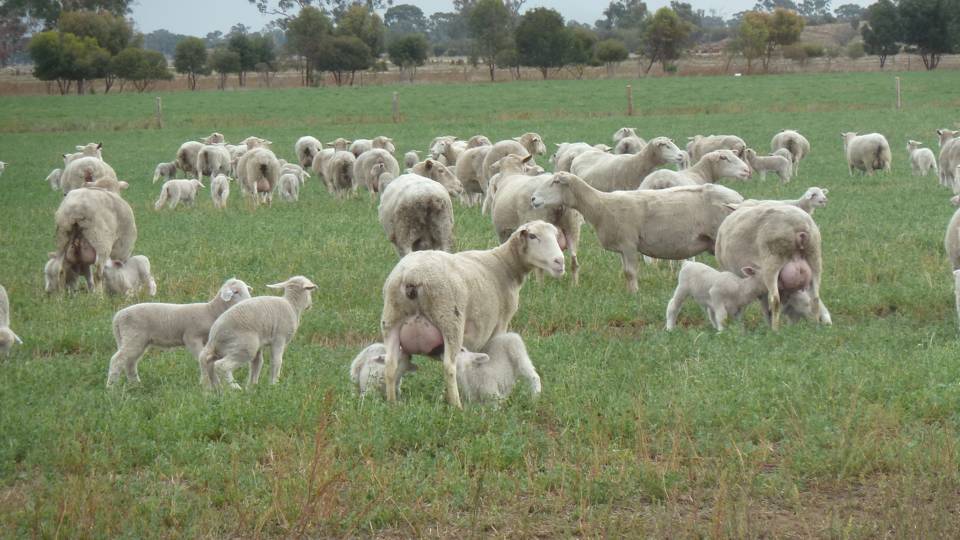 Lambs are particularly at risk with wet and windy conditions.

NSW is in for another day of heavy rain and thunderstorms ahead of conditions predicted to ease over the weekend, as some parts receive more than a month's worth of rain in a matter of days.

A severe thunderstorm warning is in place for Canberra, Cooma, Yass, Wagga Wagga, Young and Tumbarumba on Friday morning, with damaging winds and heavy rainfall likely.

The Bureau of Meteorology has issued a sheep graziers' alert for many areas of the state. Young lambs could be particularly at risk.

Colder temperatures, showers, and gusty west to northwesterly winds are expected around the state on Friday, continuing a cold and wet week that has delivered intense rainfall and thunderstorms.

On Thursday Dubbo was hit with 43mm, with most of it falling in just 30 minutes.

Up to 9am on Friday, Orange received 77mm and Newcastle 71mm.

Aussie outback cops a pasting from the super storm

Narrabri already received more rain than it typically expects for November after 76mm fell overnight on Wednesday into Thursday.

The heavy rain trapped an empty school bus and three 4WDs between two fast-rising creeks near Narrabri on Wednesday afternoon, however the SES was "heartened" to see they called for assistance and did not drive through the floodwaters.

In Bingara, the SES ferried stranded holidaymakers out of a flooded caravan park

Tibooburra, near the NSW, South Australia and Queensland borders, was hit with a 104km/h wind gust shortly after midday on Thursday, which also brought an intense torrent that dumped 13mm of rain in 20 minutes.

The Gwydir River peaked at 6.75m on Thursday afternoon before receding to around 6.11m at Gravesend, causing some minor flooding.

Flood warnings are in place for the Lachlan River at Nanami, the Gwydir River at Gravesend, Pallamallawa, and Yarraman Bridge, and the Mehi River at Moree.