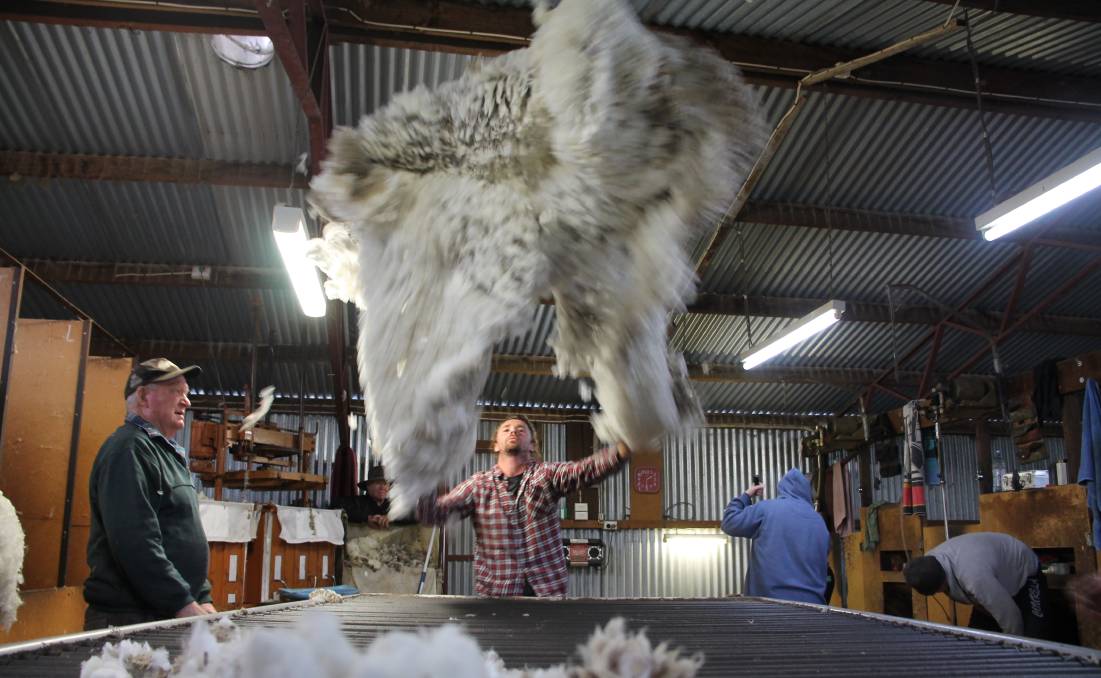 With over 90pc of Australia's greasy wool exported to China, experts are saying supply chain security is key for the Australia's wool future

The discussion for Australia to be able to process wool domestically has been reignited amid reports the Chinese government deliberately restricted electricity use in a move that caused slowdowns in mills.

In early October production in wool conversion plants were reduced by up to 40 per cent resulting in a sharp fall in the Australian wool market and the Eastern Market Indicator (EMI) losing 31 cents.

And with over 90pc of Australia's greasy wool exported to China, experts are saying supply chain security is key for the Australia's wool future.

According to Elders wool manager Michael De Kleuver, China has a real hold on the processing space.

"At the end of the day, last year 92pc of our wool went to one destination - China. It's a big number," Mr De Kleuver said during an Ag Watchers podcast.

"China are very dominant player in that early stage processing and can very much control that market.

"There is an increasing appetite to do more processing here in Australia, but money is an issue."

He said to process wool in Australia today, early stage, is not dissimilar to doing it in China.

"It sounds remarkable 30 years from when China started, but there's now a credit limit for Chinese companies where there wasn't," he said.

"And there is pollution control in China that there wasn't around in the 90s, so they are suffering all the same rules that we are.

Those in the industry are now hoping the situation in China will encourage investment in more plants in Australia such the proposed Blackall, QLD and Kangaroo Island, SA plants.

It found it would create 88 full-time jobs during construction and 812 full-time jobs in the region once operational, including 270 directly associated with the scour.

It also found the operation would generate $116.3 million in gross regional product per year.

Queensland Wool Processors, chaired by Central Queensland University chancellor John Abbott AM, is using the feasibility study as the basis for claims it would capture three value-adding steps in wool processing - scouring and carbonising, top-making, and yarn spinning and dying.

Mr Abbott told ACM it would need around 10 million kilograms of greasy wool a year, which they would buy on the Australian market.

"At the moment, everything gets put on a truck for a trip south to be sold. Then it gets put on a boat for China, then on another boat to Europe for fabric formation," Mr Abbott said.

"It's our intention to take out all the logistical steps, to reinvent the industry on a new logistical basis."

And in a flagship opportunity to reinvigorate the wool industry, Kangaroo Island Wool (KI Wool) has proposed to develop a mill to process local wool and make garments.

The project has received $900,000 in Local Economic Recovery funding through the National Bushfire Recovery Fund with the aim to have the money spent by June 2022.

KI Wool has already purchased most of its equipment consisting of a mill from Orange, NSW, which comes with its own master spinner who will relocate to the Island; dryer and scourer from the US; knitting machine from China and garment machine from Japan.

"I think it would be fantastic if it happened. I came into the industry in the 80s where there was a resurgence of local processing where there were any number of processors, but eventually they got forced out because of competitive pressure from China," Mr Hart said.

"They just couldn't compete with the Chinese with their cheap labour and environmental protections and eventually they took over the game."

Fast forward to today, things have changed and both China's labour costs have risen and continue to rise, in addition, they are becoming increasingly sensitive to protecting their own environment. And with that, comes costs.

"We also have to remember is there is a lot less wool produced in Australia nowadays than there was in the 80s and 90s. We are producing less than one third than we were back then," Mr Hart said.

"As much as I would love to see it happen I am pretty cautious about the possibility of it."