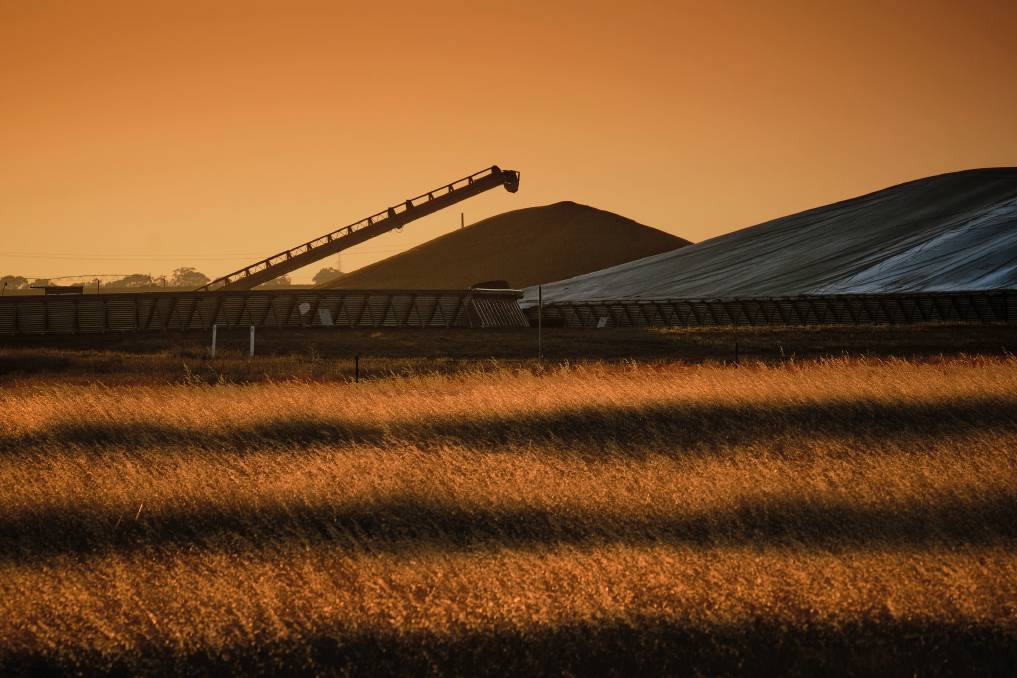 Russia is in the headlines with plans unveiled to use grain export quotas.

In a week when the US Department of Agriculture (USDA) released the latest chapter in its intriguing, but never-ending, world agricultural supply and demand saga, it was Russia that took centre stage.

Russia has confirmed plans for the introduction of grain export quotas in the New Year, along with possible changes to the existing export duty.

The escalation of export restrictions comes as food inflation in Russia runs at a five-year high, and global wheat prices continue to rise in a concerted effort to ration supply.

The new measures are being introduced in a bid to cool inflationary pressures by boosting upcountry stocks and increasing supply to domestic consumers.

The Russian Agriculture Ministry's announcement on Wednesday last week initially led to a degree of market confusion around the actual start date of the proposed quotas, making mention of January.

But it is now believed that the finer details of the export restrictions on a range of commodities, including wheat, will be determined in December and announced in January.

The new export quotas are expected to start on February 15, as previously mooted, and run until the end of the 2021-22 marketing year on June 30.

The size of the wheat quota will be determined by two things - final 2021-22 production and the pace of exports in the first six months of the marketing year.

In late October, the Russian government reduced its wheat production estimate to 75 million tonnes, which would be 10 million tonnes lower than last season.

In last week's communique, the Russian Agriculture Ministry also stated that the existing floating export duty formula may be modified to impose higher taxes if global wheat prices got close to the US$400 per tonne level.

Russian 12.5 per cent protein wheat was quoted as high as US$340/t free-on-board (FOB) for December shipment at the close of last week, which was up by about US$100/t since the start of the current marketing year.

Moscow introduced the floating export tax in June this year, with its magnitude determined by the Agriculture Ministry weekly.

It is based on a formula that applies a 70 per cent tax to the difference between the government-determined base price and the current market price.

If the global wheat market continues to rally, which is highly probable given the current supply and demand imbalance, and Moscow decides to tweak the formula, it has two options.

It can either reduce the base price - currently at US$200/t for wheat - or it can raise the 70pc tax rate.

Or the government could do both, such is the unpredictability of the authorities in Moscow.

The conundrum for Russia is a tightening global wheat balance sheet, which is clashing with a poor domestic production year.

Russia has been the world's biggest exporter of wheat in recent years.

They know that as world wheat values rally, the exporters can pay more for their grain.

Theoretically, the grower bid should be 30 cents higher for every dollar increase in the export price.

But if the exporter is squeezed, it will likely be more.

The Russian government gets the other 70 cents of course.

Russian wheat exports reportedly totaled 15.3 million tonnes in the first four months of the 2021-22 marketing year, although it is difficult to get accurate and timely data.

That is almost 19pc lower than the 18.8 million tonnes that was shipped in the same period last season.

And, as the winter freeze sets-in across Europe, it will be impossible to maintain the current pace of wheat exports.

Even 3 million tonnes per month would be quite an optimistic outcome and would put exports at 25.8 million tonnes by the time the quota is introduced on February 15.

When the flat export tax of US$60/t was introduced early this year, Russia only exported 2.5 million tonnes of wheat in the March to May period.

The latest market talk out of Russia is a wheat export quota possibly as low as 5 million tonnes for the February 15 to June 30 period.

This is much lower than earlier suggestions of 1.5 million tonnes per month.

The former would put 2021-22 exports at 30.8 million tonnes, which is slightly lower than the Russian government's export target of 31.5 million tonnes.

And the latter would put exports slightly higher at 32.6 million tonnes by the season's end.

However, both scenarios are still much lower than the USDA.

Despite all the talk about increased export restrictions, the USDA raised its Russian wheat export forecast by 1 million tonnes to 36 million tonnes in last week's monthly supply and demand update.

The Russian farmer will largely determine the pace of the nation's exports in the next three months.

With new demand from global consumers surfacing every week, the world wants more from them at the moment than they are prepared to concede.

The same can be said of most of the major Northern Hemisphere exporters.

The market needs a widescale capitulation by the Russian farmer.

Maybe a floating tax approaching US$100/t and the prospect of an export quota may be enough to loosen their grip and entice them to sell nearby wheat ahead of the mid-February deadline.

The story Russia continues to steal the grain market limelight first appeared on The Land.