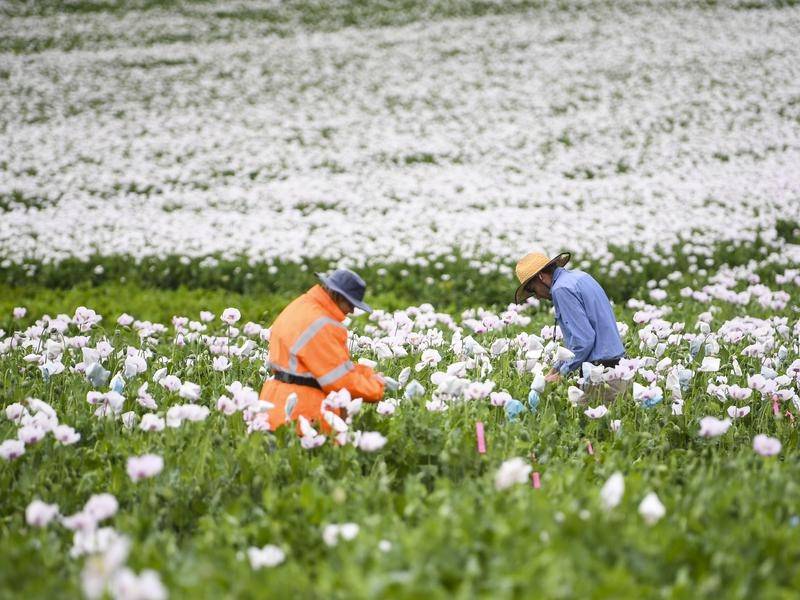 Australia is negotiating to create a new agriculture visa for workers from Southeast Asia.

It's feared a new visa scheme to bring Southeast Asian workers to Australian farms may have consequences for a willing and able Pacific workforce.

It's hoped arrivals will be on Australian farms within months, but questions remain about whether the new scheme is needed at all, and if so, what it means for the Pacific, for local producers and for the workers themselves.

Professor Stephen Howes, director of the Development Policy Centre, questions the need to look outside the Pacific for workers.

"While there is a shortage obviously this year, it's ridiculous to suggest that the best way to address that shortage is to create a completely new visa, negotiate new agreements with a whole new set of countries and get workers in," he says.

"It's obviously problematic to have two visas for two different sets of countries to do the same work."

The labour pool from the existing schemes, which includes nine Pacific island countries as well as Timor-Leste, is far from depleted, Howes adds.

"There are many more workers from the Pacific who are very willing to come here, it's not like there's a shortage."

The new visa is available to skilled, semi-skilled and low-skilled workers across a broad range of agricultural industries, including meat processing, fisheries and forestry, according to the federal government.

More than 15,600 Pacific and Timorese workers are currently in Australia and the government has committed to doubling that number by March 2022.

There are also 55,000 pre-screened Pacific workers ready to come to Australia, subject to available quarantine places.

The federal government stresses the new visa program is about assuring the sector it will have access to workers in the future.

"It is in addition to the existing visa pathways including the Pacific programs and provides assurance to our primary industries that they will be able to access the unskilled and skilled labour they need into the future," Agriculture Minister David Littleproud says.

Phase one of the new visa will be restricted to a small number of employers already accredited through the Pacific schemes.

Phase two, from April 2022, will see a steady increase in both the number of workers recruited and countries participating.

The new visa comes as a requirement for British backpackers to work 88 days in regional areas if they want to extend their stay is phased out, leading to fears of shortfalls in the seasonal workforce.

Cotton Australia chief executive Adam Kay says about 80 per cent of more than 400 applicants looking for work via the Cotton Jobs Australia platform over a five-week period do not hold Australian passports, meaning they may be ineligible or not able to begin work immediately.

"We appreciate the government's efforts in the Pacific but there are still short-to-medium term needs that must be addressed to assist farmers," Kay says.

However Senior Social Justice Advocate for Uniting Church Australia in Victoria and Tasmania, Mark Zirnsak, sees no evidence of a shortage of Pacific workers.

Zirnsak has been involved with the Pacific Seasonal Workers Program since 2014 and says the pandemic has meant arrivals have been unable to get home, forcing them to live off their savings.

"Of the workers we have contact with, there's a very large portion of them that lack work," he says.

"There is a question mark about (if) we need this agricultural visa at all, and even if that case can be made, our argument (is) that the details of the safeguards need to be publicly available prior to starting to bring workers in.

"There's a fair bit of detail that's missing and ... given you've got 55,000 workers at least from the Pacific willing and able to come, what's the rush?"

All workers have the same rights and protections, regardless of citizenship or visa status and they will apply equally to workers under the Australian agriculture visa, the federal government says.

But Howes says there are strategic and economic reasons not to expand the potential labour pool outside the Pacific.

In contrast to countries with high populations and developing or established manufacturing and tourism industries, Pacific countries are typically isolated, remote and don't have the same employment opportunities.

There are also concerns about exploitation of overseas workers, a problem that some believe needs to be addressed as a priority.

The mayor of Bundaberg, in Queensland's agricultural hub, wants a royal commission into the treatment of overseas workers "to cut through competing interests without bias and make recommendations that provide a clear way forward".

"Most farmers do the right thing, but there are concerns that shonky labour-hire firms are leading a race to the bottom," Jack Dempsey says.