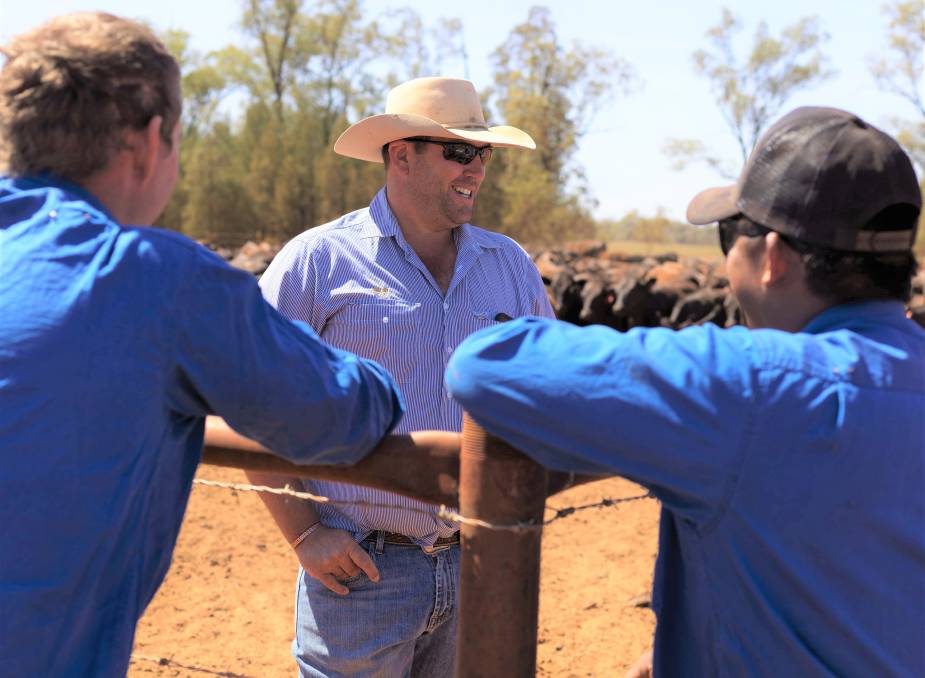 HEAVY LIFTING: The people behind Australia's biggest beef operation, AACo, are taking the reins to drive fast and significant progress in sustainability.

NATURE-POSITIVE is the way big beef producer Australian Agricultural Company is describing the end destination of an ambitious sustainability journey set to blaze new trails and open substantial doors for the country's livestock industry, and indeed the wider agricultural sector.

The company, Australia's largest and oldest in the cattle game, has revealed a set of initiatives it intends to pump millions of dollars into that tackle climate change, social licence and long-term economic viability head on.

AACo, which is custodian of some 6.4 hectares of remote and pristine country, runs around 340,000 head across properties in Queensland and the Northern Territory and has just posted a half-yearly $30 million operating profit, says it takes its responsibilities around sustainability seriously and is willing to do the heavy lifting.

It's five-pronged sustainability framework, unveiled at a special event in Brisbane on National Agriculture Day, has been heralded industry-shaping and world-leading.

Chief executive officer Hugh Killen said the company would be collaborative - "we will share and make as much of what we learn available to other pastoralists as we move through this journey."

"Our ambition is to reshape Australian agriculture to meet the demands of a changing world," he said.

The headline initiative is a $6.5m collaboration with Food Agility to carve out a new method for estimating and forecasting soil carbon using satellite imagery. The aim is to obliterate the cost-prohibitive, time-consuming nature of current soil carbon measuring methods for rangeland livestock producers and open the way for thousands of Australian farmers to participate in the growing carbon market.

Other initiatives are just as groundbreaking.

AACo is looking to fast track the commercialisation of the seaweed additive asparagopsis to reduce methane emissions from long-fed cattle in feedlots.

Working with Tasmania company Sea Forest, Meat & Livestock Australia and the University of New England, it will take the technology to real-world application at scale, starting with 80 head of feeder cattle but with the aim of eventually extending the use of the additive across its entire herd.

"The science behind emerging technologies such as feed additives is completely sound but there are still very significant challenges in taking it to an operational strategy that can be applied at scale," Mr Killen said.

"It's one thing to be able to control dosing in a feedlot but solving that problem in a rangelands environment will be far more difficult."

It's recognised that it will only be through large enterprises taking on significant trials that the application of this technology can move to the broader industry in the time-sensitive manner now required by the climate challenge. AACo has been applauded in both science and industry circles for going 'hard and fast' to deliver that outcome.

Working alongside a company called Accounting for Nature, AACo has also vowed to develop an industry-first methodology for measuring the change in natural capital values, such as biodiversity, at scale in northern Australian rangelands.

Mr Killen noted a program already exists to measure biodiversity, along with a way to earn credits, courtesy of government-led innovation and said this work would extend on that.

Natural capital at AACo was the elements of nature including air, water, soil, geology and all the living organisations that come together to support life, he said.

By 2023, the plan is to have a scientific, certifiable framework to measure natural capital at scale.

That will not only drive on-the-ground work in natural capital improvement but will provide opportunity for finance and 'green credit'.

Mr Killen said knitting together the work on methane, landscape carbon and valuing natural capital opens up the pathway for AACo, over time, to become nature positive.

Further to that is a plan to have in place an internationally-recognised Animal Health and Welfare certification standard for extensive beef production by 2024.

"Australia already has the highest animal health and welfare standards in the world and the next step is to leverage those standards with certification that will provide a significant opportunity to have our products recognised as they move around the world," Mr Killen said.

Finally, AACo has committed to its supply chain incubating trials in order to drive the rapid adoption and commercialisation of late-stage science.

To that end, it has launched The Wylarah Institute, which will be governed by an independent board, with the company contributing $500,000 a year to the fund.

"We get significant support in this industry from MLA and the CRCs in terms of running projects but we need to extend that and give the people working in science, and the entrepreneurs, the opportunity to move their work quicker into supply chains," Mr Killen said.