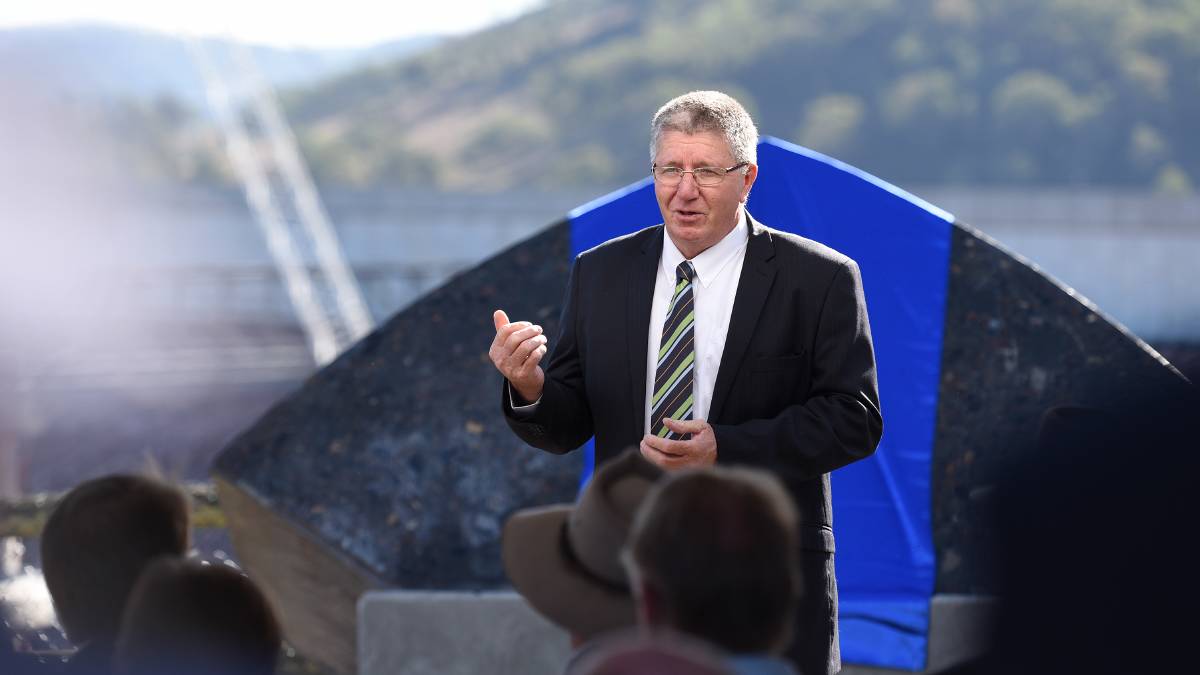 The retiring mayor plans to bring his appetite for "game changing" rural projects to the organisation.

A REGIONAL mayor is taking the helm of Infrastructure Australia and plans to bring his appetite for "game changing" rural projects to the organisation.

Cr Murray has more than two decades of experience in the construction industry, served as a councillor and mayor for 17 years, while chairing Regional Cities NSW and Regional Capitals Australia.

Cr Murray found himself at the centre of a Question Time storm in the second-last sitting week of the year, when Labor criticised his appointment, contrasting him with the previous chair, former British Airways chief executive and News Corporation director Sir Rod Eddington.

"What is wrong with the former mayor of Tamworth, does he not have quite enough letters after his name to be considered worthy by the Labor party?" Mr Joyce said in Question Time.

"A person who has been in the construction industry for 25 years, a person who's one of the leading mayors of NSW? A person who underpinned the growth of one of our great regional cities?"

Cr Murray wasn't surprised by the attack, but did find it "a little ironic" given the terms of reference for board members were created by the Labor Party.

"One of those prerequisites was to have strong experience in local government," he said.

"I'm not sure why there was such surprise and indignation about it - but that's Question Time."

Politics aside, Cr Murray won't be "a passenger on this journey" and vowed to bring his regional advocacy to Infrastructure Australia - while bearing in mind two-thirds of the population lived in capital cities.

"I've spent the last decade of my life putting a lot of effort into working for regional NSW and regional Australia, so it's no surprise that will continue into the future," he said.

In the Tamworth local government area, Cr Murray has overseen several projects that yielded big jumps in regional productivity - such as an intermodal hub, industrial estate and the extension of Chaffey Dam - and wants to take the same approach to a national level.

"Game changing projects like the Ord River Scheme and the original Snowy Mountain Scheme changed the face of Australia - they generated commercial opportunities for the future of the country that really propagate and stimulate GDP," Cr Murray said.

"There are lots of opportunities in places like northern Australia, and you can see the impact the Inland Rail is making to a large slice of eastern Australia."

In the coming weeks, the government will issue a revised Statement of Expectations to guide the future direction of Infrastructure Australia, with a stronger focus on rural, regional and remote infrastructure priorities.

Mr Joyce labelled the retiring Tamworth mayor a "champion of regional Australia", who would "bring a fresh perspective" to the organisation.

"That includes the infrastructure needed to ensure rural, regional and remote communities can grow and prosper."

Cr Murray said one of the key roles of government was to enable the private sector to do what it's good at.

"The government doesn't have to do all the heavy lifting, but it should lead from the front," he said.

"If the government shows confidence and has belief in a project, it will quite often be followed by significant private sector investment and that's just a historical fact."