Industry experts say the Merino will continue to be an important part of the sheep industry but warn the road to recovery for crossbred wool producers may be a long one. 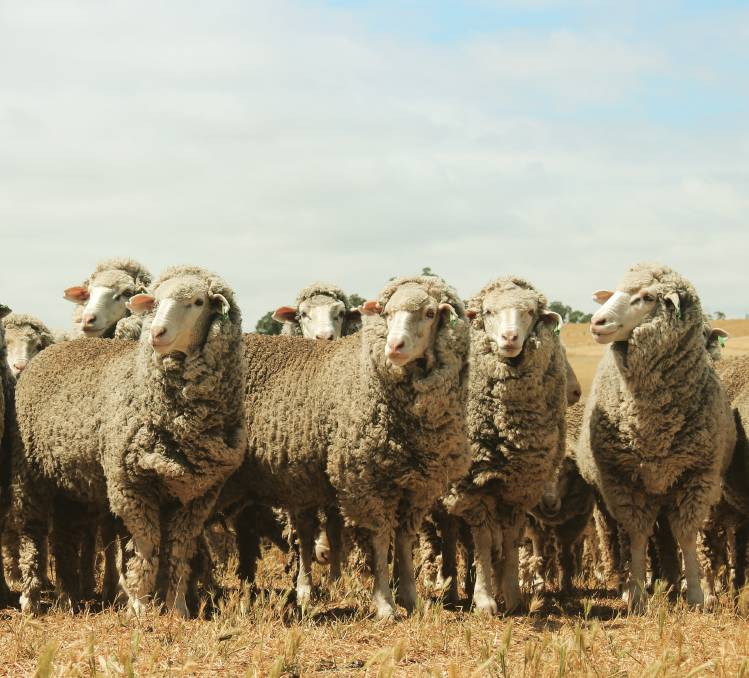 For the second consecutive quarter, Merinos made up less than 75pc of the total breeding flock of 41.8 million ewes.

Historically high lamb prices achieved in the last two years are influencing the expansion of Australia's sheep sector, with 90 per cent of producers intending to maintain or increase their ewe numbers.

This is according to the latest Meat and Livestock Australia (MLA) and Australian Wool Innovation (AWI) Sheepmeat Survey, conducted in October last year with results released in December.

But while it shows a high number of producers intend to increase their numbers this year, for the second consecutive quarter, Merinos made up less than 75pc of the total breeding flock of 41.8 million ewes, indicating a slight shift towards meat focused enterprises.

In fact, the intention to mate to Merinos has fallen to the lowest level ever, potentially spinning into a pattern of a constrained wool supply.

So is wool becoming a bi-product of the sheep industry?

Not according to industry experts who say the wool market is not "all the same".

Managing director of Mecardo, Robert Herrmann said it depends on where you're located and what your primary focus is.

"If you are a prime lamb producer, and doing very well out of prime lambs, you have this problem of crossbred wool worth nothing," Mr Herrmann said.

But for crossbred wool producers who have experienced a deteriorating market for the last two years, experts admit there won't be a sudden resurgence.

Executive director of the National Council Wool Selling Brokers, Paul Deane, said the underperforming of crossbred wool or coarser wool types is not expected to change in 2022.

"While demand for interior wools has benefited globally from consumers spending and within the house from the 'work-from-home' movement, it appears not to have been enough to offset the losses in the commercial interior textile market," Mr Deane said.

"The commercial market for interiors textile such as demand from interior refurbishments in cruise ships and movie cinemas around the world is likely to remain weak."

Market hits sweet spot for fine wool growers, but for how long?

Head of Agribusiness Insights for ANZ Michael Whitehead said even thought wool production has gone down over the last few decades, the demand has remained strong.

"What we have seen, and some of the numbers are showing it, because of the high lamb and mutton prices, perhaps a reasonable amount of wool is sitting in wool sheds or in storage houses.

"Producers have been able to hold back more and more because their meat cash flows allowed them to, and they are able to put it on the market later on."

He said the forecast for the finer microns remains strong with a recovering global economy adding to that, albeit a continuation of volatility in the market.

"There will always be volatility in the wool market, but we are not going to see some of the huge disruptions we have seen in decades past from global issues," Mr Whitehead said.

In the mid 1980s wool made up about 90pc of all the revenue of the sheep industry in Australia.

Since then, it has continued to decline from that peek through means of a changing and challenging industry to about 40pc of all sheep revenue.

But Mr Whitehead said 40pc is nothing to be worried about.

"The fact that is has gone to around 40pc or so is a good thing - the popularity of lamb and mutton is there on one hand, but 40pc is not a small amount of a market," Mr Whitehead said.