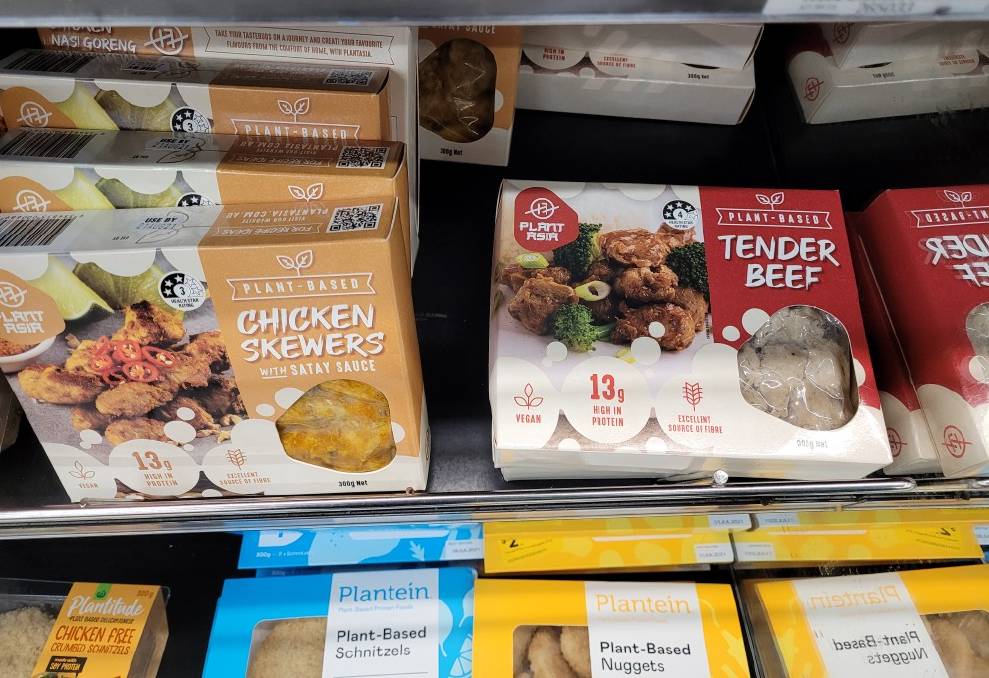 It says chicken and beef, with the words plant-based in smaller text above, but it's really junk food, red meat industry leaders say.

THE COAT TAIL riding nature of vegan food makers using terms like beef and chicken on their labels has been given plenty of air time as the senate inquiry into meat definitions played out but it seems what is on the back of their packaging poses the larger threat to red meat businesses.

Animal protein and science experts were among the last to give evidence in the high-profile inquiry and their message was clear: plant-based products do not have the same composition or nutritional profile of animal-based products.

The ultra processed nature of plant-based foods and the long list of chemical and additive ingredients means that any links between these products and real beef in the consumer's mind would drag down the reputation of Australian beef and lamb, the senate inquiry was told.

"Their product is not good for people. Therefore, we don't want to be linked to them," Australian Meat Industry Council chief executive officer Patrick Hutchinson said.

Public hearings have now finished and the Rural and Regional Affairs and Transport Legislation Committee is considering evidence, with a report expected next month.

Chair Susan McDonald has indicated recommendations would likely include changes to where plant-based foods were located on supermarket shelves so they are not 'co-mingling' with real beef, chicken and lamb.

Another would be around labelling - preventing the use of pictures of animals and the name of the animals on products that have no reference to animals at all.

ALSO SEE:Why the ACCC has not taken action on vegan food labels

Adjunct professor in biotechnology at Monash University Dr Paul Wood told the senate inquiry the use of terms like meat and milk by non-animal based products was an attempt to appropriate the well-recognised nutritional value of nutrient-dense animal products.

The evidence was clear that plant and animal products were fundamentally different in amino acid profile and in mineral and vitamin content, Dr Wood said.

"Even when plant products are supplemented with vitamins and minerals to look similar, these components are not absorbed in the gut in the same way as when they are provided in equivalent meat products or dairy products," he said.

"This is to do with bioavailability.

"Our regulatory authorities have a responsibility to protect the health of the nation. You cannot taste nutrition, and this is where we need to help the public."

"It's basically made up of about 20 amino acids. The quality and quantity of each have a huge impact on all vital functions in the human body," he said.

"Animal-sourced foods, on a dry matter basis, have about 68 per cent protein, whereas, other than the legumes, plant-based staples have less than 12pc.

"To put that into context, 45 grams of meat would give you the daily requirement. It would take 285 grams of wheat flour or 493 grams of rice to get the equivalent.

"Then, of course, what happens to all those excess carbohydrates? Basically it goes to fat."

The transition to more plant-based products, ones that have low amounts of high quality protein relative to carbohydrates, was driving the obesity epidemic, Dr Polkinghorne said.

Mr Hutchinson and Red Meat Advisory Council chair John McKillop said they would continue to fight vegan junk food makers who 'deliberately try to piggyback on our product and pretend that they are everything that our product is, when in fact they're not.'

Both urged senators to mandate. Voluntary codes of conduct would not be followed, they said.

Mr McKillop: "Say we switched it around. Say one of the meat processors decided to use an offal product and turn it into something that looked like chickpeas. Say they dried them out, put them in the vegan aisle and called them 'animal-based lentils'.

"There would be absolute outrage from the vegan groups. They'd say: 'You're trying to deceive us into buying a product that's clearly animal-based and you're trying to pitch it as something it's not.'

"Yet somehow these same groups seem to think that it's okay to do completely the same to us and put pictures of steers or cows on a product and call it beef and not think that we would find that offensive to our production systems."

ALSO IN BEEF:Why it's critical grass-fed cattle producers have a peak body