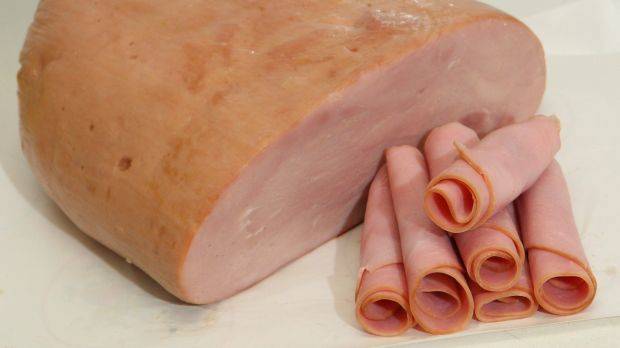 A FLOOD of cheap, pre-cooked pork products is smashing returns to the Australian pig industry.

Australian Pork Limited chief executive officer Andrew Spencer while the Australian producers had been competing with imported bacon and ham for more than a decade, cuts like bellies were now being imported and sold cooked to cafes and restaurants.

According to NAB research wholesale pork prices were down 4.3pc in May, 20pc lower than this time last year. To put that is perspective, Mr Spencer said imports could cost the Australian industry $80 million at the farm gate.

In addition, ribs are also entering the country in a cooked format further eroding the profitability of the industry.

This included ribs from North America and Europe that have been cooked and packaged.

“We are seeing processed ribs that are able to just sit on a shelf for 12-24 months with no refrigeration,” Mr Spencer said.

“They’ve basically been sterilised in the pack and consumers have no idea.”

Mr Spencer said farmers had been competing with cheap pork imports for years, but until now it had been mostly in the ham, bacon and smallgoods space.

“What we’re seeing now is a sudden influx of pre-cooked imported pork being sold into restaurants, takeaway outlets and hotels,” Mr Spencer said.

“All fresh pork sold in Australia is from our Australian pig farmers, but there is no labeling requirement on meat served in restaurants and across the hospitality industry. That leaves consumers in the dark about the quality and origin of the pork they are eating.”

As food service outlets opt for the cheaper ribs, Australian pork farmers are feeling the pinch.

“Pork’s popularity is growing in Australia, but these imports are a significant challenge for our farmers,” Mr Spencer said.

“This influx of cheap processed ribs has had a significant effect on the price of fresh Australian pork ribs, which in turn affects overall pig prices.

“Australian Pork Limited is working with retailers, processors and wholesalers to try and ensure the market can accommodate our pigs. We need consumers to get more pork on their forks and for diners to ask if the ribs and bellies on their restaurant or pub menu are fresh, quality Australian pork.”