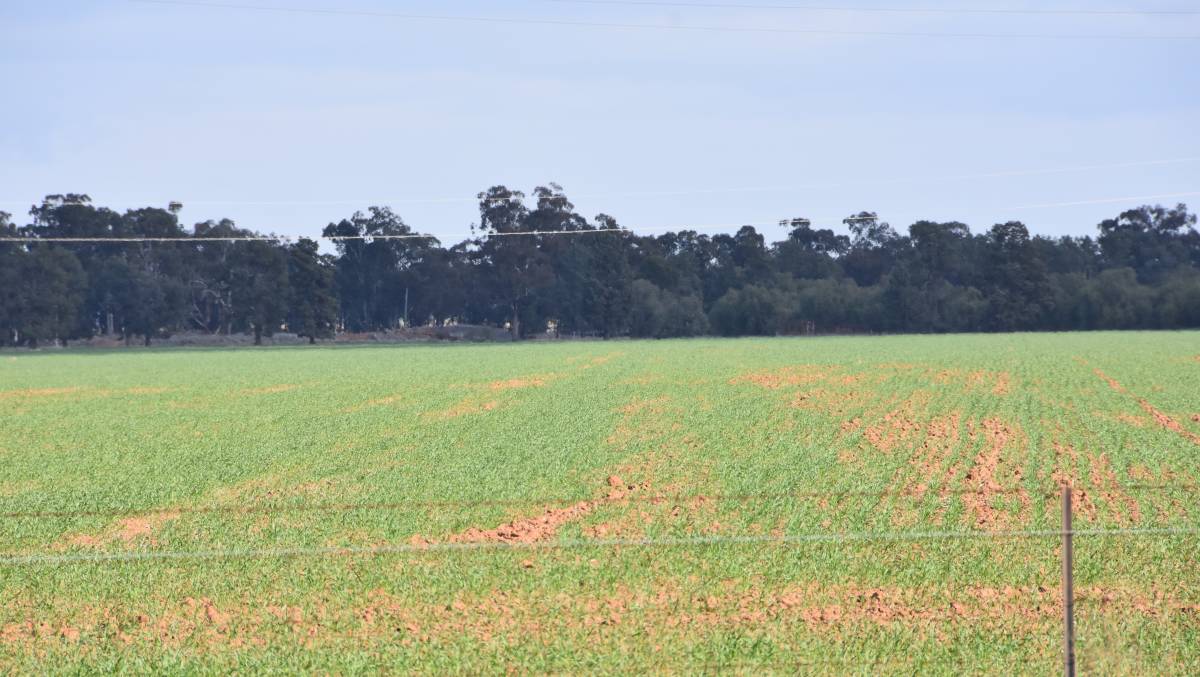 With crops, such as this one between Wagga Wagga and Narrandera, struggling this year drought policy is a hot topic of conversation.

Farmers generally want the opportunity to manage drought risk themselves with no subsidies according to NFF president Fiona Simson.

CONCEPTS such as multi-peril crop insurance (MPCI) could be adapted and offered to all involved in agriculture according to National Farmers Federation president Fiona Simson.

“MPCI is a great idea, even if it is expensive, but it is only for one sector of agriculture, what we want to come up is some sort of system where farmers can take on their own risk, we will continue to look at the tools available to manage drought and how they can be refined.”

She said while further work on national drought policy was necessary current initiatives such as the push to remove MPCI products from stamp duty costs were a good start while overall policy goals were identified.

She said the farming sector had generally moved beyond a simple push for subsidies to help manage drought.

“Going back 50 years, government was more inclined to subsidise industries but that was before we had such a global focus, especially in agriculture.

“Now we have to consider subsidies and their impact on trade and the message I get is that most farmers don’t want subsidies, there is a huge focus on having a level playing field.”

While acknowledging further work was need on drought, speaking at last week’s Innovation Generation conference in Wagga Wagga, Ms Simson cautioned against working too far into drought strategies while much of the country was in drought.

“Coming up with drought policy in the middle of a drought is less than ideal.”

“You’re never going to stop drought, but we want to allow farmers to manage it as best as possible.”