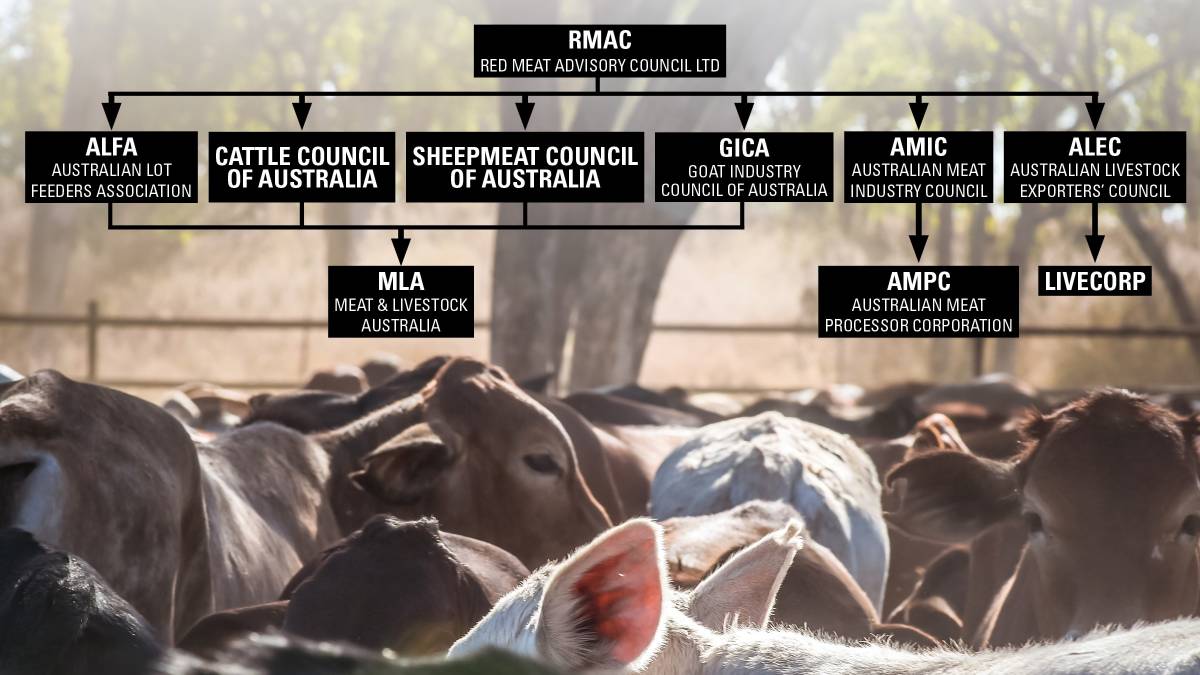 Is one advocacy body for red meat far-fetched?

THE appetite for some form of merger among red meat’s peak bodies is strengthening with industry heavyweights now pushing for “grown up conversations” exploring the risks and benefits of consolidating at both the advocacy level and in research, development and marketing.

It’s not just the growing realisation of the extent of wasted levy-payer money on duplicated efforts but the lack of one united voice, particularly in Canberra, that is driving the change of sentiment.

The chair of the organisation which sits at the top of the industry structure, the Red Meat Advisory Council, says the emotion and in-fighting needs to be taken out of the equation and the proposition assessed on what benefits it might deliver.

Don Mackay said there was clearly opportunity for activities being undertaken at a representative level to be run from the one place.

The idea of pulling under the one umbrella the six peak councils, representing grassfed cattle, sheep and goat producers, lotfeeders, processors and live exporters, has been fiercely opposed in the past on the basis agendas would clash.

However, Cattle Council of Australia’s Howard Smith believes there is more common ground than not.

“It’s it time to have a look at what we can do to achieve better outcomes by combining resources - there is certainly plenty of opportunity to reduce costs,” he said.

“The industry is mature enough now to at least have the conversation.

“There is no grain versus grassfed anymore.

“At the end of day, we’re all in the red meat business and we work collaboratively most of the time. Going forward we won’t have the luxury of working in silos.”

Mr Mackay said repeated criticisms of the effectiveness of peak councils and the need to stop the cycle of government-led inquiries and policy uncertainty added weight to the argument.

The senate inquiry into grassfed levies, for example, involved “a lot of work, yet came to nothing” and there was a need to prevent that in the future, he said.

“Some of that noise is a distraction to the main game,” Mr Mackay said.

“We’re better than that. This is a multimillion dollar industry that does very well.

“We don’t want change for change’s sake but where there is good reason we should be mature in our debate.”

Mr Mackay declined to speculate on whether RMAC would remain at the top of a new structure, saying he did not want to limit the conversation.

He also acknowledged it would be a slow process but said there was a need to “keep chipping away until the common ground is found.”

There was mixed reaction from the other peak councils contacted by Fairfax Media this week. Some said they were open to the discussion, particularly given their lack of resources, and others said it was too early to comment publicly.

RELATED READING: Is it time for a CEO cull?

Australian Livestock Exporters’ Council boss Simon Westaway said while his organisation did not have a position on the suggestion at this stage, the structure overseeing Australia’s red meat industry had, and continued, to serve it well.

“Record red meat exports are now above $18 billion per year and growing – this represents unquestionable success and needs to be acknowledged,” he said.

Industry watchers said it was far-reaching to think a single producer/processor/live exporter body would ever exist but the willingness, at least on the producer side, to have the discussion was refreshing and a sign of a more pragmatic approach in the industry.

Most agree the likelihood of one service provider was far stronger.

Post the next Federal election, some level of reform around the research and development bodies serving all agriculture sectors is expected, given both sides of politics have already signalled that direction.

MLA’s boss Richard Norton has been outspoken for some time about the fact having more than one RDC in red meat was costing the value chain millions, slowing down decision making and reducing the “nimbleness” of the industry to respond to external forces.

AMPC, however, believes claims of duplication are overstated and different sectors have different priorities.