Dairy farmers are applauding the Coles and Aldi supermarket chains for Tuesday night's surrender on $1 a litre milk pricing after the retailers had doggedly ignored years of condemnation of their price discounting war.

Their house brand milk prices have lifted 10 cents a litre for the first time since January 2011.

Federal Agriculture Minister, David Littleproud, a fierce critic of the "down down" milk price, joined the cheering saying "we're breaking the back of $1 milk model".

"It's time farmers received fair reward for their effort," he said, noting one of his key ministerial commitments had been to end $1 litre pricing.

"These dairy farmers produce our food.

"I said I'd never apologise to supermarkets over $1 milk, and I never did."

NSW Farmers has been quick to thank the wider community "for helping to get retailers to move on this".

Coles confirmed its sudden capitulation at 6.30pm on Tuesday, announcing it would add 10c/litre to its two and three litre house brand bottled milk prices, lifting them to $2.20 and $3.30 respectively.

Its price rises roll out nationally this week.

A month ago Woolworths won widespread public support after taking the lead with a 10c lift across its private label two and three litre milk lines.

German supermarket Aldi, which had previously wanted a government imposed mandatory increase to apply to all retailers before it lifted milk prices, opted to follow Coles' move.

It, too, has raised two and three litre milk prices today.

He said there was no question supermarket discounting caused "an incredibly demoralising and negative financial impact" on the dairy industry in the past eight years.

"Coles and Aldi have made the right decision to increase their discount milk brand prices and should be commended for their initiative in working to end this price-freezing practice," Mr Inall said.

"We now welcome the opportunity to re-engage under these circumstances and continue the discussion regarding medium-to-long-term issues that will assist this industry to move forward."

Mr Inall was pleased, after extensive talks between Coles and ADF, many farming families would receive farmgate price increases acknowledging costly effort and resources they put towards producing a quality product. 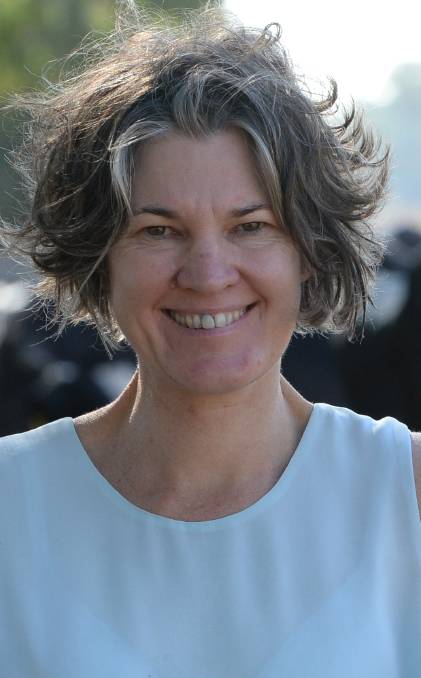 NSW Farmers' Mrs Chesworth said the Coles and Aldi price lift "backflip" was a huge win for dairy farmers given both retailers had been so determined not to follow Woolworths.

"All dairy farmers have been fighting for this result since $1/litre milk was introduced in 2011."

"Dairy farmers have said all along that they just want a fair price for the fresh and nutritious product they produce.

"This will help in that endeavour and must spell the end of irrational pricing of fresh milk that had taken so much value from our industry."

"We're fully committed to working with Coles in the coming days to bed down the details of this announcement for the benefit of our members," said chairman, Greg McNamarra.

Dairy Connect looked forward to discussing how this might be achieved with the Mr Littleproud and Oppositon agriculture spokesman, Joel Fitzgibbon, prior to May's federal election. "All options must be on the table for discussion, including the appointment of a federal dairy commissioner overseeing dairy wide industry issues, a strong dairy mandatory code of conduct and investigating a dairy floor price to provide a 'minimum wage' for dairy farmers," he said.

Mr Littleproud last week confirmed the new dairy code of conduct would outlaw exclusive contracts between farmers and processors, retrospective price cuts and the deduction of loyalty payments so farmers could shift to another processor more easily, creating more competition for their milk.

"We are continuing to explore long-term solutions with government and industry stakeholders," he said.

"However, we know many dairy farmers cannot wait for structural reform to be delivered so we are moving to provide relief right now."

This solution is a short-term measure and will allow our processors to immediately pass additional funds to their dairy farmers outside of normal seasonal adjustments - Oliver Bongardt, Aldi Australia

"Our decision to increase fresh milk prices was reached in recognition of significant issues impacting the dairy industry and the fact that broader government-led policy reform is unlikely to occur in the short-term," said Aldi Australia's buying managing director, Oliver Bongardt said.

"We look forward to the introduction of government-orchestrated structural reform in accordance with the recommendations of the ACCC's 2018 Dairy Inquiry report."

He said Aldi had accepted cost increases from its milk processors to cater for drought and associated issues, "and we have been able to do so until now without passing higher prices on to the consumer".

"This solution is a short-term measure and will allow our processors to immediately pass additional funds to their dairy farmers outside of normal seasonal adjustments," Mr Bongardt said.

"At the conclusion of the 2018-19 season Aldi will work with processors to ensure that prices for milk reflect the current market conditions and support the long-term viability of the dairy industry."