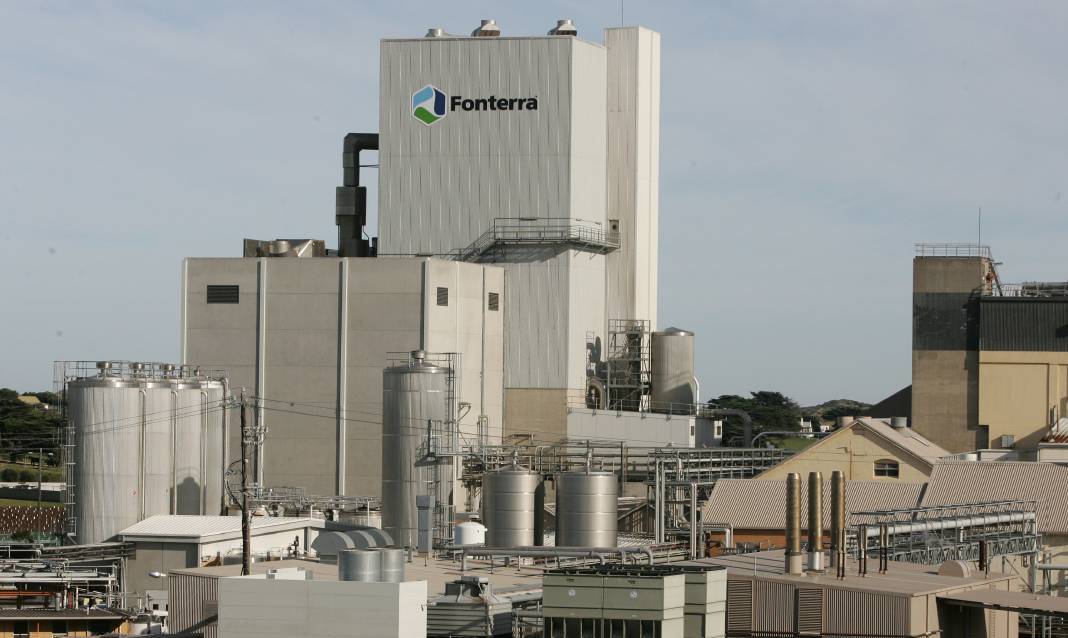 CLOSING: The Fonterra factory at Dennington in western Victoria is to be closed by November.

FONTERRA will close its Dennington factory in western Victoria as it grapples with reduced milk supply.

FONTERRA will close its Dennington factory in south-western Victoria.

About 100 staff members were advised of the decision at an on-site meeting on Wednesday afternoon.

This had led to excess processing capacity across the industry.

"This lower milk environment means that Dennington is under-utilised, and it's currently producing lower-value products that are not core to our Australian strategy," Mr Watt said.

Mr Watt said it would continue to collect milk from all its suppliers.

"At the completion of the site closure by the end of November 2019, all milk processing will shift to our Cobden plant, where we make Western Star spreads and cream, and where our West Farm Milk Collection team is based," he said.

The shock decision comes after it was revealed in January 2018 that the Dennington factory would undergo an $8.6 million expansion.

Fonterra took over the Dennington plant in August 2005, after Nestle Australia announced it would stop manufacturing powdered milk in Australia to focus on higher value-added products.

After the Dennington closure, Fonterra will operate six manufacturing sites: the Melbourne suburb of Bayswater, Darnum in Gippsland, Victoria, Cobden in western Victoria, Stanhope in northern Victoria, and Spreyton and Wynyard in Tasmania.

Mr Watt's email to suppliers said it had been a difficult decision and one that was not taken lightly.

"But it is a responsible decision that gives us the right asset footprint to ensure both your milk and our manufacturing facilities are optimised with milk going into the right products," the email read.

"Our immediate priority is working closely with all affected employees and their families to support them we know this is tough for them and we will do the right thing by them."

Workers given little notice of announcement

The National Union of Workers Dennington site delegate Frank Kelly said staff were told just hours before that there would be a meeting at 3.30pm.

"The people on-site were notified there was a meeting at 3.30pm, the people off-shift were called and told to come in," he said.

Mr Kelly said staff were told the factory was closing in November due to a lack of milk.

"There was no warning but the writing has been on the wall," he said.

"We've only been running at about 30 per cent capacity, so something was going to happen."

Mr Kelly, who was set to mark 40 years at the factory in October, said staff members were in shock.

"It's like anything you knew something was going to happen but it's still an absolute shock," he said.

"You've got a handful of people who are probably happy to go because they're at that stage of their life but the majority of people have got to find a job somewhere."

Mr Kelly said a lot of staff members feared those prospects were bleak.

"The other milk plants, they're apparently not travelling so well either," he said.

Mr Kelly said it was tough to digest the news, but sadly staff had become accustomed to meetings about bad news occurring with little notice.

He said staff would return to the site for meetings with management on Thursday, but the plant was not expected to be operational again until Monday.