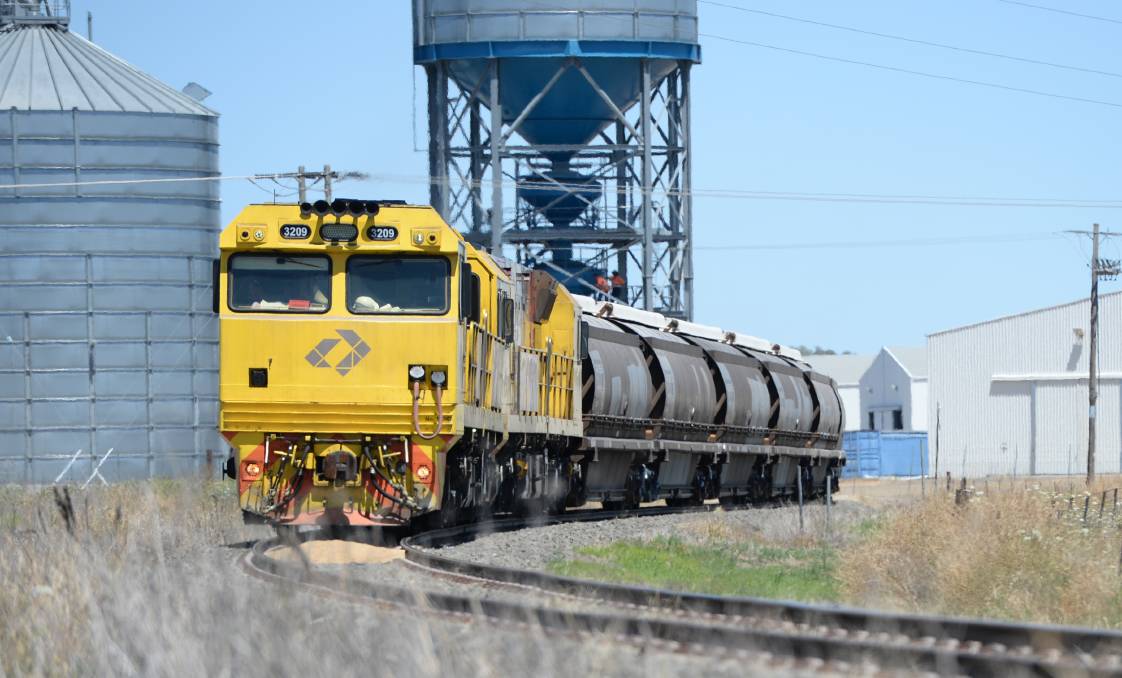 Acute grain transport costs chew up more than a quarter of the value of Australia's average cereal harvest.

In fact, freight is a big cost handbrake impeding much of agriculture's export competitiveness.

The fruit and vegetable sector's freight costs between farm and retailers total $618 million annually, or a big 21 per cent of its gross farm production value.

A Deloitte Access Economics investigation of farm transport costs from paddock to consumer describes logistics as the largest single cost factor in the production of many agricultural products.

Even in the relatively tight-knit rice industry, farmers pay 11.6pc of their gross harvest earnings on freight bills of $26m to shift grain from paddock and processor.

The report shows Australia has comparatively higher freight costs for many of our key commodities compared to our international competitors, and it's hurting our bottom line - John Harvey, AgriFutures

The freight report's sobering findings will not surprise most farmers, agricultural processors or marketers who face many geographic, weight and under-performing infrastructure challenges in their supply chains.

With two thirds of the nation's food and fibre exported, reducing logistics costs would also help farming's chances of growing to its $100 billion value target within a decade.

The report warned freight issues would be further complicated in coming years by rising fuel and wage expenses and the impact of climate change on the variability and location of farm freight volumes.

"The report shows Australia has comparatively higher freight costs for many of our key commodities compared to our international competitors, and it's hurting our bottom line."

He said the findings highlighted how farmers might measure their true market competitiveness and identify pinch points and bottlenecks.

Even in New Zealand, where fuel is expensive and freight infrastructure less sophisticated, ag's costs were lower.

Remarkably, some Australian producers paid surprisingly low freight costs, despite the considerable logistics involved in getting products to market.

The poultry meat sector had the lowest relative farm freight costs of $28.2m - or just 1pc of gross farm income. Total industry freight costs of $63.1m were also relatively constrained compared to its $2.7b farm production value in 2015-16.

"It's a very well refined and fast supply chain, with producers and processing plants strategically close to markets, which are primarily domestic," she said.

That compared with grain farming, which had a broad geographic spread involving a weighty commodity transported between paddocks and temporary farm storages, then to regional terminals, then by rail or road to port, domestic millers or other buyers.

Despite similar production arrangements and Australia having better maritime, rail and road services, and cheaper fuel, our total freight costs were higher, including on-farm milk collection rates of almost three cents/litre against 0.01c/l in NZ.

If you're investing serious money in agricultural production systems, it may pay to think a lot more about private investment in freight needs - Jen Medway, AgriFutures

"A key observation of the report was just how much agriculture relies on publicly-owned rail and road infrastructure, including bridges which may restrict a route's capacity and efficiency," she said.

"If you're investing serious money in agricultural production systems, it may pay to think a lot more about private investment in freight needs.

"Roger Fletcher did exactly that - buying his own trains to move his grain and meat products to port."