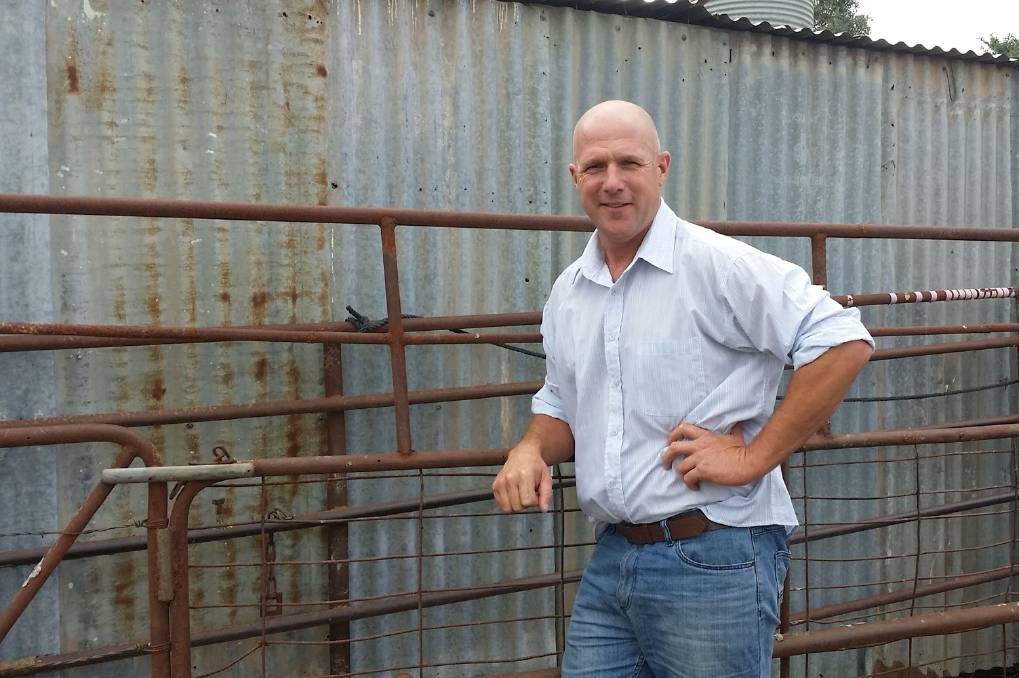 Warren Davies understands the harsh reality of life as a dairy farmer.

Dairy farming can be a challenging business, with mounting business and seasonal pressures, focusing on how you are travelling as a person, and the state of your mental health can at times be neglected.

Dairy farming can be a challenging business, with mounting business and seasonal pressures, focusing on how you are travelling as a person, and the state of your mental health can at times be neglected.

I understand this all too well. This was me, focusing on the day-to-day operation of my farm, I overlooked the steady decline in my mental health until it was nearly too late.

The harsh reality of being a dairy farmer become all too evident to me with the constant battle of economic pressures, commodity prices, water issues, flood and drought all had an impact on my young family, relationships and finances, but most significantly on my mental health, all culminating with a decision to leave our farm.

WHERE TO GET HELP

Generally, people living in rural communities are known for being resilient people, they face stressors caused by a range of factors such as isolation, weather, nature of their work and financial issues, which is why mental illness in rural communities is of major concern.

While the stigma associated with mental health problems is slowly reducing in Australia, in rural communities the stigma of "too tough to speak up" about your emotional and mental health is rife and the suicide rates are consistently 40 per cent higher than the rates in metropolitan areas.

Mental illness is made harder in rural communities with reduced access to local services and professionals. Additionally, people generally have feelings of embarrassment or fear to ask for help, so they manage their problems by themselves.

However, recognising when help and support are needed, either for yourself or for someone else, is very important.

I learnt four vital lessons from my journey.

Identify your support network, the people who you love and trust and can call on for support when you are struggling to cope or simply need a chat.

Communication is key, communicating how you are feeling is hard and at times hardest with those who are closest to you. Having vital conversations can save lives.

Stay connected, staying connected to your community and support network helps negate the feeling of isolation, especially when you are struggling. It also promotes conversation and gives you the opportunity to share and gain wisdom from those around you.

Seek help, not always the easiest of steps, recognising the seriousness of a mental health challenge and the importance of gaining the right support can influence the rate of your recovery.

To normalise the conversation about mental health it needs a whole community approach to nurture a safe environment that removes the stigma making it more acceptable for people to seek help. This starts with awareness and education, followed by acknowledgement and action.

Your mental health is critical to your overall health and wellbeing. You need good mental health to help you get through life's challenges, to have healthy relationships with others and to enjoy life.

It's important to remember that when everything gets too much for you and you become overwhelmed that there are people, services, and resources that are there to help you, just reach out, it could make a huge difference in your life.

No one should travel their journey alone.

About the Unbreakable Farmer

A leader throughout his primary school years, this confidence was eroded once entering secondary school, where he was subjected to bullying and not fitting in. His academic achievement began a downward spiral. This is where his skill of resilience was developed, a skill that would be called upon time and time again in future years.

In 1982 his family made the massive decision to move to the country and pursue his father's dream of becoming a farmer. This gave Warren an opportunity to reinvent himself. A direction, a career path: he was going to be a farmer.

Mentored by one of the best farmers in the district, Warren honed his skills and, by the age of 22, he had purchased his first farm.

The next 16 years were to be defining years for him.

The harsh reality of being a farmer soon became evident: high interest rates, low commodity prices, flood and drought; all having an impact, but most significantly, was that on his mental health. These events all tested his resilience, persistence and determination and had a massive impact on his young family, relationships and finances all culminating with the decision to basically having to walk off the farm.

Although with his skills, work was easy to find, managing large-scale operations from Victoria to South Australia, it wasn't the same, he couldn't settle, he assumed that he had lost his identity because not only was the farm his career, it was his home, his life, In his eyes he had failed and carried the guilt of failing as a husband and father.

Being an avid reader of books he searched for a better way, he began the journey of piecing back together his life, but the road has been long. He now imparts his skills as a presenter and speaker and pays forward his unique stories, their moral relevant to everyone.