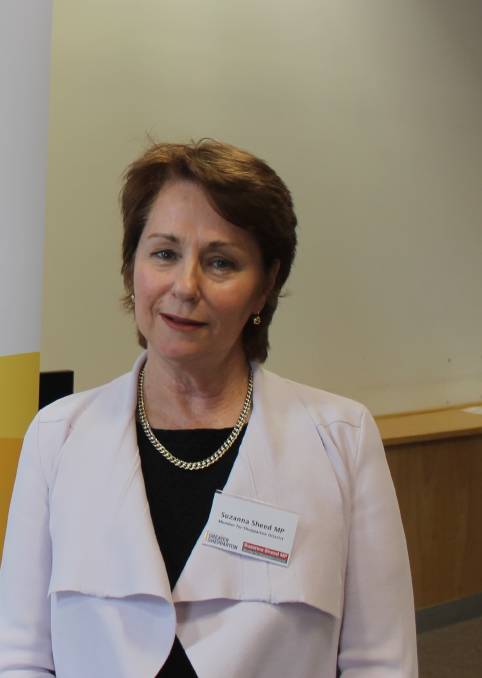 Shepparton Independent MP Suzanna Sheed has called on the Victorian government to make a decision on three outstanding solar farm applications in the region.

Ms Sheed, along with other concerned members of the community, made submissions to the Victorian government to ensure that local concerns regarding land use were taken into account.

She said they were led to believe that the decisions would be made and final guidelines released by June 30 2019.

"The Greater Shepparton City Council referred this matter to the Planning Minister's office for decision because of the sensitivities associated with using the proposed land for solar farms," Ms Sheed said.

While there was widespread desire for renewable energy projects in the region, appropriate planning procedures must be applied.

Guidelines being created should be applied to the applications currently with the Planning Minister.

"It would be ridiculous to approve these three solar farm applications (at Lemnos, Tallygaroopna and Tatura East) considering none would pass the draft guidelines released for public comment," Ms Sheed said.

It was entirely inappropriate to locate solar farms on highly valuable and modernised irrigation land within the irrigation district.

"To use land as a solar farm that is located on the irrigation backbone,and has been invested in so as to make it capable of being used for high-value food production, simply does not make sense," Ms Sheed said.

"The government needs to make a decision and make it now," Ms Sheed said.

The community was calling for finality.

"The Water Minister in particular has been made well aware of the importance of maintaining irrigation land for food production purposes and I believe the decision should reflect this," Ms Sheed said.

"There are ample opportunities for these multinational solar companies to locate their developments in areas other than on modernised irrigation land.

"I hope the Victorian government will be prepared to make the decision to reject the three outstanding applications and not be influenced by threats of legal action from multinational companies that could easily locate their solar developments in other more suitable areas."

Tallygaroopna dairy farmer Natalie Akers said the local community expected the three projects would be evaluated against the new guidelines.

"Given they are all located on modernised irrigation backbone there is a strong expectation they will be rejected," Ms Akers said.

"To not evaluate against the new guidelines is simply unjust and unfair.

Ms Akers said the Planning Minister committed in Parliament in March this year to evaluate the three proposals against the new guidelines.

"To not follow through would be a significant breach of trust with the affected rural community".

A government spokeswoman said the Solar Energy Facilities - Design and Development Guidelines were in the process of being finalised.

"This is a vital tool which will deliver a thorough and comprehensive reference point to guide assessments of future solar farm applications," the spokeswoman said.

"It's crucial we get this document right, because it will help inform how assessments of solar planning permit applications can get the best outcomes for communities and the environment."

The three live solar farm applications in Shepparton were still under assessment.