Australian Dairy Farmers president Terry Richardson says he did not mean to offend irrigators in an opinion piece he penned for last week's Stock & Land. 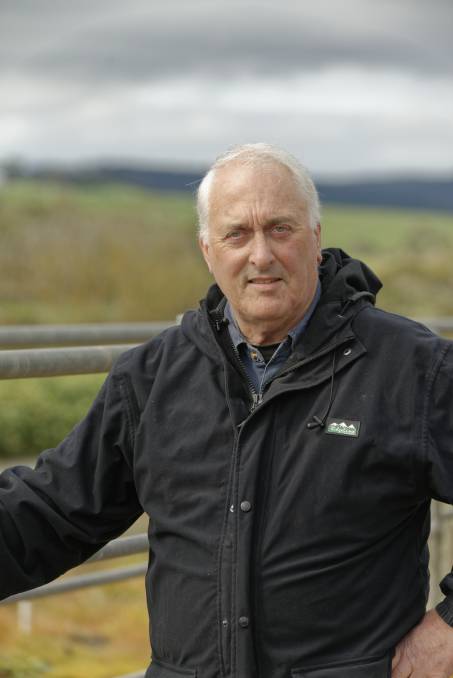 HOT WATER: Australian Dairy Farmers president Terry Richardson has moved to clarify remarks made in an opinion piece about the MDBP.

Mr Richardson said some farmers had asked him to retract the opinion piece and apologise.

"I've had a range of reactions, particularly around the issue of what has impacted on the water prices ... I never intended to diminish the impact of high water prices on irrigators," he said.

He had written that, "Ultimately, it is the devastating impact of drought - not the basin plan or investors - that is responsible for rising water prices."

Yesterday, he qualified that remark.

"The point I was trying to make was that the range of influences but that drought was the most notable driver, not the only one," Mr Richardson said.

Mr Richardson said the ADF supported the ACCC water inquiry, which will examine the role of investors in water pricing, and had asked for it to be "fast tracked".

"I know that Aifer have said that the impact of investors is that we have a market that didn't exist previously," he said.

"They've said there are new products and risk management tools being driven by the water investors.

"Most of their water's tied up with leases.

"It's a developing market and I think there's some criticism being levelled at the level of transparency that exists and so this is what we're supporting the ACCC investigation to look into."

The opinion piece had also called for "co-ordination between water recovery programs such as irrigator buybacks and infrastructure reform".

"The federal government, under the Water Act, can recover up to 1500 gigalitres of water through the buybacks," Mr Richardson said yesterday.

"We don't support buybacks beyond the the mandated 1500GL.

"That that target hasn't been reached yet and I understand the government's recovered about a bit over 1200GL.

"They also have infrastructure initiatives and we believe that there must be proper coordination between the two recovery mechanisms, so that's in reference to the Water Infrastructure Development Fund."

Mr Richardson said there was "a possibility" government might overstep the 1500GL mark but ADF would do whatever it could to prevent it.

Another section of last week's commentary that Mr Richardson sought to clarify was around water pricing.

"To put this in perspective, the Australian Bureau of Agricultural and Resource Economics (ABARES) is predicting an average annual water price of $473/ML in 2019-20 for the Murray trading zones," he wrote last week.

"This is not new, then, so the ... prices that are experienced now are in relation to water shortages that might have been experienced previously," he said.

There was no silver bullet, he said.

"The ultimate solution is to ensure that they are supported through this period when we've got a severe drought, we've got increasing cost of production, we've got stress and anxiety on farming families," Mr Richardson said.

He rejected calls for the Murray Darling Basin Plan (MDBP) to be abandoned or modified, saying ADF policy supported continuing with the plan.

Asked whether he felt the balance between users had been struck, Mr Richardson spoke about the impact on dairy farmers.

"You look at the decline in milk production, the impact on the communities and the farm businesses, you can't say that it's fair when you look at what farmers are going through," he said.

"Now, I know that that's not the case along the whole of the of the river but certainly when I travelled to the Southern Riverina or North Victoria, you can say 'Is this fair with what they're facing right at the moment?' and ... every morning you get up and say, 'It's not fair'."

Mr Richardson said he was supportive of those farmers who had been critical of his earlier commentary.

"I never intended for anybody to think that we don't ... do the utmost possible to ensure that their interests are brought to the attention of those who make decisions, that we don't seek every opportunity to provide support for them," he said.

"I know from my own experience that farming is a tough business to be in.

"You do have to reach deep for the commitment to get to the day's end some times and I know from experience, it's important to think that you're not alone and I hope that ADF can provide that assurance ... it wasn't intended to elicit the response that some may have provided but I hope I can provide an assurance that we do care, we do want to provide support."