Australia's uncompromising stand against illegal food imports and the risk of African swine fever has provoked a harsh response from the nation's taxpayer lobby, upset about the costs involved.

Government authorities expelled a Vietnamese woman this week after customs officials found 10 kilograms of undeclared food in her luggage, including uncooked pork.

She was sent back to Vietnam, in a move the Australian Taxpayers Alliance claims was unnecessarily costly because the Australian government had to foot the bill for the return flight.

"Border security should consider the taxpayers first before wasting their money to deport a tourist with a smuggled snack," the ATA's Emilie Dye said.

It was the first time Australia has cancelled a visa over food imports, made possible after strict new biosecurity laws were introduced in April targeting the African swine fever threat, and other potentially serious quarantine breaches.

It beggars belief somebody would deliberately attempt to bring pork meat past our borders - Bridget McKenzie, Agriculture Minister

Agriculture Minister, Bridget McKenzie, said increased border checks during the past year had resulted in about 100kg of illegal pork products being seized every week.

Federal Agricultural Department tests have also detected African swine fever pathogens in almost half of all pork products confiscated at Australian airports this year - a 15 per cent increase on test findings a year ago.

Since last November more than 27 tonnes of pork have been found on air travellers or in their luggage entering Australia.

African swine flu has decimated pig numbers across Asia and Europe and according to Ms McKenzie was potentially the biggest animal disease event the world had seen.

"It beggars belief somebody would deliberately attempt to bring pork meat past our borders," she said. 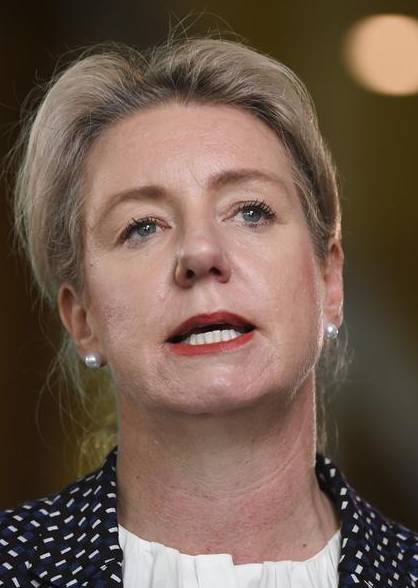 Under Australia's Migration Act visitor visas can be shortened or cancelled for biosecurity contraventions and spot fines can also be imposed for offenders.

However, given the scale of her offence, the Vietnamese tourist was banned from visiting Australia for three years.

More than 5 million pigs have been culled in Vietnam in a bid to halt the swine fever's spread in that country alone, while last month the disease was identified in pigs in East Timor to Australia's near north.

The disease has a mortality rate of up to 100pc according to the United Nations Food and Health Organisation.

When the Australian Border Force deports someone the taxpayers must foot the bill - Emilie Dye, Australian Taxpayers Alliance

The taxpayers alliance accepted the disease risk was real, but wanted the government to consider taxpayers, too, before spending money to deport someone for carrying food in their luggage.

Cost should fit the crime

"While concerns about African swine fever make illegally smuggling pork into the country a serious offence, the government should respond with the appropriate amount of force to match the crime, said ATA communications manager, Ms Dye.

"When the Australian Border Force deports someone the taxpayers must foot the bill.

"It costs taxpayers little to simply confiscate pork before it enters the country and poses a risk to our livestock."

"The border force should think twice before running up such a large tab with taxpayer dollars."

The taxpayers alliance regularly takes a tough critical line on government policies and spending which it feels punishes ordinary taxpayers and business operators.

This week it also called for more investigations into the Victorian Police Department's decision to not press criminal charges over the so-called Labor red shirts rort.

"The Labor Party quite literally stole from taxpayers to help their candidates win."

Meanwhile, the threats and opportunities facing the pig industry as swine fever spreads across Asia will be discussed by newly appointed Australian Pork Limited chief executive officer, Margo Andrae, when she addresses the Farm Writers Association of NSW on October 25.

By the end of the year, African swine fever is expected to have killed a quarter of the world's pigs.