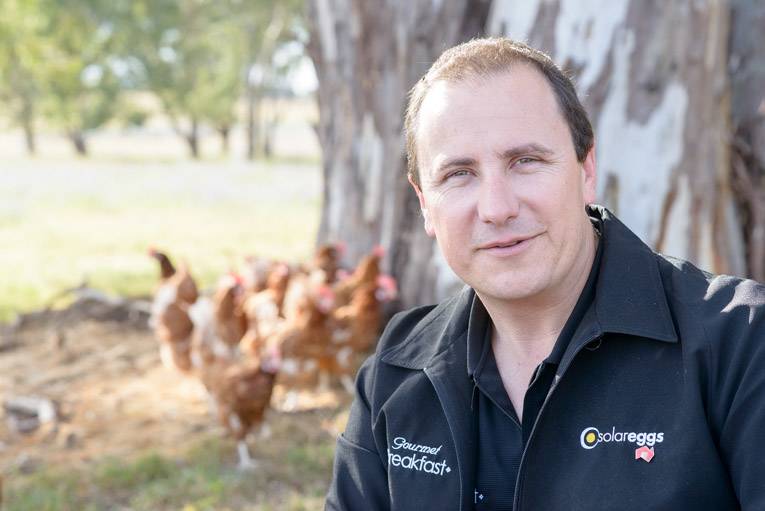 Egg producers could be facing the same dire circumstances as the dairy industry as cost of production continues to climb, but retail prices remain discounted.

EGG producers could be facing the same dire circumstances as the dairy industry as cost of production continues to climb, but supermarket prices remain discounted.

Following reports that high grain costs were expected to continue, national representative body Egg Farmers of Australia implored supermarkets to stop discounting eggs to unsustainable levels and provide a fair price back to the farmgate.

It is pushing for the price returned to the producer to be increased by 30 cents a dozen.

EFA chief executive officer Melinda Hashimoto said businesses were hurting as grain prices had more than doubled in the past 12 months, while supply chain costs such as fuel, electricity, labour, insurances, maintenance and packaging had also increased.

"There has been some small increases to suppliers, of a few cents a dozen, but it just doesn't go anywhere near the recent increased costs in production and for sustainability long-term," she said.

We are getting pushed down at the top, while overhead costs are going up so there's no margin left in the middle. - JONATHAN ATTARD

"Prices now are close to $2 below that, but yet input costs keep rising," he said.

"There are three types of eggs - caged, barn-laid and free-range at the top.

"If the supermarkets offer free-range homebrand eggs at $3.80/dozen for 600 grams and $4.20/dozen for 700g, everything else is then expected to fall below that.

"We are getting pushed down at the top, while overhead costs are going up so there's no margin left in the middle.

"We would need to see a lift in free range so then the other production types can also lift."

Mr Attard said the egg industry needed a "call to arms", similar to the backlash against the $1/litre milk supermarket campaigns.

"I think consumers would be willing to pay more for eggs - they wouldn't want producers to go out of business," he said.

"But the retailer mentality also needs to change. We can't have one chain drop a price, and the others follow suit, because the independents and box markets then have to compete - it's been going on for too long.

"If we don't see a change soon, producers will go bust because of increasing input costs."

RELATED READING:Race on to solve global problem for egg industry

But recouping losses is not the only reason for requiring an egg price increase, according to Commercial Egg Farmers Association of SA/Tas president Dion Andary.

"There is pressure on the industry to move away from caged eggs in the next 3-5 years, but there is no way to finance any sort of restructure when cost of production is higher than the price of eggs," he said.

"It is a false hope unless the restructure is financed because egg producers won't be able to afford it in the next few years.

"They're not reluctant to do it, they just won't have the capacity to do it.

"If consumers want non-caged production, they have to be prepared to pay for it."

Mr Andary, who is also managing director at one of SA's largest egg companies, Days Eggs, said consumers, government and retailers needed to recognise the industry was under pressure.

"When feed costs go up at the rate that they have, the only way producers can survive that is by getting increased returns that match the cost increase - that hasn't happened," he said.

"Farmers are operating on very lean margins or losses so there is a little bit of urgency for the market to respond to ensure we don't get left carrying the can.

"We have already lost some SA producers because of the drought.

"The bottom line is the consumer will ultimately become the loser because they either won't have products on their shelves or they will be paying exorbitant prices for eggs."

Farmers are operating on very lean margins or losses so there is a little bit of urgency for the market to respond to ensure we don't get left carrying the can. - DION ANDARY

A Coles spokesperson said the company had since increased shelf prices, while a Woolworths spokesman said it would continue to manage discussions with suppliers in line with its "established processes on a case-by-case basis".

An ALDI Australia spokesperson said it "took into account challenges the market may be facing at any given time including drought, surplus stock, shortages and cost pressures".

"We work with suppliers to adjust prices when necessary based on these conditions," the company said in a statement.

Ms Hashimoto said she would continue to communicate with retailers in the next few months, to remind them of what the impacts are at the producer level.

"The only way to ensure a sustainable egg industry and an ongoing steady supply of eggs is for retailers to ensure prices provided to producers are reviewed regularly and reflect cost impacts," she said.