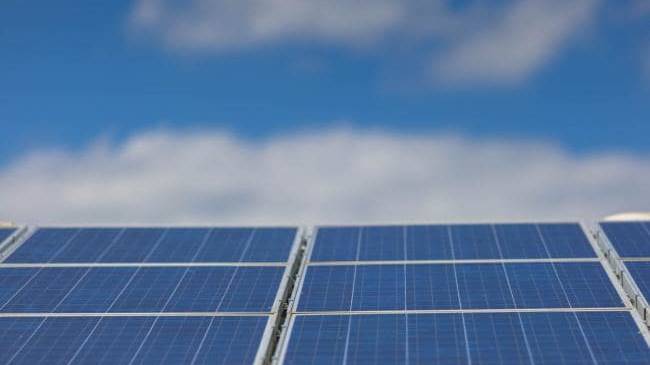 We may see a time where home owners' mortgage interest rates are influenced by how they are set up to manage climate change.

Climate change is more than just an ethical issue - how it is managed by business has scope to have serious financial risks and rewards.

CLIMATE change has moved away from being simply an environmental and ethical issue to one that presents tangible financial risks and opportunities.

This was the message from the associate of climate change governance with consultants and legal firm MinterEllison Charlotte Turner.

"This is a very serious material issue," Ms Turner said.

She said the financial sector was now looking at renewable energy rather than fossil fuels for the future.

"We live in a market economy and you can see which way things are heading, there are more electric than petrol cars being made in the United Kingdom, you've got such well known greenies and hippies as (financial reporting service) Bloomberg talking up electric cars and when setting up a new energy plant renewables are cheaper than coal.

"These sources of energy are only going to get cheaper as tipping points are reached so there are opportunities there and companies are looking at them very seriously."

On the flip side, she said those not factoring in climate change to their business would be negatively impacted.

She cited the Commonwealth Bank's position, where it explicitly says it is will consider the environment when making its lending decisions.

"You may see differential rates for those borrowing money that are energy efficient or mitigating their risk of losses from climate change."

She said CBA had already conducted analysis regarding exposure to climate change risk for all the home mortgages on its books seeking to if it could identify places that were more or less risky, for instance energy efficient homes will pay less in energy costs so have more available to service the loan.

"It underlines how seriously big business takes the issue of climate change."

In the financial sector she said the popularity of green bond products and debt instruments linked to sustainability was growing.

"The debt instruments are being negotiated into creditors' facilities, for instance there is a Spanish company transmitting electricity that have worked with their bank for a variable rate loan linked to greenhouse gas, the rate going up or down according to their performance in limiting emissions.

"It may not seem much at a quarter of a percentage point or whatever it is, but if it is a big loan facility then these sort of deals can have a relatively significant impact."

The interest on the airport loan will be calculated on environmental, social and goverance (ESG) rankings calculated by an assessor.

"There's lot of financial incentives for the airport to meet its targets."