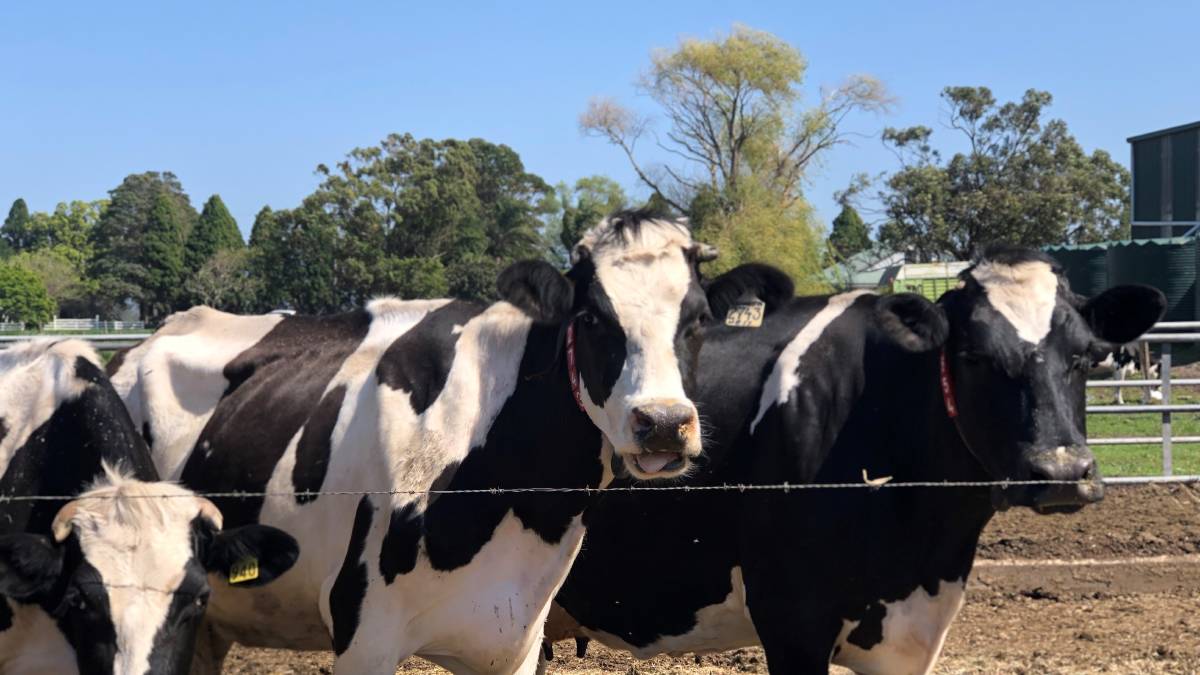 HERD IMPROVEMENTS: Laura Burn has used information from the automatic milking system has to achieve sustained improvements in milk quality, reproduction and animal health in the herd she manages for the Anderson family.

Data from an automatic milking system plays a key role in decision making on a Numbaa, NSW, dairy farm.

When Laura Burn starts her day on-farm, the first thing she checks is the computer. It's here she reviews the data generated from a variety of different reports and determines her tasks.

All this is at 9.15am an almost unheard-of start-time for a dairy herd manager.

But Ms Burn manages a 250-cow mixed breed herd on an automatic milking system (AMS) farm at Numbaa on the NSW south coast. The farm is owned by Paul and Keith Anderson, who in 2015 commissioned four Lely A4 robots.

At this farm, individual cow data has been the key to sustained quality milk, improved reproduction and better animal health.

"Data tells us what's going on and we can make the decisions with what we are told," she said.

"It just makes life so easy. It takes a while to learn what information you are specifically looking for, but once you know, you have the reports which are what you want, what you are looking for.

"It is just brilliant; it saves going through thousands of bits of data to pull-out what you need."

One of the most frequently checked reports is udder health. TASK SETTER: Laura Burn starts her day at 9:30am by checking the computer. Her tasks for the day are determined by what's in the reports from the automatic milking system. Photo supplied by Milking it Forward project.

"It gives us cows' conductivity reports and their cell count report on a milking basis; every milking we get the numbers," Ms Burn said.

"It is checked multiple times a day, because there are always cows coming and going.

"It lets us keep track of any cows that might have come in with mastitis. Sometimes a cow can come in with a spike and then go back to normal, but any cows that have had a big jump and haven't dropped by their next milking, we bring in to have a look."

The severity of the case is then determined along with a treatment plan.

"It is a faster way to identify mastitis," Ms Burn said.

"In a conventional dairying system, you must wait for herd recording normally once a month or check the inline filters every milking. But then there are cows that have subclinical mastitis and they don't get picked up with the inline filters."

"Production isn't dropping as much as it would if she has been sick for a week or two and you have just picked it up," she said.

There's also a cost saving, as less drugs are required thanks to early diagnosis.

"There are less repeats," Ms Burn said. "It might only take one treatment, whereas a cow that has gone a bit further might need a lot more to bring her back. It keeps your vet costs down."

"The data provides an unrivalled insight into each cow, but it is important that it's understood and easily accessed, otherwise it's a missed opportunity."

The Milking Edge project has collected four years of physical and financial data from 14 farms using the industry benchmarking tool DairyBase. In addition, they also have three years of monthly data from 27 AMS robots, 19 from Australia and the balance from overseas.

This will be used to better understand the current and potential performance of AMS and build an interactive tool to help farmers access the suitability of AMS and current AMS farmers identify opportunities to optimise performance.

Helping with signs of heat

At Numbaa, Ms Burn said the data generated by the AMS also helped identifying "activity cows" or those displaying signs of heat within one-to-two hours of oestrus.

This timely and accurate identification is paying dividends in the year-round calving herd. The interval between calving and conception averages 104 days, while it takes an average 2.2 inseminations for each conception.

But data hasn't just helped get cows in calf. It has enabled better and more economic decisions about which cows don't get in calf.

The milk results of these cows get examined every day, with Ms Burn focusing on their production to determine if they continue to be cost-effective animals in the herd despite their extended lactation.

In early October the herd production average was 26 kilograms/cow/day with 4.26pc milkfat and 3.37pc protein.

Data generated by daily reports also alerts Ms Burn of any declines in milkfat production, so it can be rectified immediately with alterations to the ration fed on the feed-pad.

Taking an individual approach to health

Every animal is treated individually thanks to the data delivered via the AMS.

"An alert comes-up if the cow is leaving too much of her feed allocation, she's not eating everything she's allowed, or if her cell count or temperature jumps. We get notified quickly. It gives her a rating out of 100 for a likeliness of her being sick."

Scrolling through the computer system, Ms Burn selected the most recent example, a cow which generated a score of 98 out of 100 a strong indication it would be ill. This record had been generated 1.5 hours earlier.

It was triggered by a drop in milk production, cell count increase and an indication of mastitis in the cow's right rear udder quarter. Its temperature had also increased.

"From looking at that, I'd bring her in to be automatically drafted next time she comes in for milking to actually have a look at her," Ms Burn said.

"It gives us everything we need without having to go out and specifically send milk in for testing or get the vet out to check what might be going on."

Dr Lyons highlighted that sensors and technology currently provided a great level of detail about every cow in the herd related to milking, feeding, health and reproduction.

"It is then up to the farmer to make use of that data in order to take better management decisions," he said.