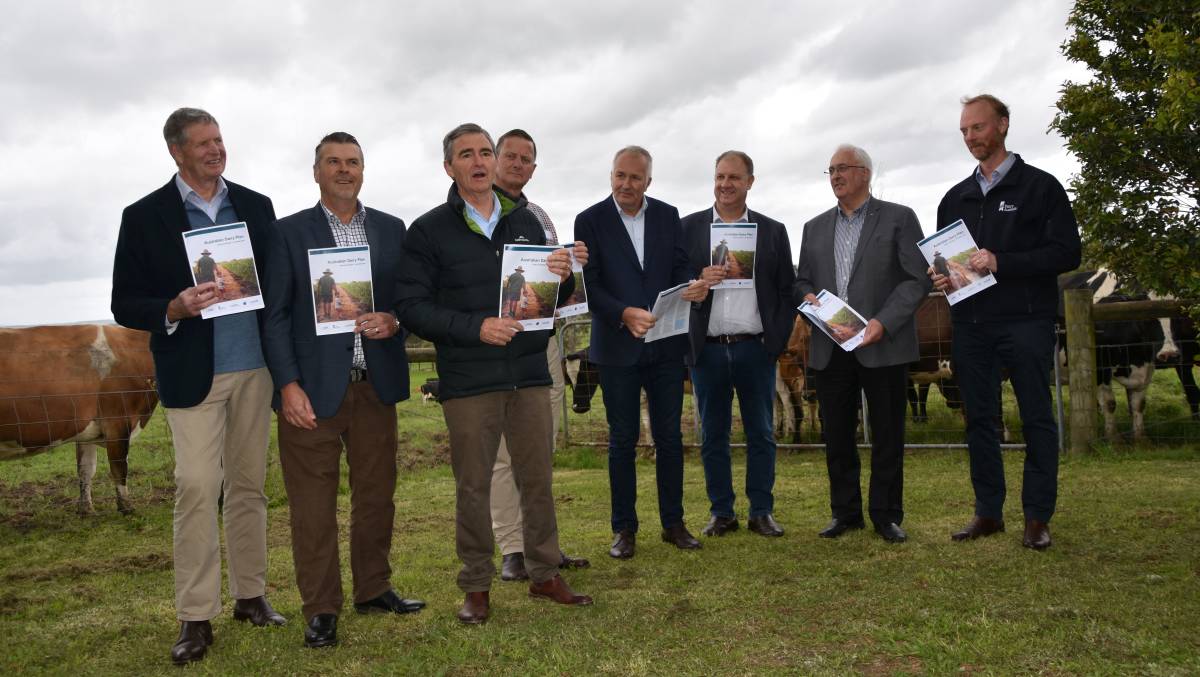 The draft Australian Dairy Plan was released on Friday at a media-only affair and was, as foreshadowed, a high-level glimpse of what the final document now due for release in March is likely to include.

The draft Australian Dairy Plan was released on Friday at a media-only affair and was, as foreshadowed, a high-level glimpse of what the final document now due for release in March is likely to include.

The draft plan outlines five "commitments" from the four bodies:

The first, focusing on advocacy reform, was not addressed in the draft plan but will be instead presented by the Joint Transition Team (JTT), a small group working specifically on the issue, in a report to the ADP committee later this month.

ADP independent chair John Brumby said three scenarios had been modelled, which revealed the importance of the plan.

"We call the first one 'drift and decline' and that what has been happening in the industry - if we don't do anything it's going to keep shrinking," Mr Brumby said.

"The second one we call 'modest growth' and I think it's a pretty conservative option ... and the third one is a 'high growth option'.

"What we've modelled in this plan is modest growth, it's conservative growth.

"We think, if all of these measures are put in place and we're able, of course, to work with government ... we can turn around 'drift and decline' and see growth again returning to this industry.

"Why is that important? It's important because it will generate 1 billion litres of addition milk production and, in turn, that's probably - directly or indirectly more than 1000 jobs across Australia ... that's what we think this plan can achieve if all of the pieces are put in place and all of the commitments are put in place."

Among the proposals in the plan to attract and retain industry entrants were lower regulatory costs like stamp duty, low-interest loans for young farm buyers, assistance for 'career changers' and investor roadshows.

It would also see funding on marketing to ease "consumer concerns" - as distinct from product promotion - double, thanks to increased contributions from all members of the supply chain, including farmers, processors and retailers.

An intensified focus on farm business skills would see 100 per cent of farmers with business plans by 2025 and help farmers source grants for infrastructure that works to manage risk.

To restore trust and transparency between farmers processors and retailers while increasing industry confidence, the plan would establish a 'Milk Price Monitor' using processor data that would show pricing by region, farm size and across seasons.

Farmers would be offered training to better understand milk price drivers and the business costs of processors.

It also would "lay the groundwork for transitioning over time to a functioning futures market for milk".

The story Dairy Plan draft: what you need to know first appeared on Stock & Land.