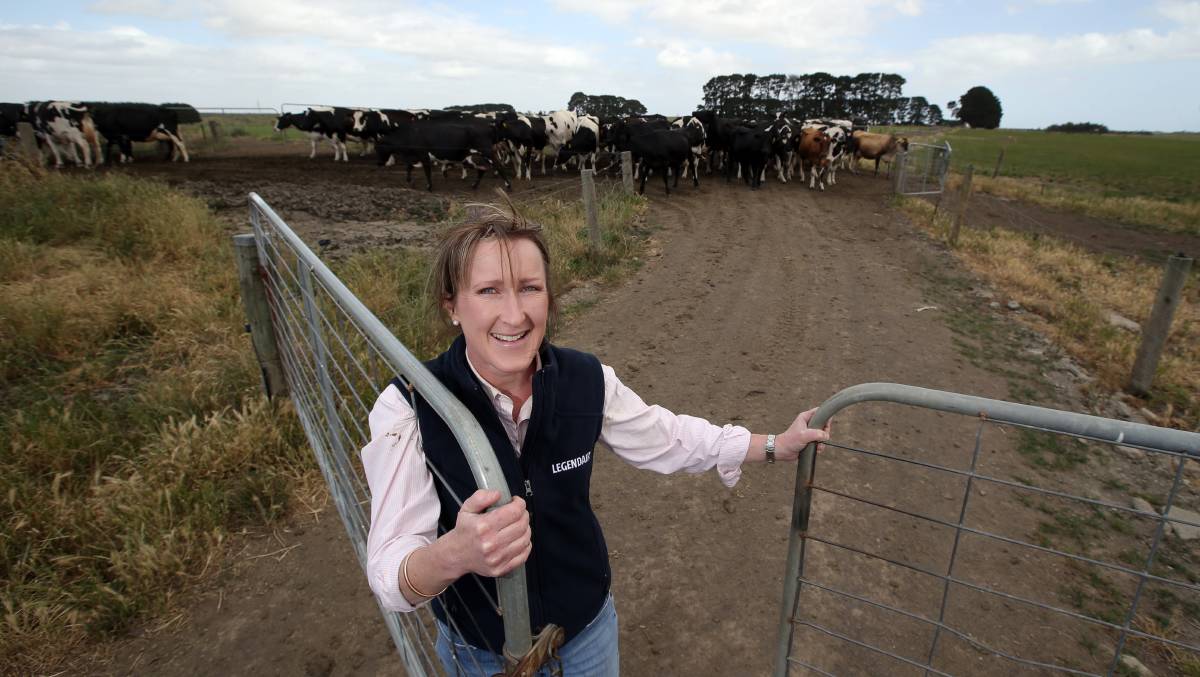 International demand for Victorian produce could exponentially increase in the coming months as the country's biggest exporter, China, turns to Australian agriculture.

During mass lockdowns and rising infection rates across the globe, Victorian producers are expected to face increased pressure for clean, green produce amid the spread of coronavirus, potentially good news for the state's farmers.

International trade consultant Alistair Nicholas, who works with Chinese companies to establish in Australia and Australian companies looking to expand into China, said COVID-19 was not all "doom and gloom" for Victoria's agriculture sector.

"Economies that are being hard hit are already starting to recover and China is already in a situation where it is already trying to pick its economy back up," he said.

"There will be a lot more focus on the services sector and [China is] obviously trying to get their manufacturing moving ... but they will have to be very careful of food quality, hygiene and health standards."

While China's traditional demand for products such as baby formula and powdered milk have been well-reported, Mr Nicholas said farmers should prepare to capitalise on an increased demand for home-grown produce.

"The Chinese are looking at how to get access to cleaner and better foods and one of the things Australia has always had going for it is that we are a clean, green supplier of food," he said.

"It's also been a growing market for things like beef and there are also opportunities for other things like rice, particularly low GI rice, because China has a growing problem with diabetes and low GI rice is something that can address that.

"Australia is in prime position to be able to take advantage of these opportunities as they start to emerge."

Mr Nicholas urged farming bodies and the agribusiness sector to think "long term" in an attempt to plan for future demand.

Among the demands, dairy - including fresh milk - could be at the heart of China's needs.

"There is a huge need for dairy and while China has been building up its own dairy sector it hasn't been without problems," Mr Nicholas said.

"The amount of land available for dairy farming is quite limited ... and that's why you see interest from Mengniu - one of China's biggest dairy producers - because they've got a lot of interest and have invested into companies like Bellamy's here because of the access to dairy.

"So there's a lot of interest in Australia's ability to produce high quality dairy product that China wants to have access to."

It is welcome news for dairy farmers like Lisa Dwyer, Purnim, who runs a dairy enterprise, Kangertong Pty Ltd, in Victoria's south-west.

"As a farmer, optimism is part of the job requirement and as the world continues to evolve and elevate the importance of high quality, safe produce that is based on sound animal welfare and environmental practices, we'll be able to maintain a level of demand," she said.

"China has become Australian dairy's biggest exporter ... but it also comes with some risks and this whole pandemic issue is bringing it to light more than we would have thought."

Mrs Dwyer said the increase in demand would reinforce the importance of Australian agriculture, but export of Australian produce, like dairy, needed to be strategically thought out.

"We are seeing some of the disadvantages and challenges associated with a high dependence on a narrow number of markets and that's not unique to agricultural produce," she said.

"It's because of this reputation that Australian ag has as a safe, high quality producer we also need to ensure that our markets aren't reliant on a very limited number of trading partners."