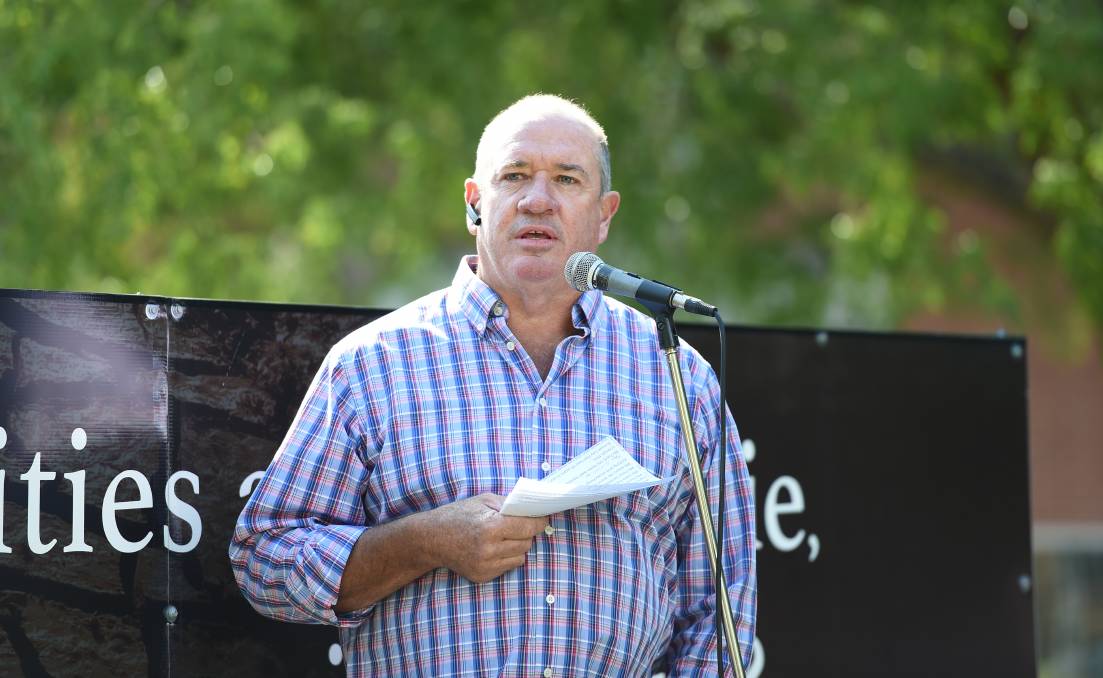 Farmers representing irrigators and river protection groups in the Southern Murray-Darling Basin have written to the government, urging swift action on the release of water for farmers.

In an open letter to the Prime Minister, Scott Morrison, the 13 bodies, from the southern Riverina, NSW, Sunraysia and north and central Victoria, said it was critical Australia ensured its food security, during the coronavirus pandemic.

"China has bought a massive one million tonnes of rice from Myanmar."

He said the panic buying that emptied shops across the country showed the food that was most valued by Australians - rice, flour, pasta, dairy and meat.

"Australia now imports most of its rice, half of its dairy products and nearly a third of the wheat, on the east coast, to make flour, bread and pasta."

Mr Brooks said until two years ago, the southern Basin's irrigated agriculture was producing 60 per cent of the nation's food.

"Today it's a different story," he said.

"This is the third consecutive year farmers have not been allocated enough water to grow food Australians need.

"Our rice farmers are unable to plant their crops because they have not been allocated any water from the recently flooded Murray River."

He said during the past two years, the region had lost half its dairy farms, while only 5pc of the rice industry still functioned.

Other countries were protecting their populations, but that was not happening in Australia.

"Water is flowing past our farms, but we're still on zero allocations," Mr Brooks said.

"Farmers in the southern Basin need water now so they can start planting."

Food producers said the southern Basin's food bowl was designed specifically for irrigation but that its purpose-built canal infrastructure and on-farm water efficiency investments under the Murray Darling Basin Plan were being wasted.

"Let's back our dairy and wheat and kick-start rice farming immediately."

And the state opposition has backed calls for water to be prioritised for food to help secure the nation's food supplies.

"Now, more than ever, our farmers need the resources at their disposal to do what they do best, and that includes having enough water to grow fresh, clean food for the nation," Ms Ryan said.

"Governments must explore putting environmental water back into the consumptive pool during times of low allocation to guarantee food supplies.

"The Basin Plan, along with the realities of climate change, is crippling industry in northern Victoria."

On January 31, the environment held 1173 gigalitres of water in Basin Storages, with 496GL carried over from last season.

Meanwhile, water allocations across the southern connected Basin remained low, with the cost of temporary water trading outside the reach of many farmers.

Ms Ryan said the opposition would support the necessary legislative changes to reallocate water from the environment to the consumptive pool in years of low allocation.

"With catchment in-flows significantly declining in recent years, the need for a more flexible Murray Darling Basin Plan is more important than ever," she said.

In 2007 John Howard released his National Plan for Water Security that stated: 'the counter-cyclical nature of environmental watering will also allow some water to be made available to irrigators during dry periods'.

"It's time to amend the Plan to allow John Howard's intention to be realised," Ms Ryan said.

"It would be disappointing if misleading statements led to unnecessary panic buying," Mr Pitt said.

"It is a challenging time for many Murray-Darling Basin communities with declining inflows during an ongoing drought and I will continue to work constructively with all state governments to achieve the best possible outcomes for stakeholders."

The story Irrigators call on PM to push for water release first appeared on Stock & Land.