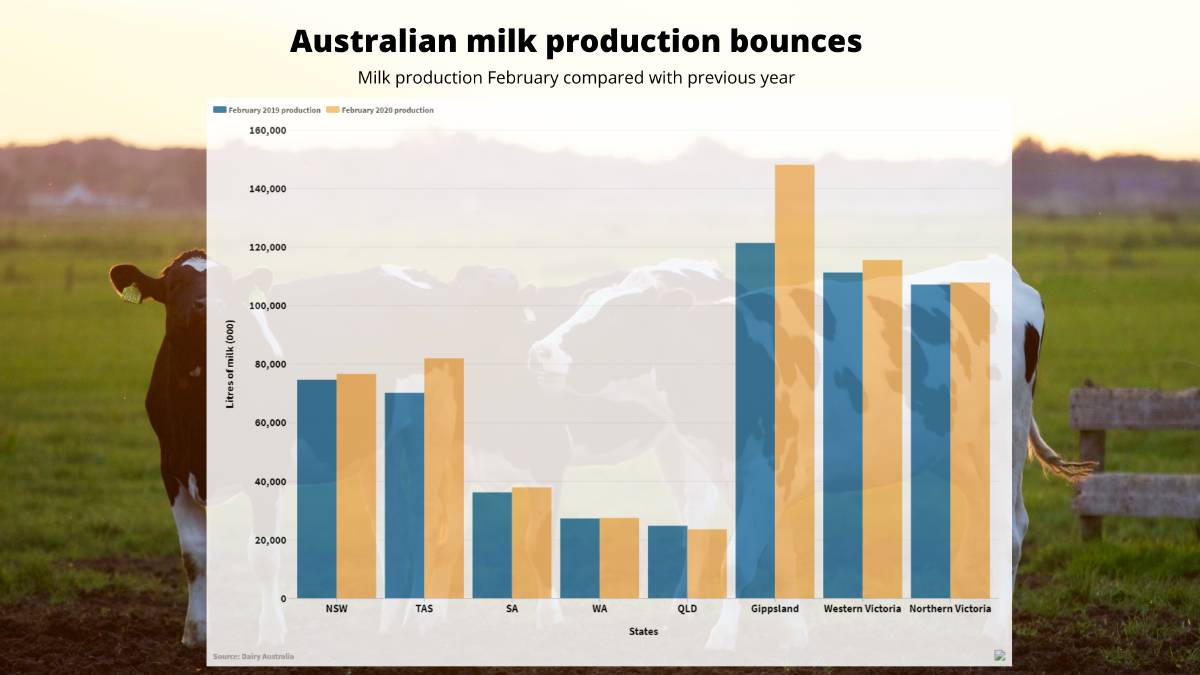 Australian milk production bounced in February with production up 8.1 per cent on the previous year.

Australian milk production bounced in February with production up 8.1 per cent on the previous year, the latest figures from Dairy Australia reveal.

But year-to-date production was down 2.6pc to the end of February.

The figures have not been adjusted for the leap year with an extra day in February this year.

Milk production was up in all states, except Queensland.

Gippsland and Tasmania are leading the resurgence.

Production in Gippsland was up a massive 22.1pc on the previous year, while year-to-date production is up 4.4pc.

Queensland continues to bleed production, down 4.9pc in February and 13.1pc year-to-date, confirming its position as Australia's smallest milk producer, with just 3.5pc of the nation's total.