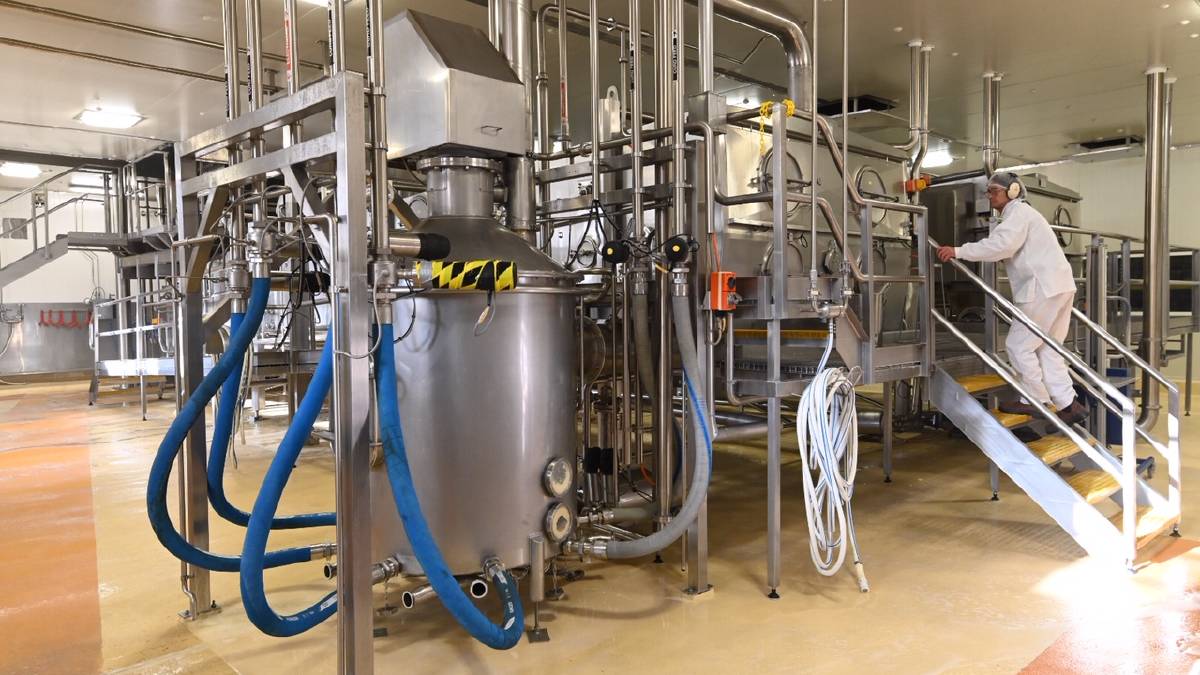 "There has been a shift in how people are eating by not going out and preparing more at home."

Consumers have been buying more staple items through the coronavirus pandemic as Tasmanians turn to their own kitchens rather than dining out.

This is according to Fonterra Wynyard Site Manager Kevin Walsh who is working alongside his 100 permanent and casual employees to meet Tasmania's demand for cheese, butter and milk.

"There has been a shift in how people are eating by not going out and preparing more at home," he said.

"We are making cheese at Wynyard and the demand has increased, so that has been a positive outcome for what we do.

"The advantage of being in food production and considered an essential service is that we have been able to maintain a full staff through the site.

"Our employees understand they play a key role in ensuring we remain operational."

While the site continues to work hard Mr Walsh said they have been forced to change their day-to-day operations to adhere to social distancing measures.

This has involved staggering start times and limiting the interaction between people in different departments.

"One of the areas people have a lot interaction in the lunch room so we had to minimise the number of people in that room and have had to rearrange the seating to maintain social distancing with reduced number of people," Mr Walsh said.

Mr Walsh said a strong season had eased the pressure on farmers to meet the demand.

"We have had a good season from milk perspective so our farmers volumes are higher than last year," he said.

"The seasonal conditions have been favourable in autumn with good rains and growth in the grass that has allowed farmers to produce more milk and allowed our factories to stay busy."

Mr Walsh said while the demand for products will drop off he expects it will remain greater than it was before the pandemic.

"I don't expect it to come back to where it was but will see a higher demand because people are habitual in what they purchase and will continue to," he said.