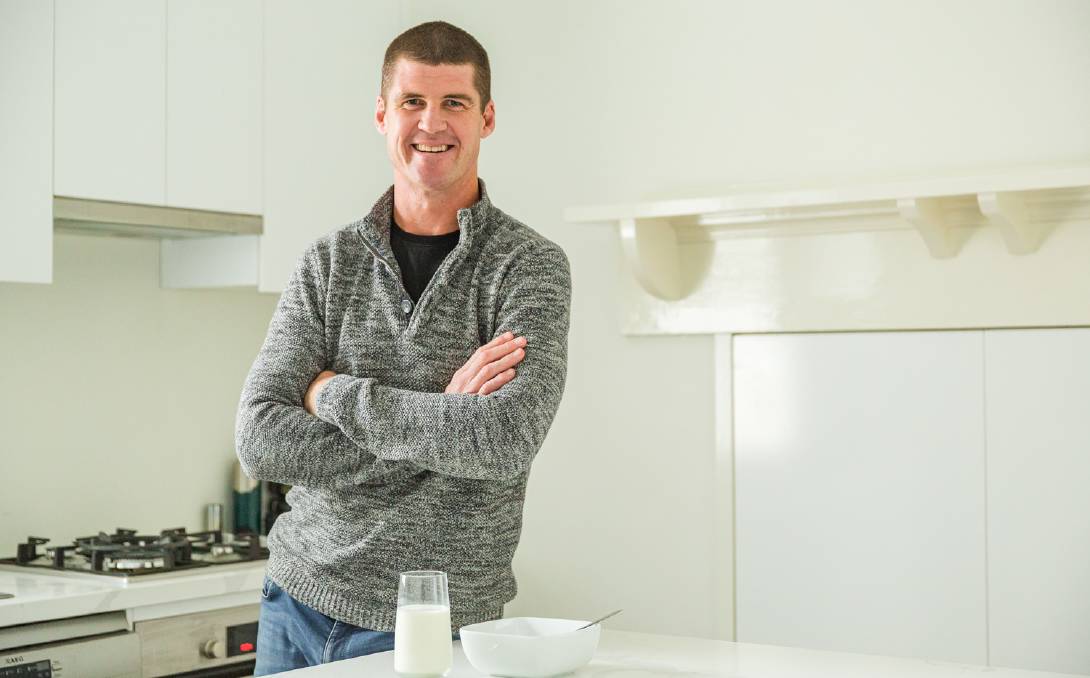 Mr Brown comes from a multi-generational dairy farming family and brings a genuine and passionate connection to the role of working with Dairy Australia to continue to support, promote and protect the industry.

His grandfather owned a dairy farm, and his uncle followed the family tradition, still maintaining a dairy farm in Warrnambool, Vic.

Mr Brown said he had fond memories of growing up on the farm, putting on his gumboots of a morning and helping his uncle in the dairy.

From these experiences, he said understood how critical the dairy industry was to regional communities.

"Aside from football, the dairy industry is the other centrepiece of many regional towns," he said.

Beyond his family connection, the former Brisbane Lions captain credits high protein dairy foods as playing an important role in his preparation and recovery as a professional athlete,

He said as a father of three, he also understood the importance of the key nutrients such as calcium in dairy as part of a healthy diet for growing kids.

"Dairy has played such an integral role in so many parts of my life so I'm so excited to be working with the dairy industry to ensure more Aussies understand why dairy matters for health and to our local communities," Mr Brown said.

"Engaging an ambassador that understands the role dairy plays in all these people's lives is so important to what we do," Ms Zucco said.

"We know that Jonathan is someone who not only understands the industry but truly believes in it due to his personal connection so for that reason he is the perfect ambassador as we move forward to build trust and relevancy for dairy."

Mr Brown is a celebrated legend of the Brisbane Lions Football Club, with three premierships, two All Australians and a Coleman medal to his name.

His success on the field led to a successful media career as a commentator for FOX Footy and as co-host of NOVA FM's Melbourne Breakfast show.