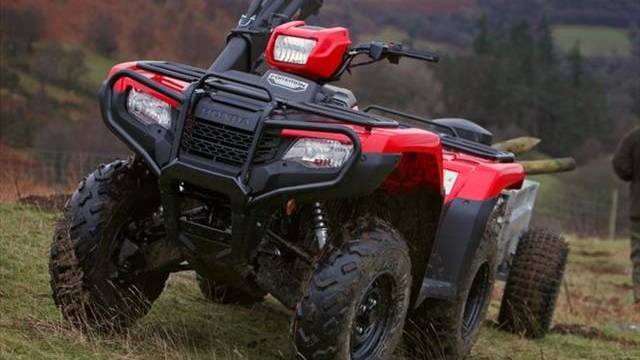 Honda have announced it will no longer supply quad bikes to the Australian market from 2021.

The move comes in response to changes in minimum safety standards enacted by the Australian Government in October 2019, as recommended by multiple state coroners along with a lengthy investigation by the Australian Competition and Consumer Commission.

The news comes as little surprise to industry, as Honda threatened their intent to move out of the market as early as May 2019, should the improved safety standards be adopted.

Director of Honda Australia motorcycle and power equipment Robert Toscano said the company would no longer sell quad bikes in Australia after the 10th October 2021.

While other suppliers are already moving to adopt the new standard, or alternatively transitioning customers to alternatives such as side-by-side vehicles, Mr Toscano said the new standard represented a set of regulations that could not be entirely met by any quad bike in the market today and 'forced' Honda to exit the quad market.

"The new standard is extremely disappointing for farm safety and the countless farmers who rely on quad bikes every day," he said.

"The safety of our customers is paramount, we will never compromise on this.

"Now that the rules have changed, it means we have to say goodbye to our ATV line up down under."

Mr Toscano said the company would continue to advocate for safety measures the company believe are 'proven' such as mandating helmets, supporting ride training and preventing children under the age of 16 from riding adult sized quad bikes.

"Safety standards must be evidence-based, in both criteria and testing methods, to internationally accepted standards," he said.

"Honda has provided research to show the negative outcomes of the governments' proposal but unfortunately it was not considered and we are here in this position today."

Mr Toscano said the company would continue to provide parts and service for its ATV range for at least the next ten years, and would continue tot offer its range of side-by-side vehicles and agricultural motorbikes.

Manufacturers Polaris and Yamaha has also said they will discontinue quad bikes sales in Australia by October 2021.