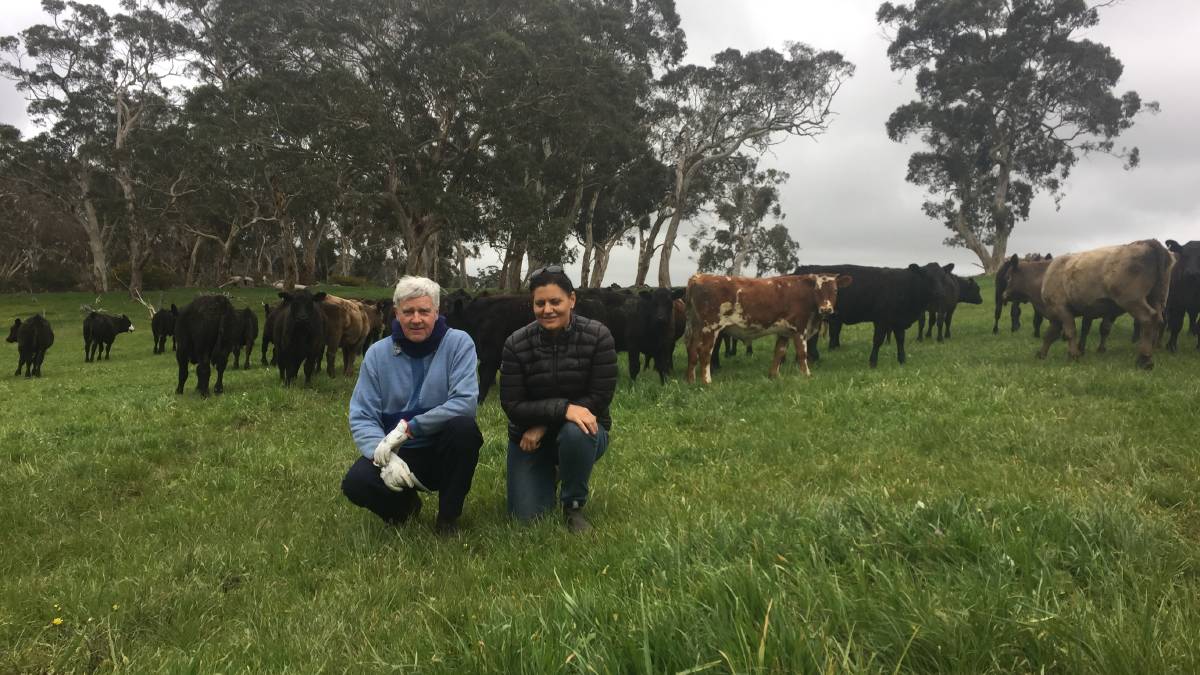 INCLUDING biochar in dairy feed mixes has led to a marked increase in milk yield during trial work on the Fleurieu Peninsula, and its effects are set to be investigated in beef herds.

INCLUDING biochar in dairy feed mixes has led to a marked increase in milk yield during trial work on the Fleurieu Peninsula, and its effects are set to be investigated in beef herds.

In research conducted by Climate and Agricultural Support Group's Melissa Rebbeck and funded by the Dairy Industry Fund, a hardwood-based biochar was added to a dairy herd's feed mix at a rate of 150 grams a head per day.

Across a year, one dairy trial showed an improved milk yield of 1.4 litres/head/day on average.

"The increase in profit from increased milk yield worked out to about $70,000 for the year, taking into account the cost of the biochar," she said.

"We're looking to get biochar produced locally and hoping to keep the cost under $300/t."

The astounding trial results were credited to improved feed conversion, stemming from a redox reactive process in the rumen.

It is a theory and feed mix which has been investigated by Manjimup, WA, beef producer Doug Pow and Ms Rebbeck is also interested in pursuing beef trials following promising anecdotal results with her own cattle.

"I buy my cattle from markets to fatten and sell," she said. "I get them onto biochar straight away and have noticed a marked improvement in behaviour, manure smell, coat shine and they fill out reasonably quickly."

While the increased milk yield and fodder savings shown during the dairy trials were impressive, a co-existing dung beetle breeding program has amplified the trial's success by helping to positively impact soil and plant health.

FBG has seen multiple soil health and production benefits as the beetles have populated the Fleurieu.

Climate and Agricultural Support's Melissa Rebbeck said the beetles had quickly multiplied and would soon be released to infiltrate other Fleurieu farms.

"Dung buried from cows on the biochar feed is carbon and mineral-laden and we have anecdotal evidence that it builds soil microbes, carbon and soil health," she said.

"When talking manure content, 250 cows produce 2000 tonnes of dung in a year. If that's buried by dung beetles - an average property on the Fleurieu might be 200 hectares - it equals 10t/ha of cow manure full of beneficial minerals and carbon.

"It is a rate far higher than what can be afforded spreading other fertilisers, which are often spread at a maximum of 200kg/ha.

"Spreading 10t/ha of cow manure that's been activated with biochar could have big benefits to soil, profitability and production."

At a dairy hosting a biochar feed trial with active populations of dung beetles, Ms Rebbeck said there had been one unit of pH increase in its acid soils in just nine months.

They also found an increase in cation exchange capacity - better nutrient and mineral take-up by plants - and more potassium and calcium in plant tissue.

Start the day with all the big news in agriculture. Click here to sign up to receive our daily Stock Journal newsletter.