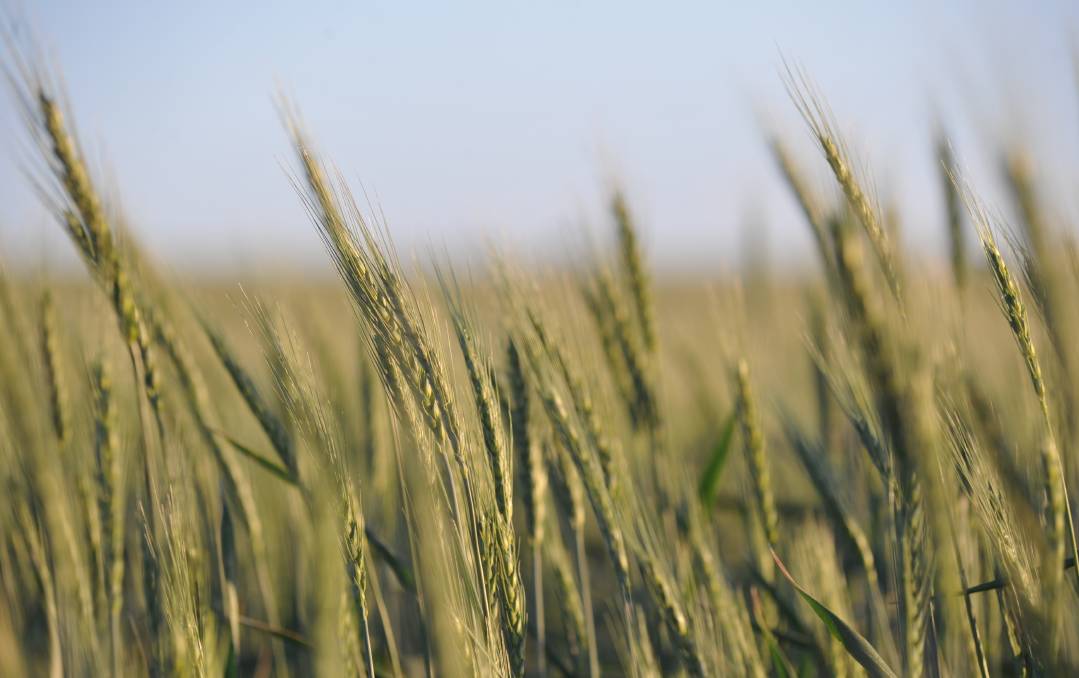 Agricultural production is rising in value again, defying the global economic slowdown, but exports will suffer

Thanks to rain Australia's agricultural production is rising in value again, defying the global economic slowdown caused by coronavirus and an expected surplus of farm products on export markets.

But farm export values are set to fall to $44.4 billion in 2020-21 as global economies weaken and less meat is sent offshore.

Canberra's commodity forecaster the Australian Bureau of Agricultural and Resource Economics and Sciences is tipping farm production increases will lift crop and livestock output values "modestly", by about one per cent, to $61b in 2020-21.

If it all comes off as expected it will be the third straight year the farm sector's production has held above $60b, although the figure is still stuck well short of the industry's 2030 target of $100b.

ABARES said while the COVID-19 pandemic would continue to present challenges, the agricultural outlook in the next financial year would be dominated by an anticipated drought recovery following useful summer and autumn rain in much of eastern Australia.

Total farm production was tipped to be about 7pc higher than drought-affected 2019-20.

However, livestock production values are forecast to fall 10pc to just above $30b, ending a run of very strong growth - Peter Gooday, ABARES

Acting executive director Peter Gooday said better seasonal conditions were driving a 15pc forecast rebound in grain production to be worth about $30.8b.

"However, livestock production values are forecast to fall 10pc to just above $30b, ending a run of very strong growth," Mr Gooday said.

Restocking was likely to be a priority after three years of widespread drought, tightening the numbers of sheep and cattle available for slaughter and meat available for export.

"A bright spot is that red meat prices are expected to hold up because shortages caused by African swine fever are still driving protein demand in Asia," he said.

However, the global economic slowdown and higher agricultural production overseas would likely weigh on most major commodity values.

Australian and international economic activity was expected to decline 3pc this year.

The global setback, although more noticeable in advanced economies, would hit emerging and developing countries hard, too, which was not the case in the 2009 global recession.

Global incomes per person were tipped to fall an average 4pc, but were also assumed likely to recover about 4.7pc next year.

Without local market pressure from drought shortages, ABARES said domestic grain prices would revert to export parity values which were expected to slide for most grain and oilseed crops and for fodder, milk, wool and cotton.

Overall farm export values were forecast to fall about $2.7b to $44.4b in 2020-21, largely because of fewer meat exports and a rebuild in domestic grain stocks after drought would undermine trade earnings.

Grain exports would still likely increase by almost $2.3b, but more than 4 million tonnes of the 2020-21 grain harvest in spring and summer was set to be retained to rebuild domestic stocks.

"We recognise there is an enormous amount of uncertainty regarding the economic impact of COVID and the duration of effects," Mr Gooday said.

"This translates to more uncertainty in agricultural markets, but as we have seen, demand for Australian food staple exports remains relatively steady, and our industry has shown it can adapt as conditions change."

Agriculture's resilience and ability to adapt swiftly should position the sector well during the post pandemic recovery.

Cheap oil would also hurt global sugar and corn values as it undermined biofuel prices, and would make synthetic fibre more competitive against wool and cotton.

However, the International Monetary Fund has assumed a robust global economic growth rebound in 2021 of 5.8pc, although activity word still be 4pc lower than what would have been the case without the pandemic.

ABARES has warned other trade risks still threatened Australian farmers, including the China-US dispute and the US's own economic prospects if hit by a second wave of coronavirus infections and uncertainty around its presidential election.

The end of year elections may result in policy changes and more global economic redirection, while Britain's December exit from the European Union continued to be a risk for the Eurozone, with any trade negotiation hopes now frustrated by the pandemic.

Australia's trade relations with China were also unpredictable, which meant exporters may need to seek alternative markets, even if that meant accepting lower margins.