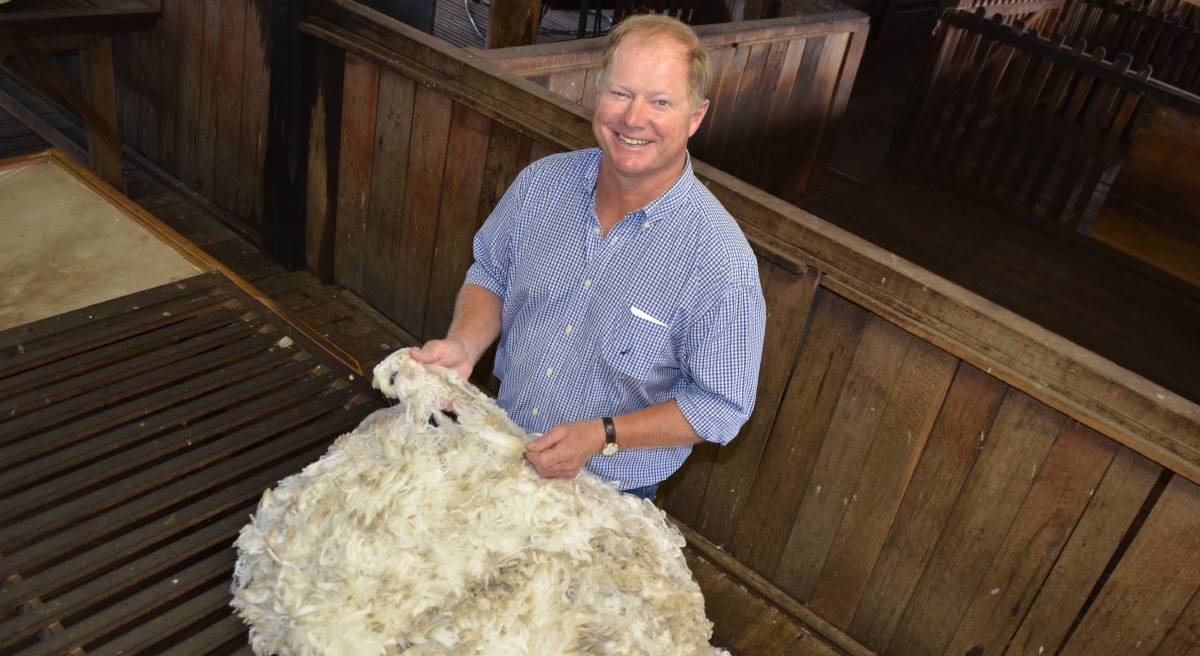 Will the volatile wool market be the final straw for wool growers considering a switch into another enterprise?

The Australian wool industry is facing one of the most challenging times in its history and many fear it could struggle to bounce back.

At the forefront of these challenges is the wool market, which is currently in the midst of its three-week winter recess, following a tumultuous 2019/20 season which saw it tumble 605 cents a kilogram or 35.3 per cent on the previous season.

Wool growers were clearly unsatisfied with the prices being offered, passing in 17pc of the offering, leading to a total season turnover of $1.973 billion, compared to $3.192 billion the season before.

And while COVID-19 and its associated lockdown measures have been blamed for the volatile season, some industry experts believe there are bigger issues that will affect the viability of the industry long term.

Mecardo managing director Robert Herrmann said the wool industry had been battling in a "fight for acres" for a number of years, which had been less problematic when wool prices had been at record highs in recent years.

But Mr Herrmann said the recent plummeting of the wool price could see more wool producers moving into prime lamb enterprises, or even out of sheep altogether.

"The original fight for acres came from the problem the sheep industry was having in retaining sheep numbers against the expanding cropping industry," he said.

"But we didn't see that as a looming problem before the wool market fell over."

With drought breaking in a lot of the country and a good break following, he said many sheep producers would be in the midst of or thinking about restocking.

"The question will be what sort of stock these farmers are going to run with," he said.

"We know that when the relationship of the wool price to lamb price changes to negative, then the following year we have an increased mating of ewes for prime lamb."

He said this meant there would most likely be more prime lambs on the ground next year, with the percentage of Merino lambs declining, but he said time would tell whether these were short-term or long-term decisions being made by producers.

"The response to markets will be short term but it will become longer term if that relationship between wool and lamb prices stays at the levels it is at now," he said.

"And that's happening now for a logical reason - the world continues to consume food but might not continue to buy the luxury items that wool fits into."

So is there anything the wool industry can do to buck this trend?

Mr Herrmann said matching the innovation being seen in the cropping industry would help.

"A good example would be, if you were to ask a Marcus Oldham student what they were doing after graduating, many would say cropping," he said.

"And if you said to them, 'well you're going to have to do your harvest by picking up a 180-pound bag of wheat 500 times a day and throwing it on the back of your truck', so there's no bulk handling, no augers and no sitting back in the open air header with the air con on, well that wouldn't be as attractive as an option.

"The sheep and wool industry needs to match the grain and lamb industry progress, otherwise the excitement of other alternatives will continue to eke away at traditional Merino sheep acres."

SustainaWOOL program manager Paul Swan said the Australian wool industry was facing reputational damage by still being caught up in the mulesing debate.

"We are in a situation where roughly one in every six bales of wool offered at auction has come from a property that has ceased mulesing and there are clear price premiums in the marketplace for non-mulesed wool so there is clear evidence of an under supply," Dr Swan said.

"We've made good progress in a difficult area but I know there is a lot of potential further progress to be made."

He said this demand was driven by brands and retailers who wanted to be assured that their supply chains complied with best practice standards.

And he said SustainaWOOL was an example of the commercial industry wanting to broaden the discussion beyond traditional measurements.

"We provide a simple way to identify growers that meet those standards and for brands and retailers to connect with them," he said.

Dr Swan said the challenge for producers was how and if they could respond.

"We need to be able to supply the market with what it needs and when it needs it," he said.

"The fact that we have spent the last 10-15 years talking about mulesing and whether the industry is taking it seriously is in itself damaging.

"As an industry, we have challenges in front of us and we need to be proactive about them."

NSW superfine wool grower Hugh Sutherland made the decision to cease mulesing his flock at Uralla 18 months ago.

Mr Sutherland said he had never been a huge fan of the practice and wanted to "move with the times".

"No one likes inflicting pain, so anything we can do to minimise that is a good thing," he said.

"And rather than being dragged along reluctantly, I wanted to take the bull by the horns and embrace it."

Having been in drought for the last six years, he had dramatically destocked to less than half what he would normally run, with 5500 sheep currently on his property.

He said he hadn't been able to accurately measure the impact the operational change had had yet as he hadn't had the sort of conditions that would result in flystrike.

"With less rainfall there's less moisture and that's one of the things that causes flystrike," he said.

"We'll just have to wait and see what issues it creates for us when we do get into that challenging period and work out plans to deal with it then."

He believed the industry in general was moving forward and encouraged all producers to "adapt to the times".

"Anyone that's in tune with what's happening is looking towards changing their practices," he said.

"We can't just go on as business as usual." 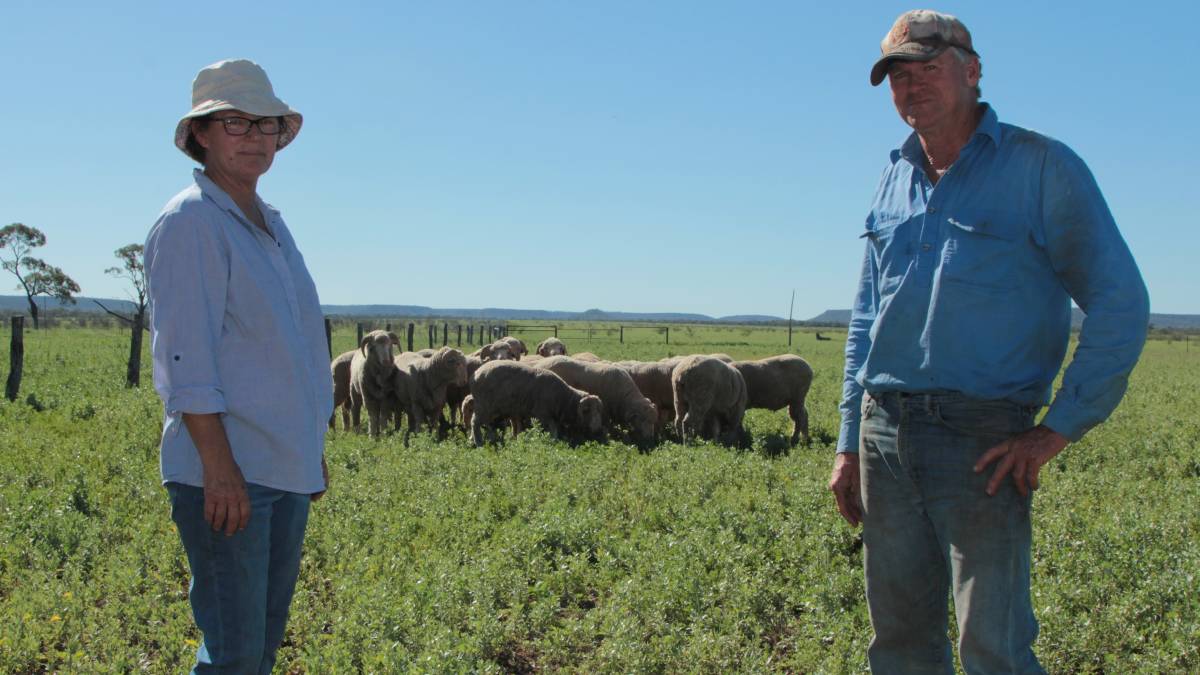 Rick Keogh has been in Merinos all of his life and enjoys dealing with the challenges the industry throws at him.

"We concentrate on three traits - micron, fleece weight and body weight," he said.

"A couple of years before we bought it [in 2001], the stud was delving into indexing and we've continued that benchmarking through sire evaluation."

But he said one of the biggest challenges they had encountered was wild dogs and it was their ability to adapt to the situation that got them through it.

In 2014, they installed over 1200 hectares of fencing and the first year after doing so, recorded a 95pc lambing rate.

This was compared to a 35pc lambing rate on the ewes that weren't inside the fencing.

The following year they achieved 85pc scanning, while only five lambs were marked outside the fencing.

"We wouldn't be here if we didn't install the fencing, we would have gone broke," he said.

To adapt to the times, they ceased mulesing on their property three years ago.

And while Mr Keogh said they were still dealing with the impacts that resulted from the operational change, they felt a responsibility as stud producers to explore it and develop a management system around it.

"While I don't mean to advocate for everyone to stop mulesing, it's just something that the industry needs to address," he said.

"We can't bury our head in the sand about it."