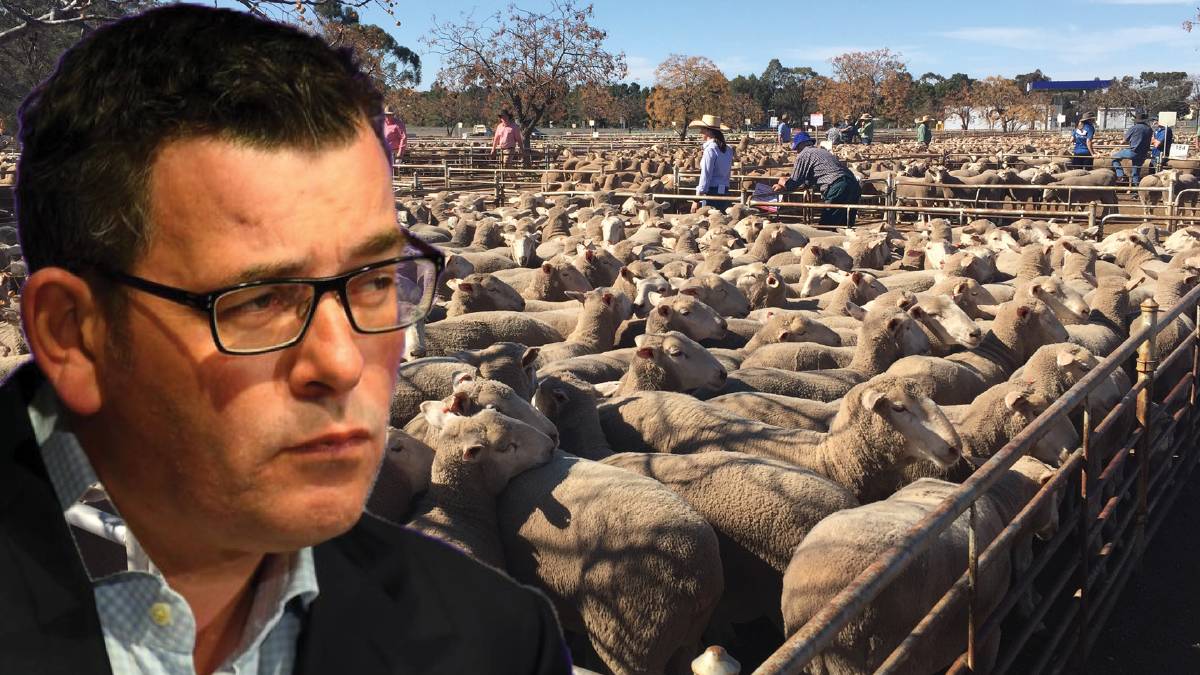 Dan Andrews announced on Monday that Victorian meatworks needed to operate at two-thirds of their usual workforce.

As the biggest processing state of sheep and lamb in the country, what impact will Victoria's reduced capacity have on the industry as a whole?

As the biggest processing state of sheep and lamb in the country, what impact will Victoria's reduced capacity have on the industry as a whole?

In announcing what industries would close and stay open amid the state's stage four COVID-19 lockdown on Monday, Victorian Premier Daniel Andrews said meat processors would have to scale back to two-thirds of production as of midnight this coming Friday.

Mr Andrews said this wasn't two-thirds of their peak workforce, but two-thirds "related to the operations as of last week".

"During spring they would be at a higher level [of staff] and they're at a lower level now but it still needs to get lower, otherwise we won't be able to achieve what we want to achieve," he said.

So far this year, Victoria has accounted for 47 per cent of the total national sheep and lamb slaughter and Rural Bank head of sales for eastern Australia Andrew Smith said while reducing the state's processing capacity caused uncertainty for the industry, the majority of the potential impact will be mitigated by reduced throughput.

"And we believe that has a lot to do with tightening supply coming out of drought, with producers restocking and holding onto sheep numbers a bit more.

"That 25pc reduction has been pretty consistent for May, June and July this year, so there's been this steady trend of reduced throughput."

He said when you put that up against a 33pc reduction in processing capacity (or one-third), the lower throughput could actually "counterbalance" it, meaning the effects wouldn't be as negative as first thought.

"I think the interesting case will be once we get to spring and obviously the peak lamb numbers will start coming onto the market and that's going to create more of a pressure point," he said.

"Current projections are we'll be up 4.5pc on last year," he said.

"The other thing is that is quite below the five-year average - 4.5pc lower."

He said in recent weeks, some stock originally destined for closed plants in Victoria had been shipped to other states like NSW or South Australia instead, and that may continue to happen.

When it came to prices, he said spikes in consumer demand could result in a market rise, but it was incredibly hard to predict what was ahead given the unprecedented times we were in.

"We could see rises in consumption levels and maybe continuing tighter supply given we're still in that winter period, which could put a bit of upward pressure on prices," he said.

"There's been a bit of a flurry recently of people trying to get their stock into the market and prices have come off in recent weeks, so hopefully that settles down a bit."

When it came to supply, Australian Livestock Saleyards Association president Stuart McLean said the reduced processing capacity wouldn't result in a shortage of available product, but panic buying would.

"I don't see butchers and supermarkets having a shortage of product coming through, it will just be people filling up their fridges," he said.

"That's what happened last time and then once the panic buying stopped, there was an oversupply of products on shelves.

"Hopefully there's a bit more sanity and surety this time around that [butchers and supermarkets] aren't going to run out."

He said one positive to the situation was that it was happening at a time of year which was not a high throughput period.

He hoped the industry would be able to bounce back in a couple of months.

"Hopefully this is just a hiccup," he said.