There are ongoing concerns that COVID-19 border shutdowns and travel restrictions will result in a national shearer shortage heading into the busy spring shearing season. 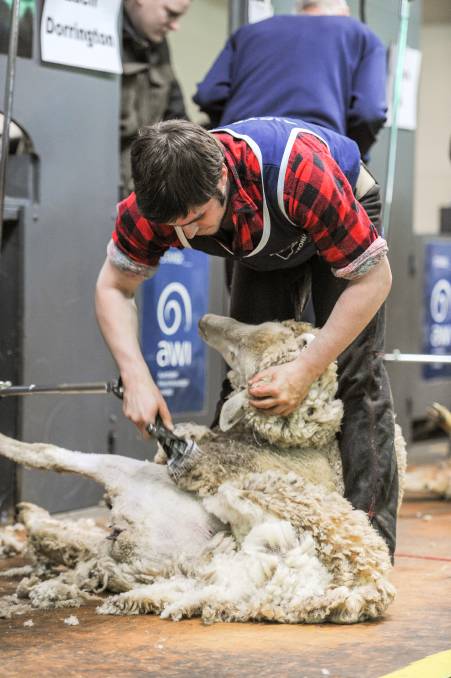 A national shearer shortage is on the cards as travel restrictions prevent overseas shearers helping in the busy spring shearing season.

There are ongoing concerns that COVID-19 border shutdowns and travel restrictions will result in a national shearer shortage heading into the busy spring shearing season.

Each year, Australia relies on around 500 New Zealand contractors who help shear between five and seven million sheep.

According to Shearing Contractors Association of Australia secretary Jason Letchford, that's 10 per cent of the nation's sheep flock that won't be shorn by a workforce we would normally have here to do so.

"It is absolutely a concern for us at the moment," Mr Letchford said.

"We're not talking about incumbent or resident Kiwis, we're just talking about seasonal workers who hop on a plane, fly over and shear for the season.

"They would traditionally arrive at the start of spring and stay until the end of November or possibly the start of December, before returning for their busy period back in NZ."

A Department of Agriculture, Water and the Environment spokesperson said while they recognised the importance these seasonal shearers had to the industry, the decision to approve border exemptions ultimately came down to the Australian Border Force commissioner.

"At this point in time with Australia's borders closed, the only means to get workers in is for travellers to seek an exemption from the Australian Border Force commissioner based on those workers providing critical skills," the spokesperson said.

"The movement of workers between different states is governed by state health directions and it is important that potential workers and employers understand those requirements before they seek to travel."

Mr Letchford said there had already been seasonal shearer shortages, so this would add to the complexity in sourcing staff.

"As a wool producer, you want to be able to harvest your clip within a week or two, which is desirable for animal husbandry and commercial reasons, but every year that is getting tighter and tighter," he said.

"I think that will be dictated to by the service provider and if a contractor can get there for when you necessarily want them there.

"There's certainly incentives there to jump in your car if you don't have COVID-19 and get there to try and fill that void."

In late June, WoolProducers Australia (WPA), who was working with the National Farmers' Federation, Shearing Contractors Association of Australia and the Western Australian Shearing Industry Association, put an official recommendation to the federal government, calling on it to expedite the approval of visa applications for shearers and shedhands travelling to Australia for spring wool harvesting employment.

In a survey WPA conducted to understand the impact coronavirus had had on wool growers' businesses, 41.2 per cent of respondents indicated that they or the contractors that they employed sourced overseas staff during a 12-month period.

"It is important to note that as this survey was conducted in May and the peak shearing season in Australia is during spring, and while just over 10pc of respondents had indicated current problems with sourcing contract labour, there is concern about the upcoming spring shearing season and the ability to access the required labour at that time," WPA said.

But WPA president Ed Storey said even if NZ shearers were granted entry into Australia, they may not want to come over and face the lengthy stays in quarantine.

"There are ongoing conversations with the Australian and NZ governments regarding travel bubbles and the like, but we know if they were to come to Australia they'd have to be in quarantine for two weeks," Mr Storey said.

"And there are no direct flights from NZ to Perth, so if you asked a NZ shearer to spend two weeks of quarantine in say Sydney, and then another two weeks in Perth, that's a lot to ask."

He said while a reduced number of sheep in WA given the state's earlier sell-off could help the situation, there would still be challenges ahead getting sheep shorn in a timely manner.

"WPA alerted the government to this problem three to four months ago," he said.

"The government needs to play a constructive role in trying to facilitate this for the health and welfare of our sheep and the productivity of the industry."

Mr Storey said one positive to the situation was that it was an opportunity for up and coming Australian shearers to get a foot in the door.

"If a young shearer is keen to get some work and they're prepared to travel to where the sheep are, this could be a real chance for them to get started in the industry," he said.

He said WPA had a meeting planned with the federal government later in the week to discuss solutions.

Roger Pearse of Pearse Shearing, who is based in Ararat, Vic, and services a lot of the Wimmera region, normally hires 10 or 12 NZ shearers a year to help with his workload.

Mr Pearse said in recent years he had found it hard to source NZ shearers but knew this year would be even more challenging.

He also sources a handful of shearers from the UK who he didn't believe would be coming to help this year.

He said his only option was to work with wool growers to either move their shearing schedule forwards or backwards to help get through the workload.

"The only thing we can do is spread out our work over the next three to four months to make it all possible," he said.

"I'll be relying on my full-timers, which I have about 70, to get through this."