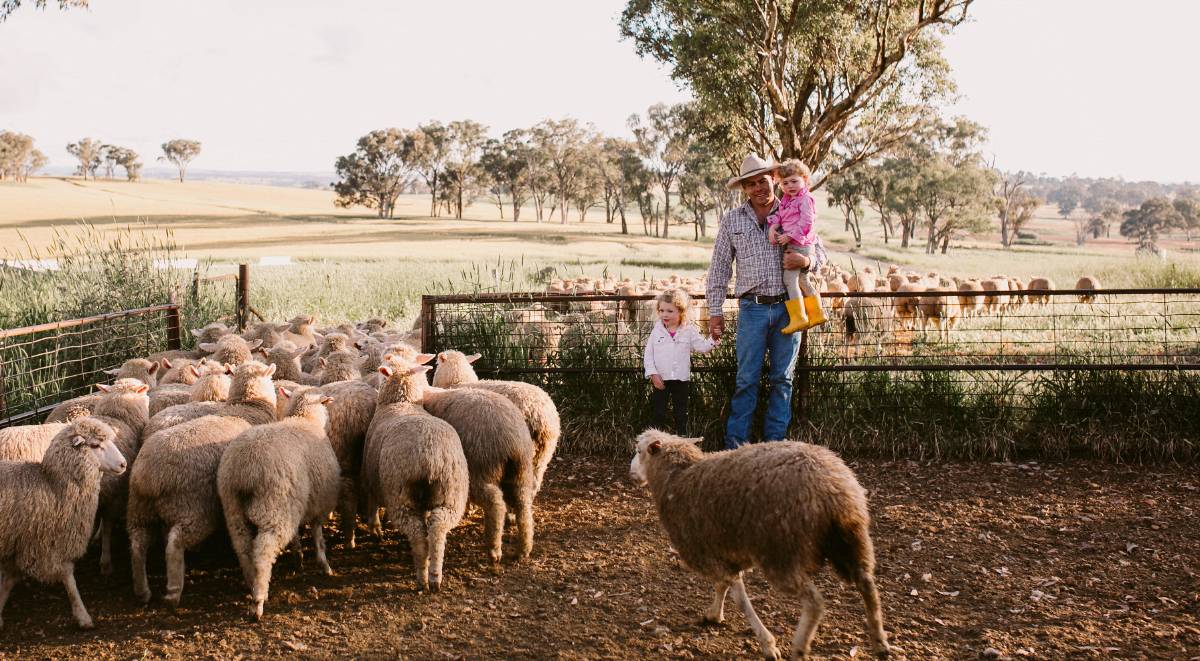 There are growing calls for the livestock industry to implement a national strategy on sheep identification tags.

There are growing calls for the livestock industry to implement a national strategy on sheep identification tags, but some say a "one-size-fits-all approach" may not work.

Victoria is currently the only state in Australia to have mandated the use of electronic identification (eID) tags on sheep, but the move - made in 2017 - has been heralded an "absolute success".

Stuart McLean played a big part in getting these laws over the line in his role advising the Victorian government as Sheep and Goat Identification Advisory Committee chair, and he is calling on the rest of the country to follow the state's lead.

Mr McLean said the adoption and compliance by Victorian producers over the last three and a half years had shown how successful the reform had been.

"You'd struggle to find a sheep in Victoria that didn't have an eID tag in its ear," he said.

"We've had issues with the odd person but the absolute majority have been compliant."

In the saleyards, he said there were initial teething issues but readability levels were now at 99 per cent.

And while there had been challenges at the start for processors, swift investment in new technology had meant the process worked smoothly today.

Mr McLean said while other states had shown an interest in Victoria's experience, the cost of the tags and the technology that came with them was their biggest barrier.

But he said the traceability benefits that came with the eID system would largely outweigh any initial cost hesitations.

"If we have a major hiccup in the industry like a zoonotic disease breaking out, and if it can't get locked down quickly, it won't just affect a few lambs, it will affect the whole red meat industry," he said.

"Whilst we haven't had foot and mouth disease here, we didn't have coronavirus six months ago, so you never know what's to come."

He said to have the entire country using the one system would be "a massive logistical benefit".

"We know that stock move all around Australia, backwards and forwards, so from a processing point of view, you'd be able to see exactly where they've come from," he said.

Mr McLean said the cattle industry had been successful in mandating the use of eID tags through the National Livestock Identification System.

"Australia's cattle industry has got worldwide recognition for its traceability," he said.

And he said if the sheep industry didn't follow suit, "slowly but surely we'll be found out as a country that doesn't have full traceability of the product that people are eating".

The calls come as Sheep Producers Australia (SPA) prepares to release recommendations to the federal government indicating their stance on the matter following extensive analysis of Victoria's current system.

SPA chief executive Stephen Crisp said they had investigated the traceability and productivity benefits eID tags had to the supply chain and "whether they were real or imagined".

While he couldn't divulge the details of the recommendation yet, he said he was in favour of forming a national strategy.

"It's always more efficient to have a streamlined process," he said.

Nick Bailey runs 13,000 breeding ewes in a prime lamb operation at Panuara, NSW, with wife Belinda and parents Andrew and Annette, and he didn't believe a one-size-fits-all approach to sheep tags would benefit the industry.

"As a manager of a terminal operation, every one of those tags will end up on the kill floor within 4-5 months and taking our outlay on tags from $4500 to $21,500," Mr Bailey said.

"There are a million better places I could allocate that capital in our operation."

He wasn't against eID tags generally and said he saw the traceability benefits they could offer but he didn't believe they suited every operation.

"Rather than the government coming in and making them mandatory, I would love to talk about it more," he said.

"There could be an exemption made so that if a lamb is going direct to the works, they don't need the tags, but if it's being sold through a saleyard or on AuctionsPlus, they do have a tag.

"I just don't think a blanket approach is going to work."

Mr Bailey said he felt like sheep producers were being "bombarded" with extra costs through mandatory decisions.

"There may be a change in NSW making pain relief mandatory when lamb marking, and having done a few sums, that's going to be an extra $2.50 a head for me and if you add the tags, that's an extra $1.20 a head," he said.

"These things add up and having just come out of drought and now facing coronavirus, it just doesn't feel like good timing.

"Farmers in Australia are more professional than they've ever been, so let's not play Big Brother and take away from our decisions."

When it came to the west of the country, Sam Higham, who runs a mixed Merino and cropping enterprise in Williams, WA, believed mandating eID tags was a step in the right direction but not a "silver bullet".

"Producer compliance is key and the eID tags need a solid platform to work with, such as a software database that can be easily created and updated to ensure producers are meeting the required standards," Mr Higham said.

"Currently producers who have adopted eID tags are focused on production and breeding benefits so the WA government would need to investigate Victoria to implement changes that will ensure all states have a compatible traceability system."

He believed Victoria was currently setting the benchmark and he could understand that their producers would be frustrated that other states weren't following their lead.

"From a WA perspective, I think a lot could be learned from Victoria's example and if our WA government could support the industry financially like the Victorian government did, then I think a transition could be reasonably popular," he said.

"I'm not sure how effective WA's current system is, I'd imagine not too bad but a disease outbreak could find it to be lacking."