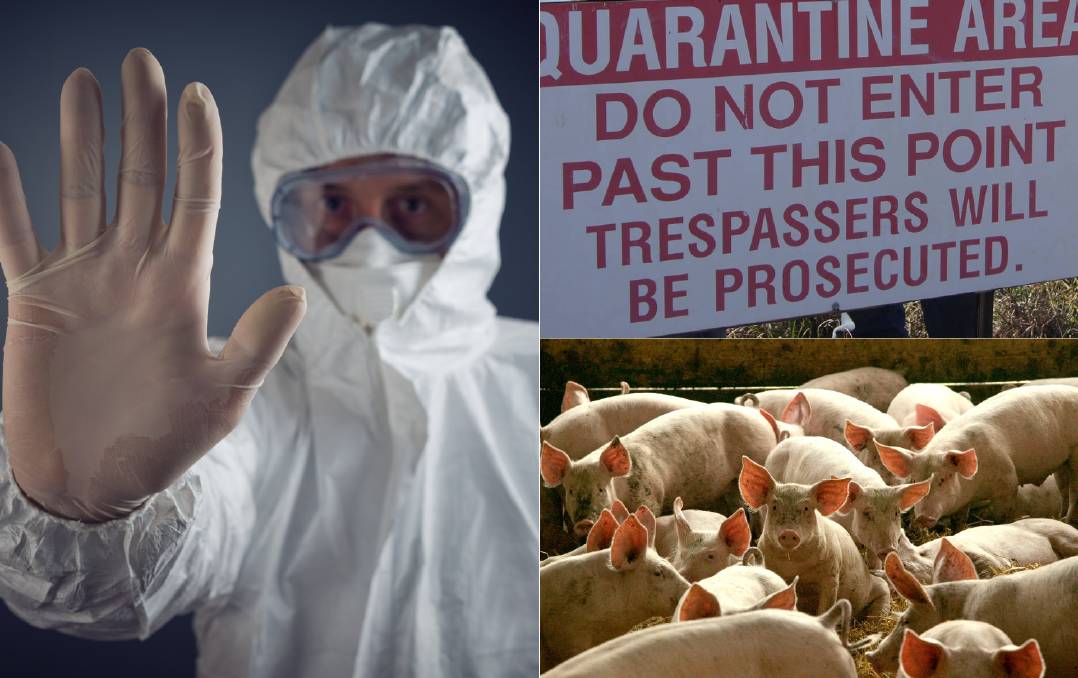 The threat of an animal disease outbreak is increasing but Australia is well-placed to deal with it.

While the threat of an emergency animal disease outbreak is increasing, Australia is well-prepared to deal with the introduction of a disease.

While the threat of an emergency animal disease outbreak is increasing, Australia is well-prepared to deal with the introduction and outbreak of a disease.

That's according to Australian Centre for Disease Preparedness senior principal research scientist Dr Wilna Vosloo, who said the country had strict biosecurity rules and regulations, but the prevention of an animal disease outbreak also depended on people doing the right thing.

"In a lot of cases, if you trace back the original introduction of a disease, it's come from people doing things illegally," Dr Vosloo said.

"This includes bringing in meat and meat products that could contain viruses that pose a threat to our livestock industries."

She said African swine fever (ASF) was currently the biggest threat to the Australian livestock industry.

"After ASF was introduced into Eastern Europe and an initial slow spread into the Caucasus, it has recently exploded in South East Asia," she said.

"It has reached Papua New Guinea, which is much closer to our borders.

"Having said that, most pig farms have very strict biosecurity procedures.

"But the fear is that it may get into our feral pig population, where it can establish as a reservoir and will be more challenging to eradicate."

Another disease of concern was African horse sickness (AHS).

"There was an outbreak of AHS in Thailand recently and that's after it had previously only occurred in Africa, with some incursions in the Middle East, Spain and Portugal," she said.

"Thailand is still quite far away but AHS is spread by [insect] vectors so once it becomes present in vectors, you could have a severe problem controlling the disease."

Dr Vosloo said the reason these diseases were so threatening was because they were spreading further than their historical distribution, potentially impacting animals with no immunity.

She said the threat of the unknown was also frightening, as was seen with the current COVID-19 outbreak, a disease that was unknown until nine months ago.

"It's a very complex field; how do you look for an unknown?" she said.

The way they attempt the task is by assessing viruses found in different species, for example bats.

"We have the technology to find thousands of viruses in an animal, but to determine which are going to be a potential danger is incredibly hard," she said.

"New viruses are being found all the time but we're not quite sure which are going to be a threat."

Despite all of this, Dr Vosloo felt Australia was well-placed to handle any potential outbreak.

"Australia is first class in the world in terms of plans to deal with an outbreak," she said.

"Our AUSVETPLAN, which has all the steps necessary to deal with an outbreak, has been mooted as an example all around the world.

"If we relate it to the COVID-19 outbreak, the fact that we have had stage three or four shutdowns and the initiation of masks, all of these plans are already worked out for animal diseases.

"And it's all agreed between governments and industries."

She said work was also being done to ensure Australia had access to all of the necessary tools to control the spread of a disease.

And one of those projects was the FMD Ready Project, where they have developed a national foot and mouth disease vaccine bank.

"We are working in South East Asia to better understand FMD in that region," she said.

"That way we can ensure our vaccine bank will protect against the different FMD viruses that are circulating in those regions."

They were also modeling outbreaks, to predict what would happen if one occurred.

"Because we haven't had any outbreaks for such a long time, we need to try and predict if we did have an outbreak, how likely is it that it would spread to the rest of the country and to other susceptible species," she said.

"Then we can work out how to control the disease and if we should use vaccines; these scenarios help us plan for the future."

Plenty of research is also being conducted into diagnostics.

"For example, with COVID-19, because we didn't have the diagnostics, it was really hard at the start to determine who was infected and who wasn't," she said.

"That's something we're working on with known animal diseases to make sure these tests are accurate.

"If Australia was to have an outbreak, all of our live exports would stop immediately, even boats on the way to China with our wool would be turned back.

"It's got enormous implications so we need to ensure our tests are as close to 100 per cent accurate as possible."