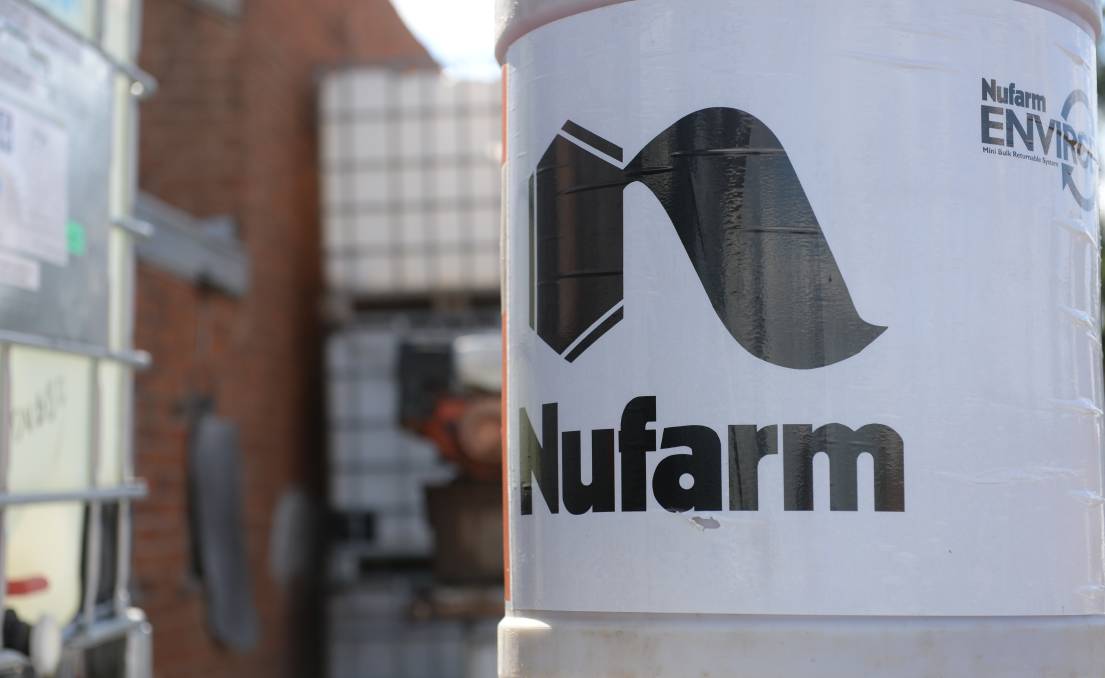 Despite a 6.5 per cent revenue lift, thanks partly to improved seasonal conditions in Australia, Nufarm's performance has been disappointing.

Crop chemical and seed producer Nufarm is banking on better weather and cheaper production costs in Europe to help it recover from a $456 million full year loss in 2019-20.

A year ago the Australian company posted a $38m profit.

Despite a 6.5 per cent revenue lift, thanks partly to much-improved seasonal conditions in Australia, Indonesia and North America later in the financial year, plus the $1.2 billion sale of its South American business to cut debt, earnings before interest tax depreciation and amortisation sank to $236m - down from $300m in 2018-19.

Northern hemisphere setbacks included the impact of coronavirus pandemic disruption on sales, particularly in the horticulture sector, "very poor" seasonal conditions in northern and eastern Europe, a congested inventory supply line in some regions and a spike in raw materials costs.

"Our earnings performance in 2020 was disappointing. It has been an extraordinary year," said Nufarm managing director Greg Hunt.

"The agricultural markets in which we operate across the globe have endured mixed seasonal conditions, industry-related supply issues and, of course, the tragedy and disruption of COVID-19.

"While good momentum was generated in most regions in the second half, weaker earnings from the North American business in the first half and the decline in European and seed technology earnings resulted in our underlying EBITDA from continuing operations declining 21pc."

The company's results featured a $188m writedown in the value of its European assets, while other material items included $50.5m in restructuring costs in Australia and Europe.

It also paid almost $10m in legal fees incurred successfully defending a US legal action to enforce Nufarm's rights in relation to its omega-3 canola patent.

After a decade of development and "significant investment", the Nuseed business has just secured its first commercial sales and forward orders of omega-3 Aquaterra to a major global salmon producer.

"We have refocused our portfolio, strengthened our balance sheet and progressed key priorities to drive better performance from our continuing businesses," he said.

The sale of the South American business in April delivered "up-front value" for shareholders and refocused the portfolio on business areas and regions with higher margins and stronger cash flow.

With an earnings rebound in Australia, New Zealand, Asia and North America, the company's primary focus was on driving an improved result from European operations where high raw material and manufacturing costs had collided with greater competition in recent years.

"We have a comprehensive program underway in Europe to grow revenues, reduce costs and lift margins.

"We expect this program, combined with an anticipated easing in raw material costs and improved weather would be the major drivers of improved profitability in the European business."

In Australia and NZ, which will next month merge into Nufarm's Asian region to improve supply chain, manufacturing and market development efficiencies, revenue lifted 24pc on the back of higher volumes and performance improvement gains worth $10m.

Drought breaking east coast rain since February stimulated demand and strong revenue growth, with early indications suggesting the 2021 summer crop would be much improved, too.

"The 2020 (North American) crop has been harvested and plans to double oil production in 2021 are on track.

Negotiations with more customers for Aquaterra were progressing and management believed the product was set to deliver significant value in coming years.