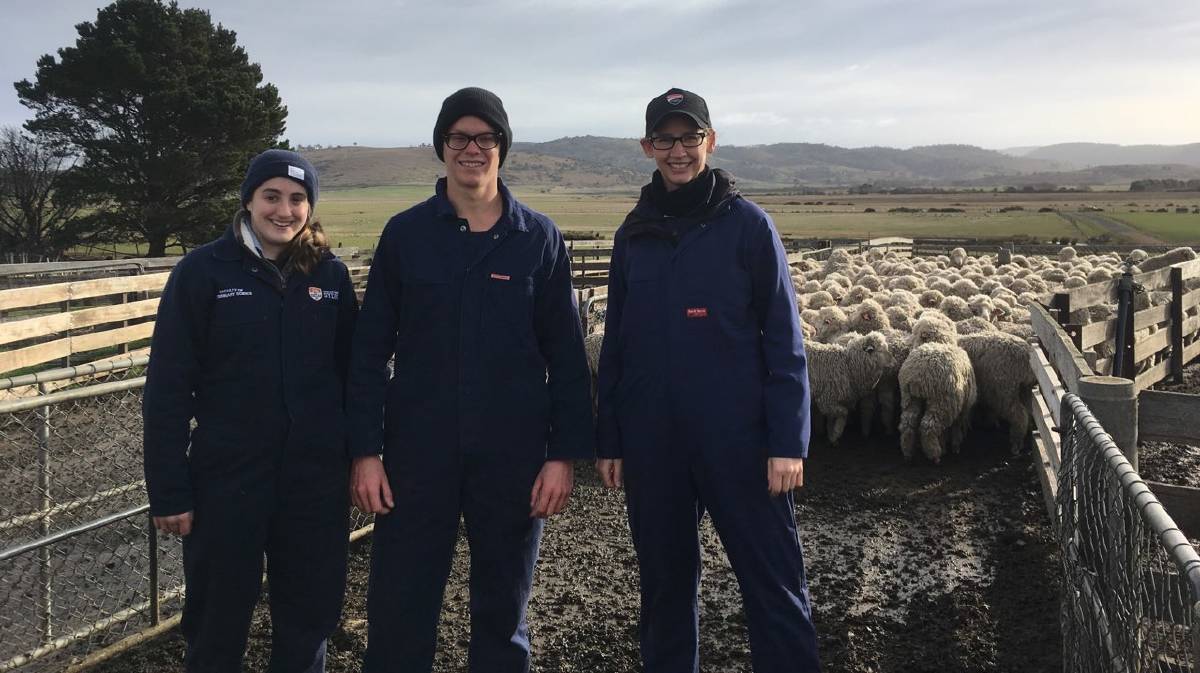 Field work being undertaken on sheep at Camden, NSW, by University of Sydney students.

An investigation into footrot vaccinations has provided valuable insights into best management practices.

An investigation into footrot vaccinations has provided valuable insights into best management practices.

The research - conducted by the University of Sydney and biotechnology company Treidlia Biovet and funded by Australian Wool Innovation (AWI) - is anticipated to help wool growers whose flocks are affected by footrot prevent productivity and profitability losses, as well as improve animal welfare.

AWI general manager of research Dr Jane Littlejohn said footrot could be treated, controlled and eliminated with vaccines, but choosing a vaccination program could be challenging because there were 10 strains of the footrot bacterium Dichelobacter nodosus and immunity was specific to those 10 strains.

Dr Littlejohn said there was little or no cross-protection between strains and and several strains - up to seven - may be present in a flock.

"In large flocks infected with several strains of the footrot bacterium, targeted vaccination for eradication can be expensive due to the requirement for extensive diagnostic testing (producers need to know which strains are present in their flock), the cost of multiple vaccines and the long vaccination program," she said.

"AWI has therefore funded a study to define best practice for vaccination against sheep footrot in different flocks with different strains of footrot."

The study included a small-scale trial at the University of Sydney and a field trial in four commercial Merino flocks in Tasmania.

These vaccines were tested alongside a control group of sheep that received no vaccine but were regularly footbathed.

Vaccines were given to different flocks at different time intervals to enable the researchers to assess the length of time vaccines would provide the sheep with immunity to footrot.

"While the idea of a vaccine that provides protection against multiple strains of footrot has obvious appeal for Australian sheep producers, this research confirmed our expectation that the experimental multivalent vaccine tested had less long-term efficacy than bivalent vaccines," Dr Littlejohn said.

"However, the point of the research was to see if there was sufficient efficacy to use the experimental multivalent vaccine as a management tool.

"It showed that in some situations, the multivalent vaccine could help reduce the impact of an outbreak of footrot on a property in the short term.

Dr Littlejohn said some aspects of the current research were hampered by the widespread drought during the trial, which reduced the overall prevalence of footrot.

She said future research that enabled the vaccines' efficacy to be tested in conditions more favourable to footrot may be considered.