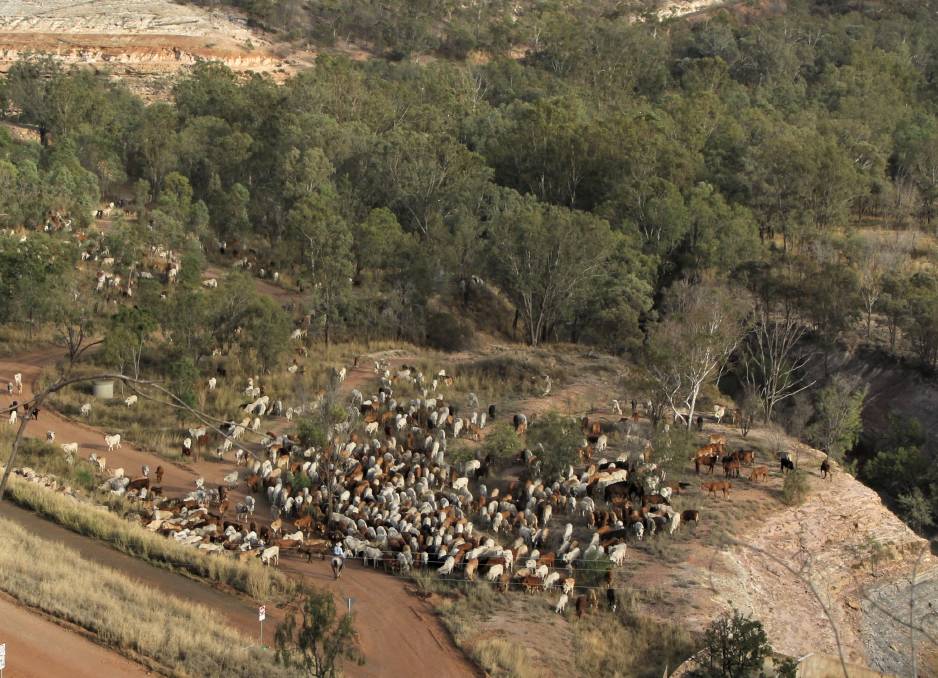 MAKING THE MOST OF LA NINA: Restocking enthusiasm will need to be tempered with consideration of the value of rebuilding land condition, pasture experts say. PHOTO: Sally Gall

Grazing in wet times is when most damage occurs: pasture experts

HOW graziers manage their country if La Nina rains eventuate will set up their beef production capabilities for the next few years, pasture experts say.

The rebuild of pastoral country needs to happen before the herd rebuild and land condition can only be rebuilt in good seasons, they say.

Any rush to restock has to be tempered with consideration of the long-term gains to be had from pasture recovery and resowing.

Independent rural extension specialist Jill Alexander, Applied Ag, said it was somewhat of a blessing in disguise that stock numbers were currently so low in Queensland.

"It's almost a forced spelling opportunity, but the benefits of that aren't achieved unless you get rain," she said.

Grazing in wet times is when the most damage to pastures can occur, she explained.

"In particular, there is risk at this time of year when new growth is coming through," Ms Alexander said.

"Early in the growing season perennial grass plants depend on mobilising stored nutrients from the roots and crowns to grow new leaves. If you have mouths taking off new leaf at a rate that photosynthesis can't keep up with, the plants keep drawing on the stored nutrients and you end up with plants with weak, diminished root systems and ultimately much less leaf grown over the summer growing season.

"If you can hold off grazing in those first six to eight weeks after rain, the pastures reach a stage known as phase two growth, where there is enough bulk and new green leaf so the cattle are putting on weight but the pasture is far more secure."

In a nutshell, holding off on restocking with fervour until there is bulk green feed will place producers months ahead in terms of getting back to average carrying capacity.

"Producers can still graze - but do it very lightly. Grazing needs to align with the low feed on hand," Ms Alexander said.

Consultants said there were some regions where good rain fell at the start of this year and so some graziers were on their second year of land rebuilding.

They said assuming it does rain - keeping in mind a lot of areas still haven't had any yet - generally at least two good rainfall seasons were required to set seed, germinate that and rebuild pastures.

"The issue is our good seasons are good and far and few between," Ms Alexander said.

Bush Agribusiness' Ian McLean agreed with the 'don't count on it' sentiment.

"Decisions made around actual dry matter available in the paddock will be the least risky, before and after any rain," he said.

"The drought recovery juggle - stock numbers, cashflow and land condition - will be a challenge unique to each business but efforts taken to improve land condition will pay dividends in future years. Wet years present an opportunity for improving land condition."

Maintain ground cover at all times, so that no matter how the season plays out there is feed available, he said.

"Conservative grazing land management strategies give us plenty of options during the dry season so we're not forced to sell, allowing us to be price makers rather than price takers," he said.

Indeed, how producers manage wet seasons sets the scene for how the dry season plays out, Ms Alexander said.

Mr Burnett, who manages the 33,000 hectare Lara Downs north of Julia Creek, also listed maximising breeder efficiency - which he said comes down to nutrition and genetics - and diversifying markets as good ways to build resilience.

"We supply a lot of different markets," he said.

"Sixty per cent of what we produce is more a Brahman type for live-ex, then we supply feedlots with crossbred-type cattle, we sell heifers in calf or cows and calves and we finish a quarter of our steers to a good grassfed meat product."