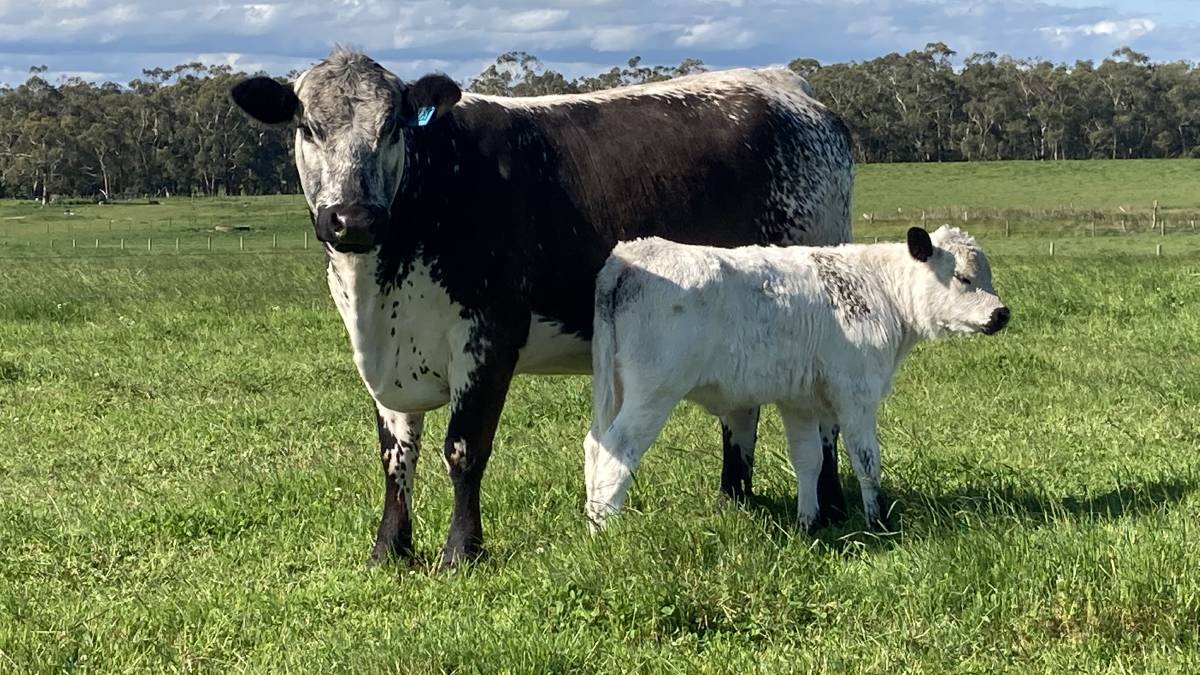 There is a net cash benefit of buying in heifers now, rather than breeding up over four years.

WITH the cost of replacement females showing no signs of easing, the question of whether buying in or a slow rebuild is the better strategy continues to plague cattle producers.

While there are factors to weigh up outside of net cash benefit, such as the longer term benefits of resting country post-drought and the need for immediate funds, crunching the numbers is still pointing to an advantage of buying in even at the current eye-popping price tags heifers are commanding.

On AuctionsPlus last week, pregnancy-tested-in-calf cows and heifers jumped $289 and $291 a head respectively, with the heifers topping at $3410 and averaging $2348. Cow and calf units topped at $4440 a head.

Agents say the market is currently around $3300 for joined cows and calves, so experienced farm business consultant John Francis, Agrista at Wagga Wagga, ran financial analysis on that price under a buy-in and a slow rebuild scenario.

His work shows a clear cash advantage to buying breeders in, until the price of a pregnancy-tested-in-calf female plus weaner unit hits $4000.

The analysis is based on sales pricing of $4 a kilogram liveweight for feeders; $3.70 for heifers and $2.50 for cows and has been run over a four-year period on a feeder operation sitting at 60 per cent of its pre-drought livestock numbers.

Four years is what modelling is showing would be the typical time to rebuild under average to above-average seasons by retaining females that would normally be culled or sold.

The big caveat is if sales prices fall below pre-drought levels, buying in heifers at the current market rates won't pay off.

But analysts are saying the Australian cattle market has hit a 'new normal' and $4/kg feeders are here to stay, at least for the next four years.

It allowed for enterprise costs at $10 per DSE, which in total equates to $140 per cow and follower, and factored in finance costs at 4.5pc interest.

Additional overhead costs were assumed not to be incurred on livestock purchases because overheads don't vary based on numbers like enterprise costs do.

This was part of the reason that getting back up to pre-drought levels as quickly as possible adds value to a farm business, Mr Francis said.

Under a buy-in scenario, which is all about getting to optimum stocking rates as quick as possible, a purchase of 320 PTIC cows plus weaners would need to be made now. The buy-in cost of $3,300 a unit equates to $165 per DSE.

The cumulative cash flow analysis shows that at the end of year four the buy-in strategy generates $4.8m in sales, compared to the breeding up strategy's $3.3m.

Livestock purchases are $1.05m, for buy-in, against zero for building up.

Should livestock prices revert, such that feeder steers are back to $3.20/kg, the sales for both are far lower but operating costs don't change. Interest costs become higher in the buy-in scenario because it's going to take longer to repay the debt.

That would result in a very small net cash benefit to breeding up of $1500 versus buying in.

The benefit of buying in was highly sensitive to sale price, Mr Francis said.

"Once prices hit $4000 for PTIC cows plus followers there is no difference between buying in and breeding up assuming feeder sell prices are $4/kg" he said.

Key to deciding on the right strategy was taking a position, or a view, on what that sale price was likely to do, Mr Francis said

"That is always really important when talking about recovery," he said.

"The other thing is to look at a number of options. You are far better informed to make a decision when you are aware of all options."