A quick check around the traps at what some of the people and players are up to in agribusiness.

Country airline service Regional Express has begun taking bookings for the first of its new capital city flights next March, offering 1000 seats on the Sydney-Melbourne route for a bargain $79 each.

Rex is offering "all the usual perks" of a full service carrier, including eight business class seats, with free on-board Wi-Fi and airport lounge access.

Economy passengers will also access these options "for a small fee".

All fares include a checked baggage allowance, food, pre-assigned seating and online check-in.

"In short, we will be offering premium full service with our trademark country hospitality, but at fares pegged at the budget carrier level," said deputy chairman, John Sharp. However TLG's equine and live cattle export services will remain separately held by the current owners, although its owners, Shane and Erin Ashworth and Steve and Michelle Williams, will also move with the business when it merges.

Genetics Australia will take over TLG's trading name in January, transferring its own bull management, semen management and semen collection and production services to TLG's site in Camperdown as part of plans to sell its 60-year-old, land locked, Bacchus Marsh bull farm.

TLG's portfolio of genetic products will stay within the Total Livestock Genetics Victoria entity as a separate channel of products to those offered by Genetics Australia.

Genetics Australia's newly beefed up business will include will employing existing TLG staff, but the structural changes mean redundancies will also be made within the co-operative workforce.

Chief executive officer Anthony Shelly said the purchase was a good strategic fit and would provide a platform for sustainability and growth.

"It is one of our key strategies, providing capabilities to continue with Australian breeding and semen production while adding products and revenue opportunities and boosting our service capability," he said. Bega Cheese has launched the second stage of its $401 million capital raising to partly fund its $534m takeover of national milk processor, Lion Dairy and Drinks, having raised $284m this week from institutional investors.

The offer to retail shareholders to buy one new share for every 4.5 they already own closes on December 14.

Executive chairman Barry Irvin said the institutional investor entitlement offer and placement received a 96 per cent take up, with a total 62m shares being released at $4.60 each.

The offer price to both retail and institutional investors represents a 9.1 per cent discount to Bega Cheese' share price prior to the takeover being revealed last week.

"We are delighted with the support we received for this company transforming acquisition," he said.

"We've always enjoyed strong support from our shareholders and once again they embraced our vision of creating the great Australian food company."

Ellerston has bought about 7.2 per cent of the company, which until July was known as Longtable Group.

Mrs Beer (pictured), the South Australian television chef, author and farm restaurant operator, is a director of the business which adopted her name in July. 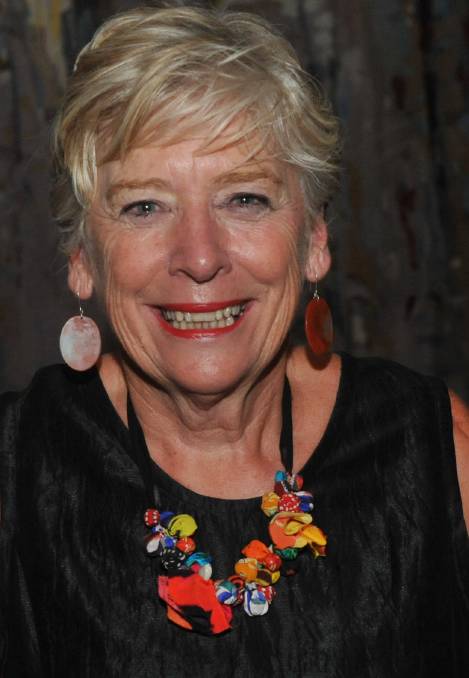 It reported strong sales activity during the coronavirus pandemic as home cooking has gained popularity.

Her online cooking series, Cooking with Maggie, filmed in her farm kitchen in the Barossa Valley, has been popular with housebound viewers keen to follow her tips for simple food preparation.

Sales of Maggie Beer products such as cooking stock, sauces, cheese and pate jumped 24pc in the first three months of the financial year, during which time the company also launched a range of pre-pepared vegetarian meals in Coles supermarkets.

The federal government has reappointed the Inspector-General of Live Animal Exports for a four-year term.

Ross Carter took on the job a year ago, with his primary role to independently audit and review functions of the live animal exports trade.

Agriculture Minister David Littleproud said Mr Carter was the ideal person for the job, given his considerable experience in regulatory practice and appropriate qualifications in science and environmental management.

"The independent role provides confidence for farmers, industry and the community in the regulation of livestock exports," he said.

Mr Simonet will move to head up the Australian Trade and Investment Commission in the first half of 2021 after more than five years in his current job.

His notice period could extend for six months, but an earlier option to leave may be approved by the company's board. Woolworths has appointed lawyer Helen McKenzie as its Code Arbiter, a newly created role under the recently strengthened Food and Grocery Code of Conduct

The code of conduct governs Woolworths supermarkets' dealings with its 5400 food and grocery suppliers.

Ms McKenzie is responsible for dealing with complaints from suppliers about Woolworths' compliance with the code with which the retailer has been a voluntary signatory since 2015.

She has authority to settle disputes relating to Woolworths' obligations, develop and follow a new complaints handling procedure, and prepare annual reports for the Australian Competition and Consumer Commission.

Woolworths chief executive officer Brad Banducci said the code's enhanced dispute resolution mechanisms were among the strongest in the retail industry anywhere in the world, "providing assurances suppliers can speak up safely and have commercial grievances resolved as objectively and expeditiously as possible".

"As founding signatories, we've been strong advocates of the Food and Grocery Code of Conduct for many years."

The federal government will separately appoint an independent reviewer to monitor the processes of all grocery code arbiters appointed by participating retailers.