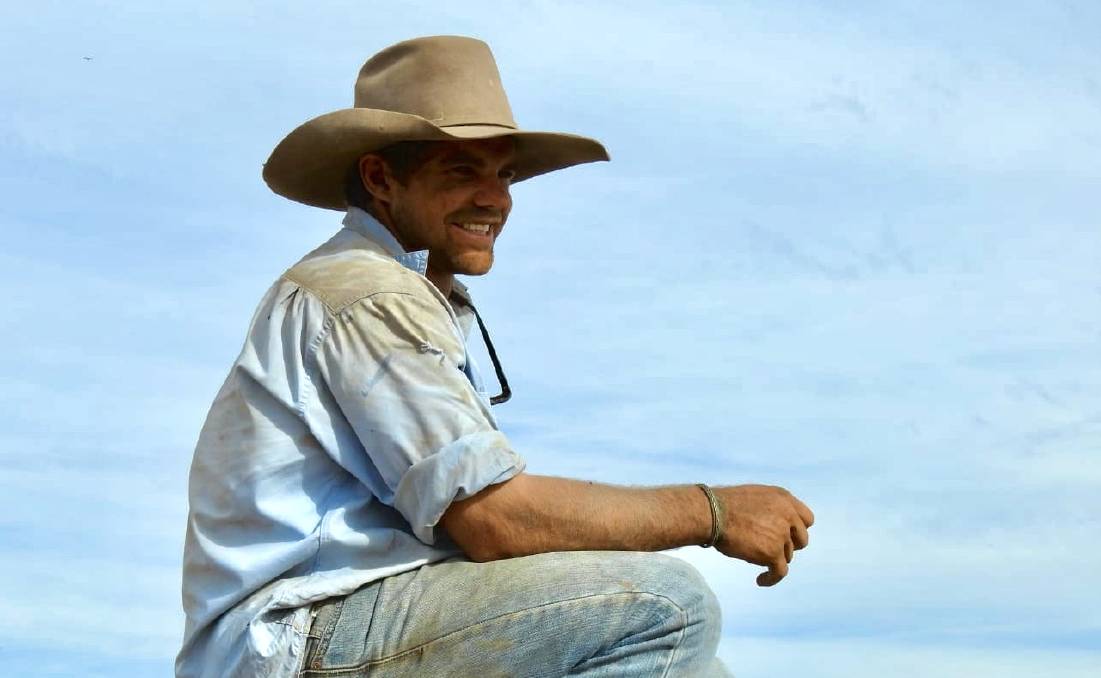 ON THE JOB: Beetaloo Station's head stockman Hugh Dawson. What he does for a living is testament to the opportunities and diversity agriculture has to offer career-wise.

Hugh Dawson's job description is unlike any others.

He's a cattleman, a helicopter pilot and a maintenance man. At times he does the work of a mechanic, boilermaker, a plumber, an electrician, as well as being a human resources advisor.

He has to know about genetics, breeding, animal husbandry and animal behaviour. He could also be called an advocate, an industry leader, even a diplomat.

Such is life when one has chosen agriculture for a career.

If there is one misperception Mr Dawson is most intent on changing in today's world - and given he is passionate about the livestock export industry there are plenty he is working on - it's that careers in agriculture don't stack up against the likes of commerce, engineering, law or science.

For young, ambitious, career-minded people, nothing stacks up better, he believes.

He is a 2021 finalist in the Zanda McDonald award, Australasia's agricultural badge of honour, and is at the forefront of numerous industry initiatives, including the Young Livestock Exporters Network.

Beetaloo, on the western edge of the Barkly Tableland half way between Darwin and Alice Springs, was only ever supposed to be a gap year job.

But Beetaloo, and the beef industry in general, has a way of hooking people.

The Brett Blundy-Armstrong family owned station covers a touch over a million hectares, running 80,000 head of predominantly Brahman cattle, half of which are breeding stock.

The bulk of cattle turned off go to the live export market, mainly Indonesia and Vietnam.

Senepol content was introduced in 2012 after the live-ex ban unleashed devastation, with the view to supplying the domestic market.

As it turned out, the cross had a place in the live-ex market, where a niche was found in Indonesian supermarkets.

That particular element to Beetaloo's business has provided great confidence, this year in particular with coronavirus wet market changes, that there will be a cattle trading relationship for many years between Indonesia and Australia.

"Having that cross in our herd certainly puts us in a good spot going forward," Mr Dawson said. 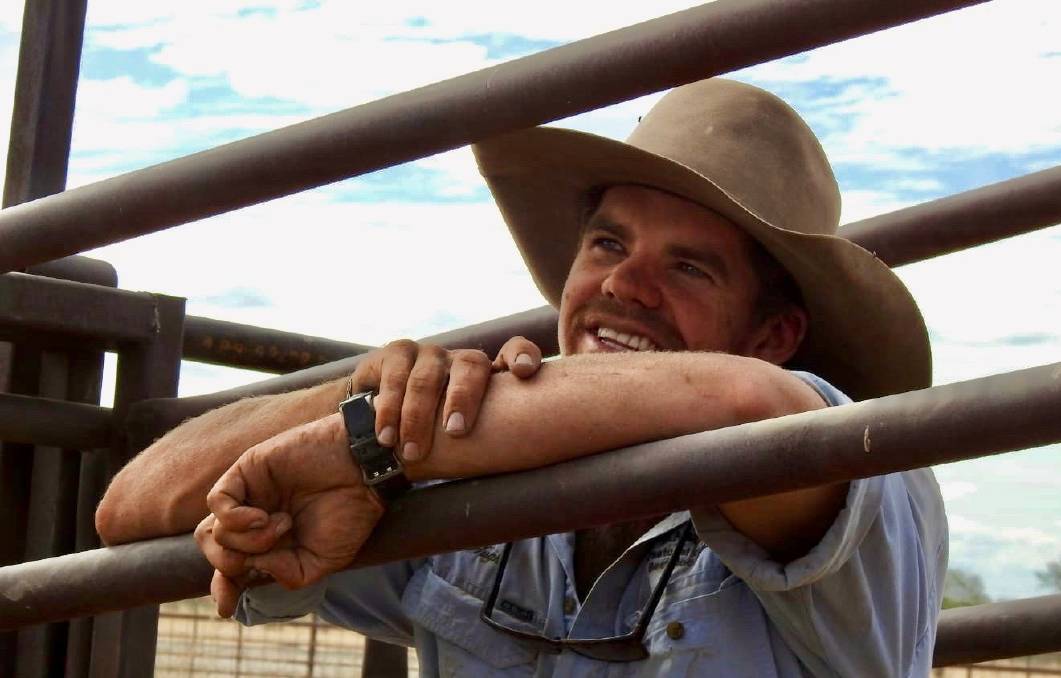 This year, Beetaloo also sold cows into the domestic market due to heightened demand but primarily it always has been, and will remain, a live-ex supplier.

That is one of the key reasons Mr Dawson is so passionate about sharing how the live-ex business is changing the way animals are treated globally.

"My first exposure to live-ex was in 2011 when that terrible footage came out," he said.

"Like everyone I was horrified, but I grew up on a little property near Adelaide and had been involved with animals so it didn't make sense to me these things were happening.

"When I rocked up on Beetaloo, a station selling 8000 head to live-ex in 2016, I realised the picture in people's minds wasn't the real story."

Animal handling schools were front and centre of what was being done there. High animal welfare standards was entrenched and so much work was being done in learning animal behaviour to improve productivity.

"It was so far from this 'nasty industry' people were talking about," Mr Dawson said.

Public perception is the glaringly obvious challenge the live-ex trade faces, according to Mr Dawson.

"It feels like people are out to get us but we need to move beyond that," he said.

"It's important for us to be on the front foot, to be transparent. We are now sharing footage, from on-farm practices through to shipping through to in-market. No one has seen this type of thing before.

"As we show the positive changes we are making, it is generating wider support for what we do."

Australia is one of more than a hundred countries that exports live animals but the only one investing in target markets to improve animal welfare.

"As a nation we should take pride in that," Mr Dawson said.

Putting 'faces to the work' is key, he believes.

"The people and the passion behind this industry is our advantage. We don't have the same big bank accounts as some of the more outspoken animal activist groups, so we have to keep chipping away with our message, and tell it through the voices of real people," he said.

The success of the industry with countries like Indonesia has hinged on the personal relationships forged with trade partners, Mr Dawson said.

Going forward, maintaining that will be critical.

"Taking the time to understand and appreciate cultural differences, to work together for mutual benefit and preserve the relationships we've built will be so important," he said.

As his work with Beetaloo progressed, Mr Dawson said he started to find enormous opportunities in agriculture, especially in northern Australia, that he simply was not aware of.

"What was going to be a gap year has become a career," he said.

"But I believe there are so many young people who could miss this chance because ag simply doesn't sell itself as a career path well enough." 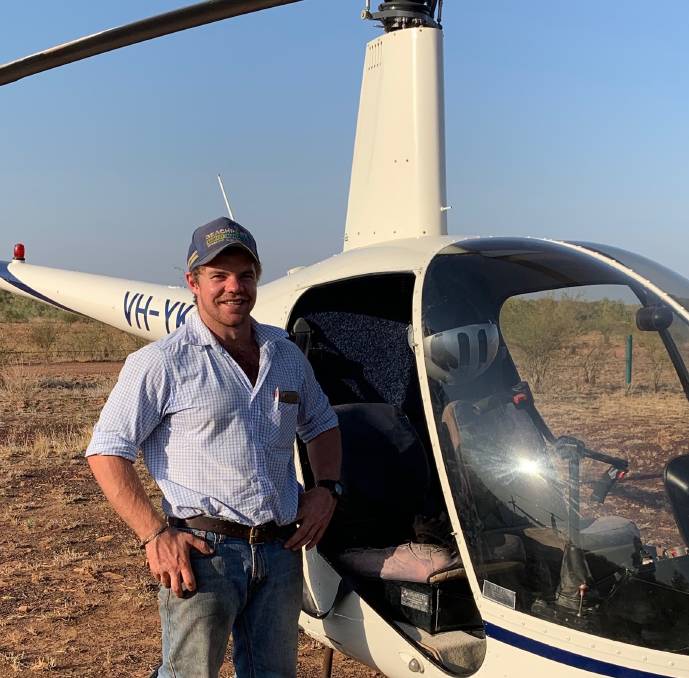 Hugh Dawson on Beetaloo Station in the Northern Territory.

To that end, Mr Dawson is now working on getting the message to school leavers about what can be achieved in agricultural industries, to attract more young people to the sector.

He tells the story of his day-to-day life: In mustering season from April to September, being camped out for weeks, drafting, branding weaners, mustering with a helicopter, water maintenance, putting bores down.

Beetaloo has a 135,000 litre water tank with up to four troughs every four kilometres, supplied by bores.

It means country that would not otherwise be grazed by livestock can be utilised, and other land types can be spelled accordingly with the time of the season and pasture condition - a concept testament to the late John Dunnicliff.

"The last three years have been challenging and we're now very hopeful La Nina will deliver, which will allow us to spell country and secure the quality of feed for the longer term," Mr Dawson said.

In the wet season, the maintenance continues but it's this time that Mr Dawson puts hours into his industry advocacy work.

"You can call yourself a ringer but you have 20 other jobs at the same time. And they're not just on the station. But that's what is really cool about it."