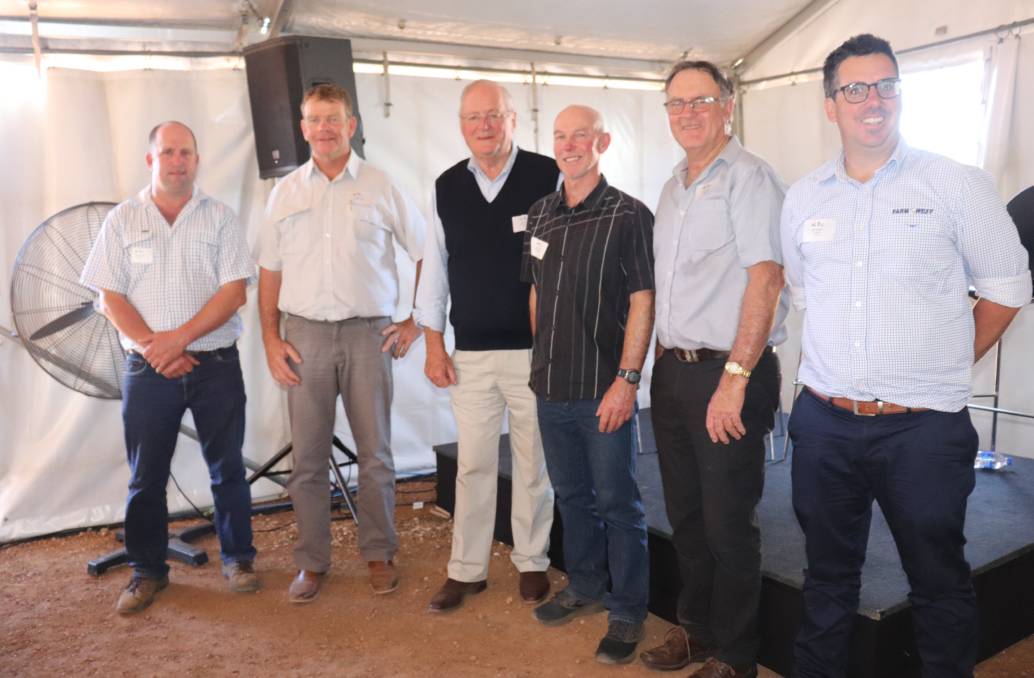 DFM data showed that during the 2019-20 season, average performing WA dairy farmers probably spent an extra $184 per cow on feeding herds for 660 litres less milk production per cow than the top 25 per cent of the state's dairy farmers.

"The top 25pc sacrifice less of their spring pastures for fodder, preferring to direct graze rather than to lock it up to feed it back out later," farm performance consultant Kirk Reynolds told dairy farmers and industry people at the recent Western Dairy field day at White Rocks Farm, Benger.

"Effectively, they feed their cows a higher proportion of a lower cost feed," Mr Reynolds said of the top 25pc of dairy farmers as he explained the latest DFM data.

The figures he presented showed grazed feed - the cheapest form of feed - comprised 39pc of the milking herd diet on the top 25pc of WA dairy farms, compared to 29pc on the average dairy farm.

The top 25pc grew 57pc of their own feed, while average farmers fed their cows 67pc home-grown feed.

The data showed that all WA dairy farmers fed their herds similar amounts of purchased dry matter concentrates - 38pc for the top 25 and 39pc on average, with the average cow eating 2.6 tonnes of it over the season.

But the top 25pc paid an average of $57 a tonne less for dry matter concentrates than average farmers.

According to the DFM data, for each full-time equivalent (FTE) worker they employed across the last season, the top 25pc of WA dairy farmers produced 54,688kgMS compared to 43,005kgMS for average farmers.

"A lot of farmers rely on home-grown feed because they are in control of their cost structures, but when the top 25pc import feed it is very sound decision making.

"They are sourcing different feeds and byproducts, but if the price is too expensive they are not locked in to one source or one feed type."

Last season, WA's 135 dairy farms produced 364 million litres of milk, down 2.7pc on the previous season, compared to a decrease of only 0.2pc to 8.8 billion litres in national production, Mr Reynolds said.

The average WA dairy farm was "quite large", milking 481 cows, producing 561kgMS or 7884 litres per cow and employing six FTE workers, he said.

As well as being physically large, Mr Reynolds said the average dairy farm was also big business with $10.5m in assets managed and with the average farmer holding 69pc equity in their business.

He said with the average milk price rising one cent per litre last season to 52.3c/l, average gross farm income increased to $2,426,251, while the average cost of production eased about 0.8c/l to 52c/l for an average earnings before interest and tax of a "healthy" $909 per cow.

Mr Reynolds said while the amount of feed "imported" onto the average dairy farm last season eased 1pc to 39pc of total feed, the more important cost reduction came from dry matter concentrates, dropping from $540t to $507t in price.

"Feed costs (34pc purchased feed and 18pc homegrown on average) and labour costs (14pc employed and 9pc imputed) are the big ones, put them together and you have 75pc of total farm costs," he said.

"You really only have to focus on those two things."

Last season's DFM data showed average farm variable costs came down $6 a cow to $2176, due mainly to the fall in dry matter concentrates price, but this was still $352 more per cow than in the 2016-17 season which was the best in recent years.

Mr Reynolds said an easing of some costs and increased income from higher prices for milk and high beef and export heifer prices saw the average dairy farm return on assets and return on equity climb to 3.9pc and 8.1pc respectively.

He said last season could be described as "something of a turnaround" from 2018-19.

"But while it was a turnaround, it was still the second poorest year in the past seven years," Mr Reynolds said.

"It's still a tough environment and the season obviously has been a cause of that, as well as feed prices certainly, so you need to be mindful in your decision making on how you run and how some of those external factors can affect your business, both physically and financially."

This year, its seventh year in WA, the DFM project collected data from 25 dairy farms from Waroona to Denmark - 12 irrigated and 13 dryland farms milking between 150 and 450 cows to produce 83m litres or 23pc of the State's milk volume.

Host of the field day, White Rocks Farm, has been one of the participant farms for several years.

Michael Partridge said the key to the operation was to "keep it as simple as possible".

From an original 178ha selection by John Partridge in 1887, White Rocks has grown in the past 20 years to 1236ha -926ha arable and 219ha irrigated on the Wellington Dam system.

It runs 900 Friesian cows with calving all year.

White Rocks is consistently below the DFM State average for cost of production and consistently among the top performing 25pc of WA dairy farms, field day visitors were told.

It employs eight workers - three have been there 10 years or more - and each worker lives in a house on the farm - there are 10 houses.