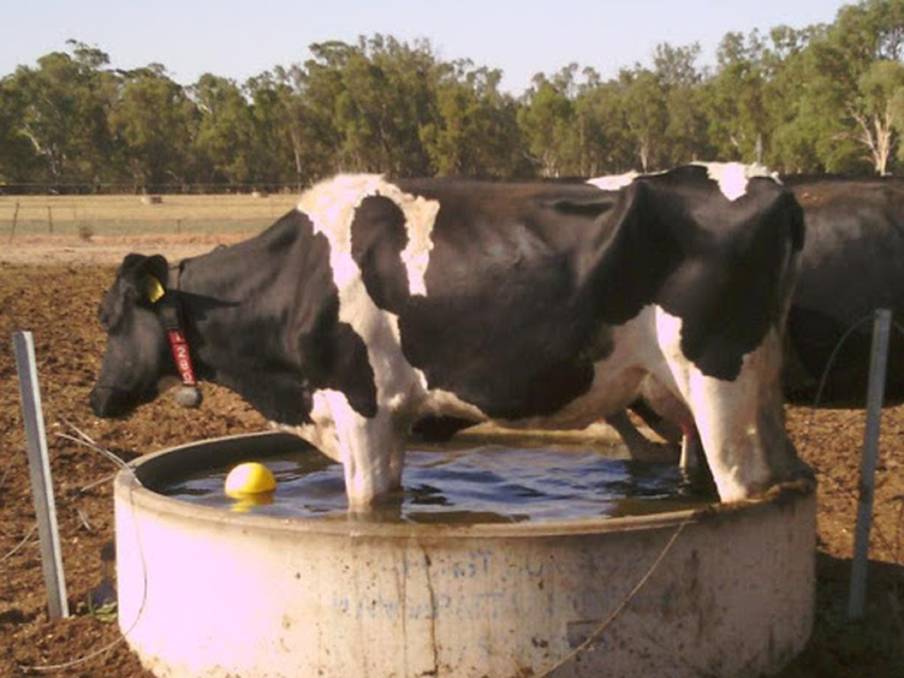 A cow finds relief from the heat by jumping in a water trough at the University of Melbourne's Dookie, Victoria farm.

Researchers investigate the effect of summer heat on a lactating herd of 120 Holstein Friesian cows at Dookie, Victoria.

The impact of heat stress on dairy cows grazing summer pastures has been investigated by researchers, revealing high temperatures and humidity leads to a significant drop in milk production.

Led by the University of Melbourne and in collaboration with University of Ghana, researchers at the Faculty of Veterinary and Agricultural Sciences investigated the effect of summer heat on a lactating herd of 120 Holstein Friesian cows at the university's robotic milking farm in Dookie, north-east Victoria.

They found that heat stress could be reduced through the provision of shade and more water troughs.

A number of tests were undertaken to monitor the cows during the summer period between December 2018 and February 2019.

The University of Melbourne lead researcher Dr Surinder Chauhan and his team measured the effect of high temperature and humidity on the cows' respiratory rate, panting scores and body temperature.

"We were there on all the days that were above 28 degrees, examining the behaviour of the animals to see how the cows were responding to environmental heat," Dr Chauhan said.

"One of the things we noticed was on the days when the ambient temperature was above 32 degrees, 95 per cent of the cows were seeking shade.

"Then we found that 60pc of the cows were actually standing near the water troughs trying to jump in or waiting for the opportunity to drink." 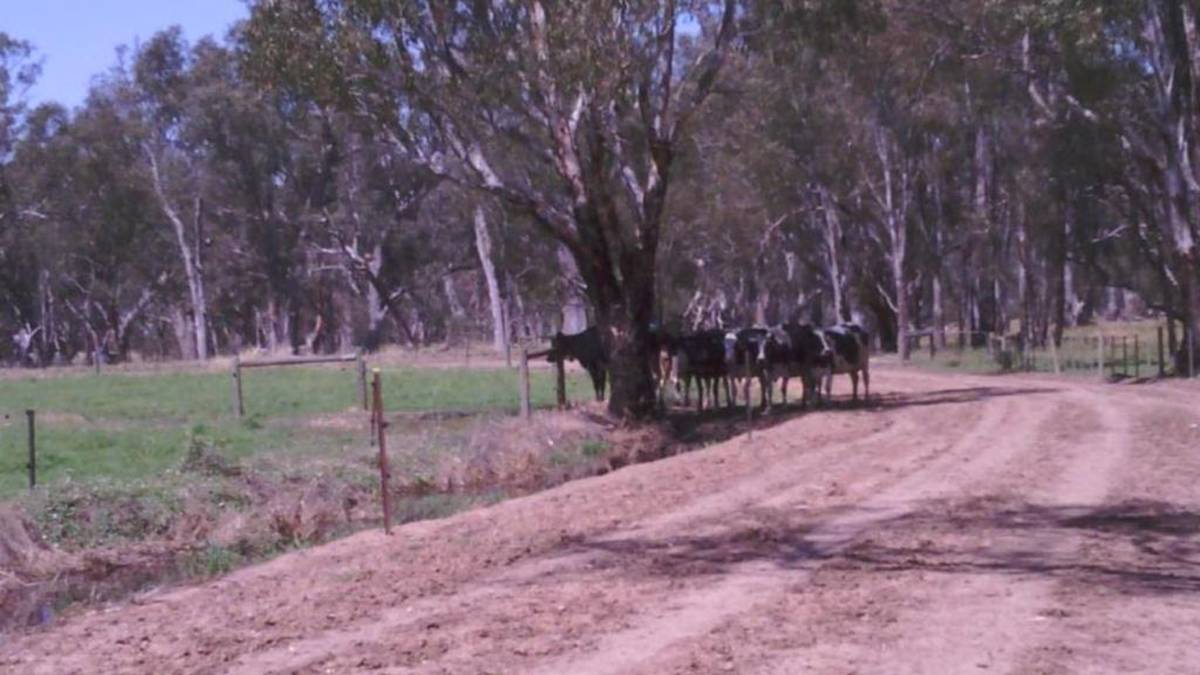 The results showed that very hot and humid conditions led to a significant drop in milk production as most cows stopped grazing, sought shade, panted and spent more time at watering points.

"Along with high ambient temperature, humidity is very important too, if it is really humid it is very difficult for an animal to lose heat from the body," Dr Chauhan said.

"When it was an extremely hot day - about 37 degrees - the cows that were extremely stressed preferred to jump into the water trough," he said.

Heat stress not only includes heat from the environment but also the metabolic heat produced by the cow itself to support bodily functions.

High producing lactating dairy cattle tend to be more sensitive to heat stress because of their increased metabolic heat production, which is a result of their higher feeding requirements to support high milk yield.

"Our previous research has shown that continuous genetic selection of dairy cows for improved feed intake and higher milk yield may also affect the heat tolerance of cows with negative association between thermotolerance (the ability to tolerate heat) and production traits," Dr Chauhan said.

"When we talk about improving heat tolerance in animals, one of the ways to do that is in the selection of our animals.

"Traditionally, if you look at the last 20 years, animals have been selected for production and as a result, unintentionally, heat tolerance has not been the major focus when selecting animals.

"We need to do more research to find that balance where the animals are heat tolerant but are also optimum producers."

Dr Chauhan said that while the research indicates over summer months cows can experience severe heat stress, there are actions that farmers can take to improve livestock welfare such as the provision of shade to protect cows from solar radiation and water for the cows to cool down.

"What we have seen, because we had all the strategies that farmers can use, physical modification of the environment - providing shade for the cattle, fans and sprinklers to cool down - in spite of all those things, we cannot completely get rid of heat stress because the climate is getting very hot," Dr Chauhan said.

"So it is all about minimising that impact."