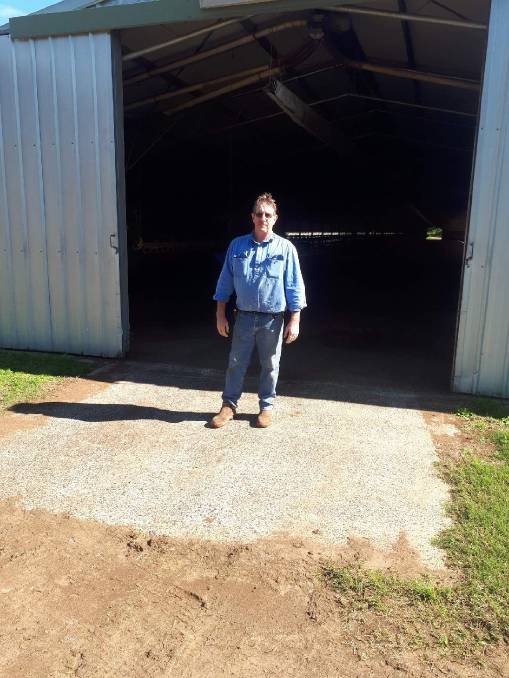 Chicken farmer John Courtney outside one of his sheds. Mr Courtney said his assets decreased by more than 75pc when his contract with his processor was not renewed earlier this year and he hopes the ACCC will dig deeper to investigate the chicken meat industry.

The Australian Competition and Consumer Commission's (ACCC) acknowledgement of alleged unfair contracts between chicken meat growers and processors has been welcomed by growers, who are hopeful the ACCC has only scratched the surface.

The report of the ACCC Perishable Agricultural Goods Inquiry was released earlier this month and saw the commission indicate it would further investigate the chicken meat sector.

In 2014, there were 265 contract poultry meat farmers in the state, but NSW Farmers now estimates there are less than 190 that remain.

The loss of around 75 growers is linked to the closure of six poultry meat processing plants in NSW in the past 10 years, with only three still operating.

"In the poultry meat industry, the loss of competition at the processing level in NSW has left farmers with little to no bargaining power, which can result in them accepting contracts with unfair terms," Mr Martin said.

Mr Martin said it was hoped that the ACCC's further investigation would highlight the need for a mandatory code for the whole poultry meat industry.

The Australian Chicken Growers' Council executive officer Michael Moore said they were also encouraged by the ACCC's interest in investigating the industry further.

"Australian growers recognise that processors may also experience difficulty in their negotiations with retailers, but we think that as a large industry supplying Australia's most popular meat, a fairer distribution of risk and reward along the whole chain is best for everyone," Mr Moore said.

Examples of allegations given in report

The ACCC gave examples of allegations it heard in the report, including a situation where in a particular geographic region, one chicken meat processor withdrew from the market, leaving only one processor.

"The remaining processor told its existing growers, mid-contract, that it wished to decrease the prices paid to them for the rest of the contract period," the report read.

"The growers were not obliged by their contract to accept any price decreases during their contract term, nor did the processor seek to unilaterally vary the existing contract.

"However, the discussions took place in the context of the growers knowing that there was now excess growing capacity in the region.

"The ACCC considers that exerting pressure on parties with inferior bargaining power to dissuade them from seeking their full benefit from a contract is harmful behaviour that ought to be prohibited."

Earlier this year, chicken farmers John and Jennifer Courtney, North Casino, were told their contract with their processor was not going to be renewed.

"Along with 13 other chicken farms in the region we found ourselves with zero income and a greater than 75pc reduction in our asset value," Mr Courtney said.

Mr Courtney, 66, has now had to leave his farm and get a job as a manager at another property. He said he hoped the ACCC dug deeper.

"The ACCC also forgot to mention that they approved the sale of Sunnybrand Chickens (at Byron Bay) to Ingham's which has had a huge impact on us," he said.

"At that time Sunnybrand was well paid for their assets yet the growers who collectively had a bigger investment in the industry have ended up with less than nothing."