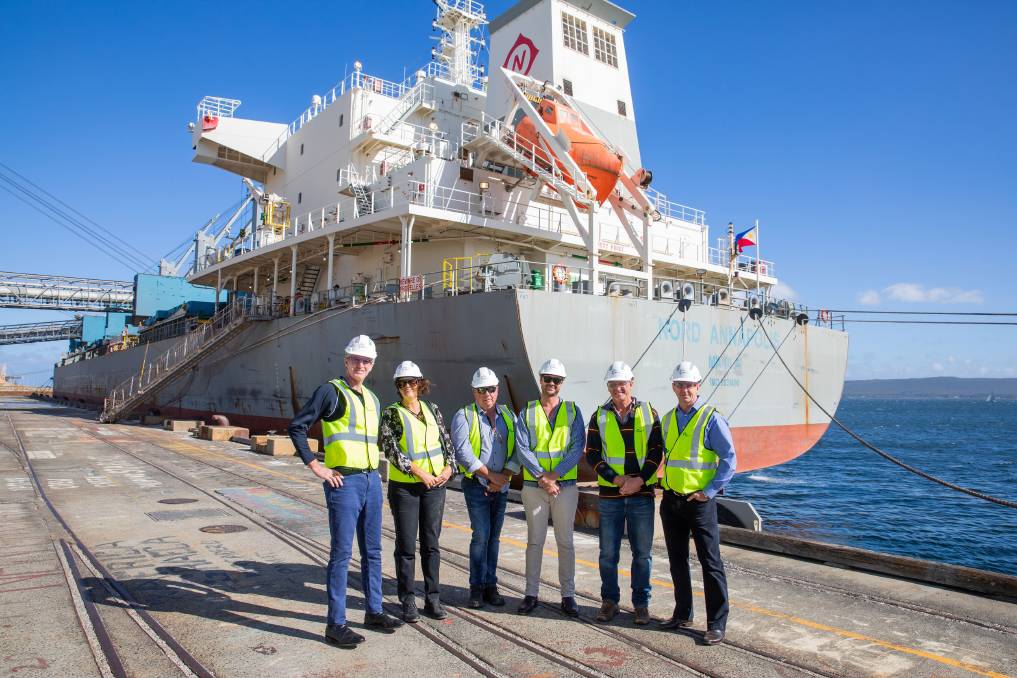 A shipment of WA barley is bound for Mexico

CBH Group has recorded a new milestone for the Marketing and Trading division after exporting its first ever shipment of malt barley to a new international destination.

On Sunday, 35,000 tonnes of malting barley, accredited through the International Sustainability and Carbon Certification (ISCC), was shipped from the Albany Grain Terminal to Mexico.

It's believed the export is the first ever malt barley shipment from Australia to Mexico.

"While it is early days, this shipment to Mexico signals a potential new market for malting barley however this will need to be developed over time."

In the meantime, Mr Craig said demand for Australian feed barley from Saudi Arabia was set to increase from almost nothing in the 2019-20 marketing year to more than two million tonnes this year.

"Saudi is reopening as an export destination for Australian feed barley, which has become very price competitive compared to barley from alternative origins, such as Russia and the Ukraine that has dominated exports to the country for the past few years," Mr Craig said.

Saudi Arabia is the second largest barley importer in the world, importing approximately 7mt each year.

Due to the relative value of feed barley compared to alternative feed grains, Australian feed barley exports to Thailand and Vietnam are forecast to double in 2020-21, up from about 700,000t and 190,000t respectively.

"Western Australian growers have delivered a remarkable 2020-21 crop, resulting in the production of more than 4mt of barley," Mr Craig said.

"As Australia's largest barley exporter, it is the priority for our Marketing and Trading team to find new markets for this grain by taking advantage of trade conditions, developing new customer relationships and exploring opportunities in new markets."