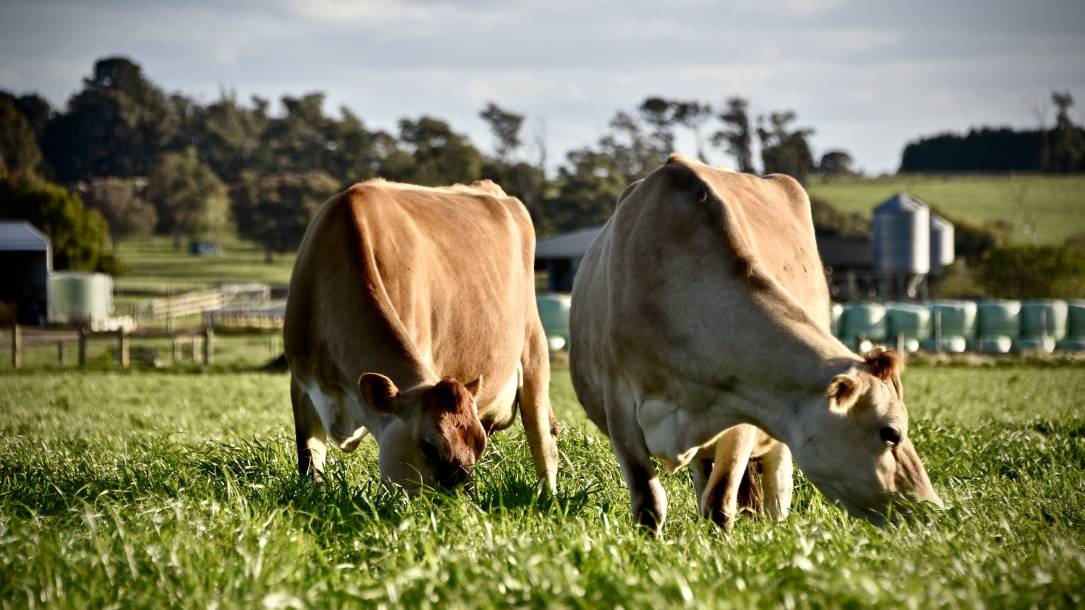 Their ability to cope with hot weather is improving the Jersey's status locally and around the world. Photo: Holley Anderson

Farmers say it and the statistics confirm it; when it comes to the most profitable cow that meets environmental and social requirements, the Jersey ticks all boxes.

Farmers say it and the statistics confirm it; when it comes to the most profitable cow that meets environmental and social requirements, the Jersey ticks all boxes.

The Jersey is a mid-size, heat-tolerant, feed-efficient, fertile cow who drives on-farm profitability and sustainability.

Jersey Australia general manager Glen Barrett says Jerseys have consumer power on their side, along with all-important profitability.

"Consumers want environmentally-safe food production and Jerseys deliver that, but they have to be profitable for farmers and they also deliver that," Mr Barrett said.

A scientific peer-reviewed life cycle assessment published in the Journal of Dairy Science in the US found that to produce the same amount of protein, milk fat and other solids, the Jersey population needs 32 per cent less water, 11pc less land, produces less waste, uses substantially less fossil fuels and had a 20pc reduction in total carbon footprint.

In terms of the amount of milk needed to produce 500,000 tonnes of cheese, the Jersey's reduction in carbon footprint is equal to taking 433,900 cars off the road annually.

Jerseys consume about 20 per cent less feed than Holsteins and have a 20pc better milk solids to liveweight ratio. Jersey Australia general manager Glen Barrett believes the Jersey cow is the best of all the major breeds.

"The Jersey cow is certainly the best cow of all the major breeds to meet social and environmental needs and she is a significantly more profitable cow," Mr Barrett said.

Over the past 15 years, Jerseys have increased from 11 to 15pc of the national herd and Mr Barrett predicts that growth will continue.

"Those who are milking the cows and paying the bills are telling us the Jerseys are more profitable and handle the heat far better than other breeds. When you talk to farmers who are milking mixed breed herds, Jersey nearly always comes out on top," he said.

Their ability to cope with hot weather is improving the Jersey's status locally and around the world. "Farmers are seeing their Jersey cows grazing when other breeds are seeking shade," Mr Barrett said. "We've noticed in China that demand for Jersey is increasing because heat is one of the issues."

Jersey Australia hopes to commission a study in 2021 to confirm Australian anecdotal evidence that Jerseys are the most profitable and environmentally-friendly cow.

"The dairy industry is going to be facing more issues in the area of sustainability and the Jersey cow is already here to deliver those efficiencies, it doesn't have to be created by scientists," Mr MacKenzie said.

Mr MacKenzie said more farmers were reviewing how much it costs to produce milk solids and looking for efficiencies.

"It's evident driving past farms that there are more Jersey cows in herds and at the same time there is a growing demand from consumers for Jersey milk," he said.

"It's a challenging time, but the Jersey is the cow for it."